The recent discovery of Gliese 581g, an alien planet in the habitable zone of another star, has been an exciting development for scientists probing the galaxy for signs of extraterrestrial life. At least one claim of a possible signal from the planet has already surfaced – and been met with harsh skepticism among the science community.

Following the Sept. 29 announcement of the discovery of Gliese 581g, astronomer Ragbir Bhathal, a scientist at the University of Western Sydney, claimed to have detected a suspicious pulse of light nearly two years ago, that came from the same area of the galaxy as the location of Gliese 581g, according to the U.K.’s Daily Mail.

On the initial pass through of the top-secret Illudium Q32 Space Modulator, decoding and translation of the signal was almost immediate. The system’s software detected multiple languages and messages from the signal.

There is life on other planets !!!!

The messages had a single sender too, sort of a clearing house/switchboard for intergalactic communications.

The initial and quite amazing ‘howdy’ from the signal sending entity:

“Hello to all on the planet you call Earth – near the star you call ‘The Sun’. We have known of your existence for many of your ‘centuries”, have studied the quite quick growth in your technological processes and now present several messages from a few locations in what you call ‘the universe’.

We know several people in your section called The United States have worked together and developed the technology for receiving this transmission and possibly even responding to us. We are quite impressed with these three young people in their second decade of existence and will communicate the messages translated and adjusted to language and terms easily understood by all in The United States.

We would like to pay a visit to Earth soon, as we have much in common and could quite probably learn great things from each other.

Aside from our saying hello, here are the four initial messages for Earth’s newly set up intergalactic communication system:  Again, we have taken the liberty of translating all indigenous planetary languages and converted the messages to language easily understood in The United States and in message numbers two three and four, have added some commentary so you will understand context easier.”

Hello to all of Earth !  It is a pleasure to welcome you to the family !

We of the planet Ixliplix in the Megadorkfish Galaxy wish to know if anyone on Earth has seen one of our well-known explorers. He unfortunately should not have been sent on a long-term mission.  Please do not worry though. He is not at all dangerous in any manner physically.

A communication error occurred at our control center and we did not realize the mistake until almost sixty-five of your years had passed.  We did receive a somewhat rambling communication from him a short time ago and think we have found his possible Earth name.  After studying your society for a while and understanding your civil structure and naming rituals, it does seem an odd name.

But since you would not be able to pronounce his real name, nor spell it with any language currently on Earth, we have included an image of him using your quite interestingly simple and fantastic technological “jpeg” format. According to the Ixliplix computer files and our own office’s personal memories of him, he has always shown a tendency to seek limelight through attempting to achieve a governing office wherever he has traveled and stayed for any period of time.

We sincerely wish that when you do locate him, that he has not assumed any such position, mainly because it is not our intention to ever interfere with any other world’s governance.  But please be fully aware that if he has risen to a governance position, he’s prone to some quite odd rulings. Ixliplix officials ask you attempt locating our gent using your somewhat odd naming system that calls him The Wax Man.

Here is his photograph adjusted to what our computers developed for his age at this time:

We look forward to meeting everyone on Earth soon

Once again, welcome to the planetary family !

The leaders of Ork will send an official welcoming message shortly, they are very nice folks, but a tad odd at times.  Apparently they’ve needed something important communicated to Earth for quite a while and have asked us to include this short message whenever your ability to receive transmissions was realized. They say you will all know the meaning:

“You can keep him. He stopped being funny while doing Popeye.” 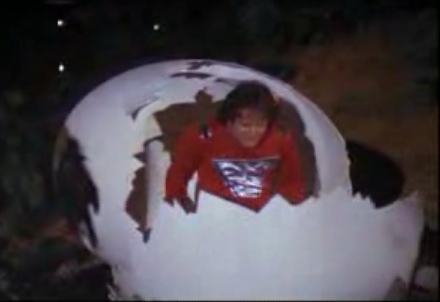 From the planet Iota Geminorium IV.

Hi Earth !…….  We didn’t think your planet was technologically advanced to the point of exploration……. How did you know about our favorite pets enough to feature them in an entertainment show along with our planet’s leading promoter Cyrano Jones ? It will be a true pleasure to meet all beings of Earth in the near future. The last message comes from one of our long-time friends who are very very far away.  The name of their planet and inhabitants have no translatable form in Earth terms, but by the time you meet them, all will be set to go.  To at least find the direction of their location, look to the opposite side of your ‘milky way’ and approximately 750 billion ‘light years’ – it’s beyond amazing they will be able to make the trip to Earth in what is less than two standard days, but it’s true.  They have shared the technology with all of us who are ready and we are truly impressed with the simplicity and capabilities for energy generation and use.

Anyway, they wish to meet you as well are quite nice. However they have one request for you and they are serious as they say they need time in your solar sphere – approximately one Earth year – to acclimate their own physiological structure to such a large gravitational strength and other things like a carbon-based atmosphere. They are much more technically advanced than us, but also quite peaceful and love to meet new friends and exchange technologies – no matter how simple it may be to them and complex to others.

They ask that one of the satellites of one of your largest solar bodies be designated off-limits for that year, as to avoid frightening anyone on explorations from Earth with their very foreign appearances in normal state –  they are what you would call ‘shape-changers’ and will have no problem making Earth’s inhabitants comfortable with their presence. They also do not yet realize that Earth inhabitants are not yet exploring that far personally, but only with machines….. They wish Earth’s exploration services to post notices along the inter-system travel routes noting that the one satellite would be reserved for their exclusive use, as it closely fits their physiology.

On top of that, they don’t yet understand the very subtle nuances in your language and are known for being rather direct at times, so their message for that signage they’re asking you to post may seem a tad harsh in nature.  But we can assure you it is not meant that way.  So please feel free to re-write the message for your own linguistic needs and usage.

ALL THESE WORLDS ARE YOURS EXCEPT EUROPA.

ATTEMPT NO LANDINGS THERE.

The closing from the signal-sending entity:

That is all for this set of messages. We shall meet one day in the very near future for your first, as you would say, ‘close encounter’.  We know a great and amazing relationship will live long and prosper.

OK, enough of the somewhat bizarre attempt at comedy to try and make a point.

Time to get serious and say “thank you” to someone for what is here and also out there……. you know what I mean……. “out there” and “way out there”.

All my life since I was able to think and reason, I’ve wanted to go “out there” just to look down on here and maybe while I was “out there”, I’d be able to “go for a ride somewhere new”.  Even as a kid, I knew the risks – I was hatched in 1959 and the American space program and I kind of grew up together. Don’t remember Mercury all that much, Gemini knocked me out and Apollo….. Apollo.

Ever been almost blown off your feet by nothing more than air and sound pressure ?  That’s the basic way to describe an Apollo launch.  I’ve been to very large concerts – I’ve run sound at big venues too.  Stood somewhat close to jet engines.  Been to implosions and more.  Even went through an earthquake when I lived in NY during the ’80’s.  Nothing compared to the sheer power of Apollo.

Nothing that is, right up until those simply magnificent delta-winged buckets of bolts, tiles and more with vehicle assignments of OV-101 and OV-102.

Two days after my 21st birthday in 1981 and 58 years after the first human being went “out there”, Columbia reached for the sky for the first time.  The memories of that day – like the tears flowing then and now while thinking back – will always be with me.  I got lucky as an about-to-be college graduate.  Yeah, I got lucky looking up in the sky that warm April day just a day’s drive north of where I’m sitting now.  That day, as like today, I couldn’t and didn’t want to stop looking either.

I even had the notion to try and qualify for ‘naut school – knowing that it would be an instant no go, because the two extra eyes in that frame on the bridge of my nose said pfffft on you, boy….. Grounded.

Then in early June of 1985, I got to see the screening of a brand new film – an Imax film – The Dream Is Alive.

A few years after that, one thing solidified it all for me:

That’s when I really knew…… I knew what it was.  I looked up again later than night, saw it all and said “thank you”.

We’ve been here for less than a blink of a cosmic eye and look what we’ve accomplished as humans and also as Americans.

From Ug and Og beating each other over the head in competition for whatever, to the wheel, to the waterborne ship and the obvious from that…… A human needing to take that ship ‘out there’ on the big water, not knowing if the ship was about to fall off the edge of their known universe…… All the while, looking up to the sky and wondering what that stuff was ‘out there’.

Motoring down the generational road, we realize just about everyone is looking up to the sky saying “I can do whatever I want, I can do anything. I can even go ‘out there’ if I set my mind to do it.”

Do you truly understand what human beings accomplished in less than 87 years of real technology ?

Twenty-point-five light years.  Do the math.  That’s not exactly a trip to the corner store for a gallon of milk.

What did it take for us to create that technology ?

HE created us with the gift of thought and dreams.  Everything else is a byproduct.

We don’t reach for the sky either.

We reach for HIM so we can say ‘thank you’.

We’re also not alone.  HE is there with us, saying ‘keep reaching for the sky’.

…..and no Marxist-Jihadi surrounded by Totalitarian Statists will ever take that from us.

The American Flag Gets Canceled
Bonchie