Go to www.RedStateMB.com to get
the Morning Briefing every morning at no charge.

1. Norman Ornstein to the Press Corps: Stop Covering the GOP Fairly to Stop Their Success

2. Did Elizabeth Warren (D CAND, MA-SEN PRI) actually claim minority status for her own benefit, after all?

5. Up to 200 State & Local Candidates in Danger of Being Kicked Off SC Ballots

1. Norman Ornstein to the Press Corps: Stop Covering the GOP Fairly to Stop Their Success

In today’s quasi-bipartisan inane ramblings, Norman Ornstein of the American Enterprise Institute and Thomas Mann of the Brookings Institute want the Washington Press Corps to know the GOP is extremist, destroying the country, and they should all stop paying attention to the GOP or treating them with balance.Nothing says marginal extremism like holding the US House, most statehouses, most governorships, and a plurality of national party ID.Now, we know their target audience is the press corps . . .Please click here for the rest of the post.

2. Did Elizabeth Warren (D CAND, MA-SEN PRI) actually claim minority status for her own benefit, after all?

I hate to admit being wrong, of course, but I’m pretty much stuck here. You see, last week I RedHotted a post where in passing I more or less indicated that I didn’t think that it was particularly fair to ding MA senatorial candidate Elizabeth Warren for her claims of Native American ancestry. When I read the story, it seemed that she had merely repeated it as an anecdote from her family history – which is to say, something that I’ve done myself (family history claims a Huron great-grandmother; I have no evidence whatsoever for this). I also didn’t really think that it was all that big a deal that Harvard University was claiming minority status for her for a time; universities do weird things for publicity, she wasn’t running for office when it happened, and besides, Harvard stopped doing that a while back anyway. I figured that there were more important things that I could be doing with my time.Well. This is what happens when you trust the ethical sense of a progressive politician. It turns out that Elizabeth Warren in fact claimed minority status: specifically, in the “Association of American Law Schools’ annual directory of minority law teachers” from 1986 to 1995 (more about this at The Volokh Conspiracy (via Instapundit), which also has some interesting details about ‘racial fraud’ as a legal concept in Massachusetts). Please click here for the rest of the post.

This is more offensive than Cantor throwing his weight behind Adam Kinzinger’s re-election bid against Don Manzullo. He was successful there, but we need to shut him down in Indiana.The Republican Leader in the House of Representatives is not backing down from trying to drive up Democrat turnout in the Indiana Republican Primary.Please click here for the rest of the post.

The other day I suggested Dick Lugar fire his new media guy.Let’s add another example to the list. His campaign sent out an email blast encouraging people to come to a site supporting Richard Mourdock to read a hit piece Lugar’s new media guy posted about Mourdock’s voting record.The offense? Not voting for John McCain in the Indiana GOP Primary in 2008.But what about Dick Lugar’s voting record?Please click here for the rest of the post.

5. Up to 200 State & Local Candidates in Danger of Being Kicked Off SC Ballots

South Carolina has a mess on its hands and there is a distinct possibility that candidates statewide will be removed from ballots in the coming months.It all started because of a form called the Statement of Economic Interests which was to be submitted to the S.C. Ethics Commission by March 30, 2012. According to multiple candidates, the filing deadline for this form was listed as April 15th on the Ethics Commission website so when the 30th passed, they were dumbfounded to discover that they might not be eligible to run.Now lawsuits have been filed in response to a deadline extension that was granted by the South Carolina Ethics Commission to deal with the confusion of the allegedly misprinted deadline dates.Please click here for the rest of the post. 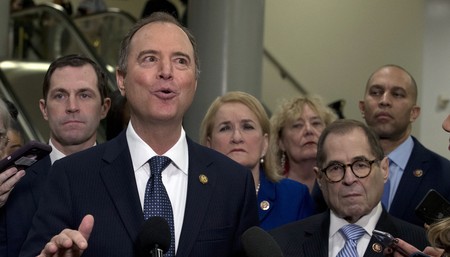 The Danger in "Safety": How PC Culture and Safe Spaces Is Putting Us All in Harm's Way