Why Obama Delays Asking for A Declaration of War against Terrorism?

When you have in excess of 500,000 thousand people on a terrorists watch list, as members or sympathizers to an organization that has declared war on America and the world, you think our government would get it.

Obama’s catastrophic failure to acknowledge that America and the world is at war with radical Muslim jihad Islam-ism, by NOT asking the Senate and House for a Declaration of War, now is his failure alone.

Unfortunately his predecessor George Walker Bush failed by not asking the House and Senate for such a Declaration, perhaps because his party did not control either the Senate or House as Obama’s party now does?

With continued attacks, seemingly at will, by jihad radical Islamist or Muslims extremists’ fanatics, against innocent American and other world citizens, what is taking Americans Commander in Chief, President Barrack Hussein Obama, so long in asking the Senate and House, which his party controls, for a Declaration of War.

Is this the cover he along with his administration is hiding behind, so they can continue their playing of partisan politics, of picking and choosing which terrorists will be prosecuted under a civil criminal show trial for the world to see?

Instead of all his hype rhetoric, of hope and change, he failed to honestly and effectively deal by referring to this latest terrorists act as done by a criminal suspect who allegedly tried to ignite an explosive device on his body.

Barack Hussein Obama must no longer hesitate and should immediately ask the Senate and House, which are both under his party’s control for a Declaration of War against terrorism.

Then advise the American people and the world that any and all attempted criminal acts of terrorism by jihad radical Islam-ism or Muslims extremists’ fanatics henceforth will be considered by the United States as an attempted and continuing act of war by enemy combatants who all will be immediately turned over to the United States Military Police, under the Geneva Convention, for detention, interrogation, imprisonment and trials under USA laws for Military tribunals.

Until he and his administration follows through by asking for a Declaration of War against terrorism, his is playing with the security of the American people by his continued picking and choosing of these enemy combatants for his partisan politics for show trials and giving these enemy combatants Miranda rights and stopping all interrogation of them by lawyers paid for out of public funds.

Dictionary.com Just Chose Its Word of the Year — and It’s as Silly as You Expect
Jeff Charles 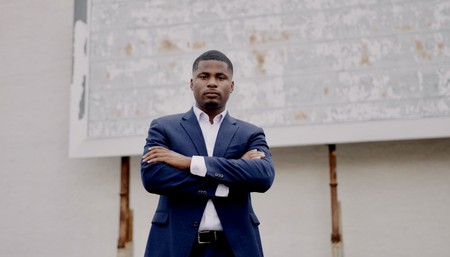 BREAKING: Biden Forced to Withdraw Another Stalled Radical Nominee
Townhall
'Sir, do you even remember what my question was?' Prosecution just needs to sit back and let Jussie Smollett continue to bury himself
Twitchy
Biden-Putin Call Gets off to Rocky Start Because Joe Is Classic Joe
Redstate
Jussie Smollett's Takes the Stand and His Story Goes From Ridiculous to Outrageous
PJ Media