From the blog at LaborUnionReport: 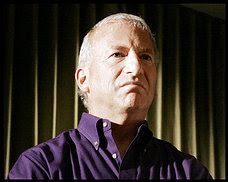 The Purple People Eater and ACORN benefactor, the Service Employees International Union (SEIU) is gearing up for the 2010 redistricting battle, according to Politco’s Ben Smith.

Political actors are beginning to invest in the 2010 redistricting battles that will be decided in large part by state legislative elections, and SEIU, I’m told just hired a prominent California union official to run its national campaign.

The official, Courtni Sunjoo Pugh, was SEIU California’s executive director and a political player in the state. She’s returning to Washington with the title of National Redistricting Project Director.

This comes on Friday’s revelation that SEIU also wants illegal immigrants counted in the 2010 census.