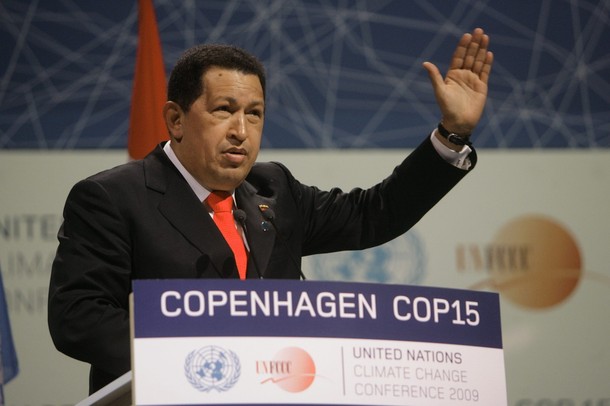 Venezuelan Dictator Hugo Chavez received thunderous applause and standing ovations during his anti-capitalism speech at the climate change summit in Copenhagen yesterday. The Marxist dictator strayed from his notes and ranted for 45 minutes — far beyond his allotted five minute time.

Chavez charged that capitalism is what’s ruining the planet. He said:

Chavez’ speech was enthusiastically received by the audience. He claimed that socialism is the way to save the planet and nearly brought down the house after pronouncing “capitalism is the road to hell….let’s fight against capitalism and make it obey us.”

Cross posted to The Daily Dose

We Live In the Good Times that Create Soft Men