2009 Virginia Elections: Fairfax County Report Pt. 1, Not as Blue as you Think

This year we have an election in Virginia.  Obviously, the national focus is on the three state-wide races.  However, I’d like to remind everyone that the Virginia House of Delegates is up for election as well.  The Democrats are only a handful of seats away from taking over the House.  We can not let that happen.

At the June Fairfax County Republican Committee meeting, House GOP Whip Eric Cantor (VA-7) came by and spoke for a few minutes.  Cantor noted that Fairfax County is now the front line in stopping the Democrats and their agenda nationally.  I think he’s right.  And I think that we are in a good position here in Fairfax County to advance the cause of limited government, fiscal responsibility and all those other ideals that the majority of Americans believe this year … the first battleground of the 2010 national elections.  We’ve already had a small but decisive victory in the past few days in the 44th House District (subject of my next diary entry featuring GOP candidate Jay McConville.  Go here to get a sneak peek at Jay and to help him out with a donation).

I don’t have connections throughout the Commonwealth, but I do have a few here in Fairfax County.  In the coming weeks I hope to introduce my fellow RedStaters to at least some of the 17 Fairfax County GOP House of Delegates candidiates and ask that you lend them whatever support you can.

A bit of recent history …
Fairfax County is home to 17 full or partial House of Delegates districts.  A map of the county broken into House district is here.  Two years ago, 14 of 17 districts went to the Democrat … including 10 gimmes because no Republican ran.  Contested races broke 4 to 2 in favor of the Democrats.  We had one GOP candidiate run unopposed.  Full 2007 Fairfax County election results are here.

In short, the Democrats won most of their seats in 2007 because they had no competition.

We all know that nationally the GOP did not fare well in 2006 and 2008.  One would have assumed that the Democrats would have an easy go of it in early 2009 in a series of special elections.  After all, Virginia Gov. Tim Kaine was newly minted Chair of the DNC and Pres. Barack Obama was riding high on a wave of popularity.  But the Democrats did not have an easy time.  Sure they won 2 of 3 special elections…barely.

Then in early May, just up the road in Alexandria, the heavens opened and the ground shook.  A Republican and a GOP-leaning Independent were elected to city counsel…the first time in six years that anyone not a Democrat was elected.  See here and here.

Where we stand today…

The GOP has 15 very good candidates for the 17 districts and partial districts in the County.  Here’s the list.  just click their name to get to their web site.

I’ve set off one candidate in particular, he being Jay McConville in the 44th District.  I pay special attention to Jay because events of the past few days put him in a very good position to take this seat from the Democrats.  I will post a diary on Jay in the next day or two … but let it suffice to say that the 6-term Democrat incumbent, who was also a member of the Democrat House leadership, QUIT THE RACE!!!  I do not have all of the details, but I think Jay chased the incumbent off of the field when she saw the fund-raising figures.  I also think that this caught the Democrats by surprise.

The Democrat Response to the 2009 GOP slate of Fairfax candidates…

Well as one would expect from 21st century Democrats, we get ad hominem attacks, to wit:

The Fairfax County Republican Committee recently issued a press release trumpeting their latest crop of candidates. From the Democratic Party’s point of view, this group of candidates coupled with the three statewide nominees is the biggest gang of anti-government, obstructionist, ideological demagogues that the Republican Party has ever inflicted on Fairfax County.

For those of you in 44th House District, the Democrat candidate who wants your vote is the author of the above slur.

For too long Fairfax County has been seen as becoming Blue.  I’m tending to think that the Blue was caused by hypoxia and hypothermia.   The color is coming back to Fairfax County … a nice healthy, glowing Red. 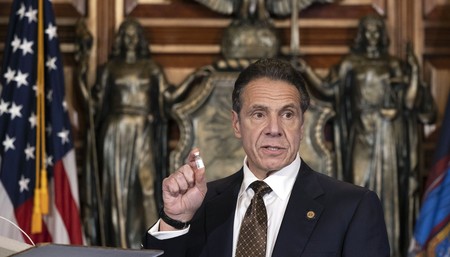 No Thanks, I’ll Be Skipping the Inauguration
Townhall
Maher: Don’t confuse 5,000 rioters with 74 million voters
HotAir
'Nothing whatsoever could go wrong'! Democrats' popularity will definitely skyrocket if they go this route to fight domestic extremism
Twitchy
Insanity Wrap #127: Why Joe Manchin Is Never Going to Switch Parties
PJ Media