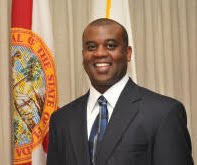 The investigation by the Volusia County Sheriff’s Office and the State Attorney’s Office revealed that Henry and Robinson devised a strategy to boost Henrys re-election bid by obtaining absentee ballots for numerous people, most of whom never requested the ballots. By law, residents are only allowed to request absentee ballots for themselves, immediate family members or for someone for whom they’re acting as legal guardian.

Testimony from people for whom absentee ballots were requested revealed various schemes; some received the ballots in the mail which were never requested by them and shortly after, a Henry campaign volunteer would knock on their door to have the ballot filled-in. Other ballots were in the name of long gone residents, inactive voters and other ineligible voters.

As in the past, it is impossible to assess how many ballots in the City Commission election were falsified.

All these schemes are quite common in Daytona Beach politics. This is one of the methods which explain how other corrupt commissioners have gotten into power to serve special interests.

Robinson admitted to the scheme and said that Henry knew of and approved of the tactics to get elected.

Today’s corruption-plagued Daytona Beach has suffered a systematic plunder of public assets to the service of a few multimillionaire “capos” which have left the nearly-bankrupt city depleted of funds for public services.

During the past few years, it is estimated that over half a billion dollars have been diverted or otherwise wasted in projects ranging from funding of personal indulgences of the “capos” to gifts of funds, overpriced purchases of property, and gifts of public property to political contributors and even commissioners themselves.

Several criminal complaints have been filed over the years by residents against Daytona Beach public officials. All remain unprosecuted.

It is believed that the relatively small Henry case is a diversionary tactic to take attention away from the real problem in Daytona Beach: Institutionalized Corruption. Henry also made enemies of fellow City Commissioners and City Management by supporting the Daytona Charter Stand Amendment which would limit their power to divert public assets to cronies.

Late Wednesday morning, both men surrendered to investigators with the Sheriff’s Office and the State Attorney’s Office and transported to the Volusia County Branch Jail in Daytona Beach. If found guilty, each man is facing up to 5-years in prison and up to a $5,000 fine for each felony count in the indictment.

Henry, assistant principal at Daytona Beach’s Mainland High School, has been placed on leave by the school district, where he has worked for 18 years.

It's Over: Senate Republicans Defeat Corrupt 'For the People Act'
Townhall
Public comment shut off, Loudoun County sheriff’s office declares school board meeting an unlawful assembly, arrests two
Twitchy
Women Want to Know Why Men Don't Want to Marry Anymore...Allow Me
Redstate
The Morning Briefing: Progressives Are Having a Rough Time and It's Glorious
PJ Media