Rebuilding the GOP After Trump- Part 1 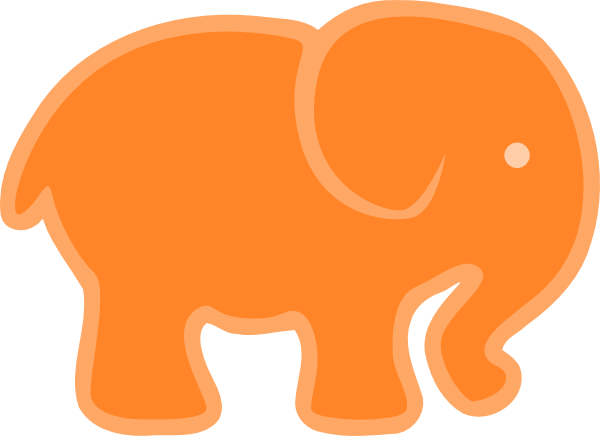 Every indication for November is that Donald Trump is headed for serious defeat at the hands of Hillary Clinton.  There is a very real risk that he will take control of the Senate down with him.  For the Republican Party to survive, they have two options: (1) hope Hillary Clinton overplays her hand somewhere and there is a backlash as there was in 2010 against Obamacare, or (2) remake the Republican Party.  As we’ve seen with option (1), it does not always translate into national electoral success, and it is too dependent on outside players doing something wrong.  Obama expended so much political capital on Obamacare, it cost him the House in 2010, but he won reelection nevertheless.

Instead, the option over which the GOP has control and the option with the greatest possibility of long-term gain is the second option.  Donald Trump must be the last GOP candidate that represents the old Republican Party.

The electoral map is stacked against the Republican Party.  Eliminating the so-called swing states, the Democrats start with a 227-191 electoral vote advantage.  But, if we look at reality, the number of swing states is not that large.  I would discount Pennsylvania, Nevada and Iowa.  That brings the count to 259-191.  This is the so-called “Blue Wall” that Republican candidates must scale every four years.  Unless changes are made, the GOP will exist as a regional party relegated to the Deep South and a handful of sparsely populated Western/Midwestern states.

A Trump candidacy proves what many fear in and outside Republican circles- the GOP has become or risks becoming a party of white nationalism.  If so, it becomes increasingly difficult to pull those swing states into the Republican orbit.

Compare the two conventions this year.  The Democrats had a day and a half of rancor over the Wasserman-Schultz controversy, then it was gone.  The GOP endured three days of rancor.  Democrats are better at hiding their dirty laundry.  Admittedly, the GOP has a more contentious candidate in Trump which underscores the need for reforms in how the Republican Party chooses their nominee.  It starts with closed primaries.  There is nothing that demands broad-based democracy in the choosing of a party’s nominee.  In fact, as organizations there is a greater argument for having stringent, closed procedures.

To many, there is a push for ideological purity as if there is some imaginary checklist out there that must be completely filled out before one is considered a “conservative” or a “Republican.”  When given the chance at governing, the GOP has dropped the ball.  How can any voter believe the Republican Party when they say they will abolish, for example, the Commerce Department when that same party brought you Medicare Part D, No Child Left Behind, and the 2002 Farm Bill?  Yes- they angered the true conservative Republican dedicated to smaller government, but more importantly it illustrated to the general electorate an ignorance of a core Republican value; they gave lip service to small government, but acted much differently.  That is the classic definition of hypocrisy.  So let’s alter that definition a little going forward.

Instead of an insistence on “smaller government,” the new GOP must insist on “effective government.”  Some of that will necessarily involve trimming the bureaucracy and reducing the size of the Federal government.  But, there is a need for certain departments that are on the conservative hit list.  Even if we abandoned the income tax tomorrow and relied on a national sales tax, for example, there would still be a need for an “IRS” for collection purposes.  Saying one will “eliminate the IRS” is a great soundbite designed to elicit a standing ovation, but it is just not reality.

When the GOP was a functional party there was less talk about smaller or larger government.  The emphasis was on effective government.  It is great (and I agree) to state that Obamacare must be repealed.  The bigger question is: to be replaced with what?  Admittedly, there are alternatives bandied about coming from think tanks and policy wonks.  The GOP must advance reforms while dismantling Obamacare.

That, unfortunately, will involve something that many view as a dirty word- “compromise.”  However, compromise is essential to a functional democracy.  There are likely many areas where conservative and liberal interests come together, but the hard-core on both sides dig in their heels and resort to apocalyptic rhetoric.  Sometimes accepting a glass half-empty is better than accepting an empty glass…or one with filthy water.  True reform will likely not make either side 100% happy.

Likewise with immigration reform.  Marco Rubio stated that it was difficult to put forth an economic and jobs plan and tax and health care reform when the perception existed that deporting one’s grandmother was there.  Some framed this as a messaging error.  The fact is that we lack the financial means and logistics to deport 11 million people.  “Pathway to citizenship” need not equal “amnesty.”  Amnesty assumes something for nothing while most proposals insist on several things before whatever you want to call it becomes reality.

Of course, we must, as a sovereign nation, establish control over our borders.  Some of that entails building barriers or increased patrols and enforcement.  It entails stopping the proliferation of “sanctuary cities.”  It entails removing the impetus for coming here illegally in the first place- jobs- by workplace enforcement and verification of one’s legality to work in the United States.  It entails a worker visa program that is time-limited and portable.  BUT, it also entails dealing with the approximate 11 million already here, especially the long-term ones who patronize your business and sit in your pews.

Another area is education where conservative opposition to Common Core preceded the now generally-accepted rejection of it.  On this, conservatives were ahead of the curve, but mainstream liberals and fence-sitting ones are now against it.  Only the hardcore liberal favors Common Core.  I know for a fact and from experience that teachers hate it.  This is a perfect vehicle to drive a wedge between teachers and their unions (who accept it).  School choice is another area where conservatives are ahead of the curve, but we are ceding that legacy to liberals through watered down charter school laws and the like.

A plethora of good policy solutions to a variety of problems come from the Right and the GOP- sometimes not always synonymous.  A good start to rebuilding the party is articulating those ideas, sticking with them, and ensuring candidates follow them.  You are not going to please everyone all of the time, but just as functional governance involves compromise, so too is compromise within the GOP important in this area.  Broad principles with latitude in achieving their goals in the operational sense should be a winning formula going forward.