The Trump Effect on the Senate, Part 5: Missouri 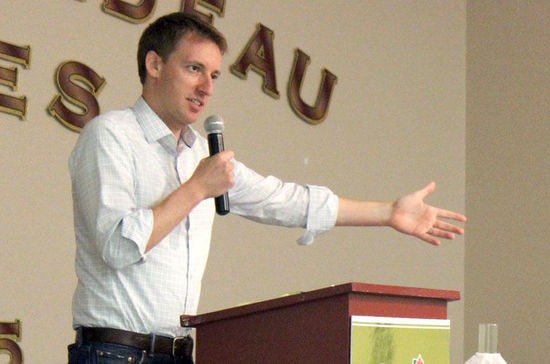 The Senatorial race in Missouri is a double-edged sword for Republican incumbent Roy Blunt.  On the one hand, voter frustration with Washington DC and career politicians has partially propelled Donald Trump to the top of the GOP ticket.  Roy Blunt is on the Senate Rules Committee and the powerful Appropriations Committee.  He is Vice-Chairman of the Republican Conference.  In many ways, he powerfully represents the so-called “Washington Cartel.”

And he has been in politics a long time at either the state or national level having served as state secretary of state, as a member of the US House and Senate, and working for former Attorney General Ashcroft.  His wife is a key lobbyist for Kraft foods and his one son- Matt, a former one-term Missouri Governor- is a lobbyist for Detroit automakers.  Another son and daughter are lobbyists in Missouri also.  At a cursory glance, Blunt would look like a potential target by the Democrats.  With Trump at the top of the ticket, the target just got bigger.  And it grew even larger with the emergence of a viable Democratic challenger in current state secretary of state Jason Kander.

Trump won the Missouri primary by less than 2,000 votes over Ted Cruz.  As was the case in most states, Trump handily lost the female vote.  And 78% of the electorate that considered themselves conservative voted for Cruz and Cruz won the evangelical vote in Missouri.  Finally, among the majority who said the candidate shared their values as the reason for voting for who they did, Ted Cruz easily won that category.  In fact, Trump placed below John Kasich in that category according to the CNN exit poll.

Obviously seeing these weaknesses in support for Trump in Missouri, his likely Democratic opponent Jason Kander has been trying to simultaneously link Blunt to Trump and as a Washington insider.  From Blunt’s perspective, he has (like most Republicans) stated that he supports the eventual GOP presidential nominee no matter who that is, but has not openly endorsed Donald Trump.  He has stated that he will not attend the Republican convention in Cleveland, but has stopped short of saying it was because of Trump.  However, in the recent meeting between Trump and GOP leaders in Washington, Blunt was present.  As for his absence from the Cleveland convention, Blunt asserts it is because of the Missouri Senatorial primary two weeks after the convention.  Regarding that primary, Blunt has some token opposition.  Incidentally, Kander has “competition” from one of the most interesting names running this year: marijuana activist Wana Dubie.

And Blunt is not exactly a darling of the conservative movement.  At one point, Todd Akin considered entering the race as a more conservative choice against Blunt.  Heritage Action gives Blunt a lowly 59% rating with the Club for Growth rating him even lower at 47%.  Akin’s complaint was that the GOP was ignoring social issues in favor of fiscal ones.  Regardless, he opted against that run, but there is a possibility of an independent run as a truly conservative alternative.  If so, that would seriously complicate this race even further.  The deadline for independents to file is August 2nd.

Perhaps one possible saving grace for Blunt is the fact that Hillary Clinton is disliked as much if not more than Trump in Missouri.  And this is a fact Blunt has seized upon.  He and his campaign have described Kander as beholden to Harry Reid, Nancy Pelosi, Barack Obama and, by extension, Hillary Clinton.  Kander has endorsed Clinton and intends to attend the Democratic convention in Philadelphia this summer.

Additionally, Blunt’s campaign is portraying Kander as being out of the Missouri mainstream based on votes in the Missouri House regarding gun control, health care and environmental regulations when he was a member of that body.  There is also a less than flattering audit of the secretary of state’s office under his tenure and irregularities during the Missouri presidential primaries.  For his part, Kander who served in Afghanistan, is distancing himself from Obama and Clinton on foreign policy and national security.  For example, he opposes the Iran nuclear deal.  And he has gone on the attack against Blunt in this area.

For example, he is criticizing Blunt over his vote against a visa-strengthening bill offered by Democrat Diane Feinstein of California.  Blunt claimed that the bill would not go far enough and supports an alternative bill pending in the Senate, and that the Feinstein bill would have had a bad effect on tourism.  Kander countered that Blunt could not stand up to terrorists if he couldn’t stand up to a lobbyist from Motel 6.  There is also the question of Blunt’s rider on an unrelated piece of legislation which would have helped agricultural giant Monsanto which has donated to Blunt in the past.

In 2008, Missouri narrowly went to McCain, but Romney won the state by about 12 points.  Democrats are counting on a very tight race on the presidential front in Missouri.  They accurately note that Claire McCaskill won in 2012 despite Obama losing the state.  In fact, in 2012 when Romney was soundly defeating Obama in Missouri, voters split their ticket in the gubernatorial race and in Kander’s secretary of state race.  The closer the race is, the less ticket-splitting likely to occur, the theory goes.

Pundits note that state secretaries of state do not have a great rate of success when they aspire to the US Senate.  Blunt was also the secretary of state, but had tenure in the US House between that position and the Senate.  Regardless, the closer the presidential race in Missouri, the better Kander’s chances.  In limited polls thus far, it appears as if Clinton has a good chance of putting this state in play.  Even though Hillary Clinton has high negatives, it is indisputable that Trump’s are even higher.  The fact that Kander has fully embraced Clinton will put the theory to the test in Missouri- will picking the lesser of two evils hurt Republican Senatorial candidates?

As the exit polls seem to indicate, we would not be talking about Roy Blunt’s reelection chances, or Missouri’s electoral votes being in play, had the GOP nominee been anyone other Donald Trump.  It is ironic that Trump won the Republican nomination attacking the Republican Party and its power structure and Roy Blunt is a part of that power structure.