Forty Acres and a Mule With Interest 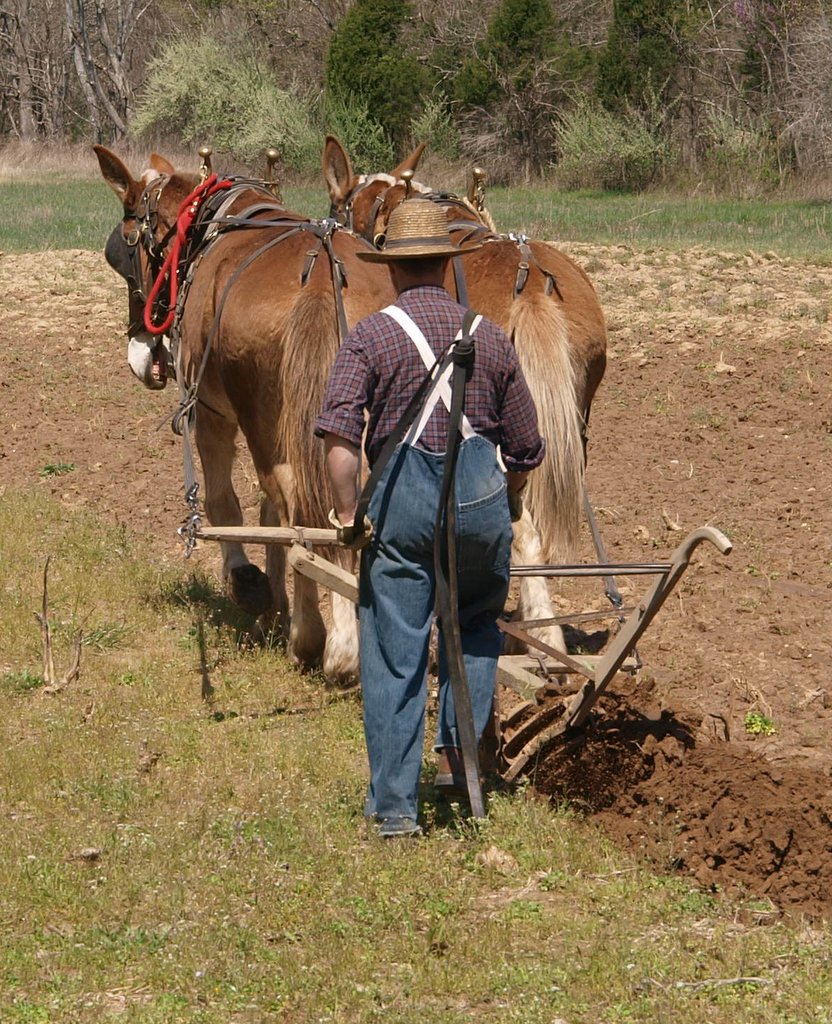 There is this really great cult movie called Better Off Dead which I highly recommend.  It features some great actors from our past like that curly-haired dude who I think shows up repeatedly in the Revenge of the Nerds franchise, perhaps the one named Booger.  It also features a great actress named Kim Darby who usually showed up on The Love Boat television series.  And the father was played by the guy whose name everyone forgets who played Col. Winchester on the M*A*S*H television series after it stopped being funny and became a vehicle for Alan Alda to express some anti-American sentiment.  But, the movie centered around a lovesick puppy played by John Cusack and his repeated silly attempts at suicide over losing the object of his love to the buff champion skier in the school.  The scene where he jumps off a highway overpass only to land in a garbage truck and the two utility workers who witness it and their reaction is classic.

In the movie, there is a subplot involving a really obnoxious neighborhood newspaper delivery boy who keeps showing up demanding his $2.  He haunts the Cusack character throughout including the climactic scene where Cusack is racing down the ski slope pursued by the paperboy only for the poor kid to go off a cliff.

African-American “leaders” like Ta’Nehesi Coates remind me of that paperboy.  Coates, it should be mentioned, is the son of a former Black Panther.  He writes for a variety of Leftist publications.  He rose to prominence with an article titled, “This Is How We Lost to a White Man,” a screed against the commonsense conservative views of Bill Cosby, who happened to be black.  In the mind of Coates, anyone who does not subscribe to his Leftist view of race relations in America is a sell-out if they are black.

But his most notorious article was reserved for The Atlantic titled, “The Case for Reparations.”  Reparations are, for the uninitiated, alleged monetary payments due African-Americans as a result of slavery and subsequent Jim Crow laws passed after the Civil War.  According to one source, in 1999 those payments land somewhere near the $777 TRILLION mark.  My guess is that the total was derived after pulling an arbitrary number out of his butt.

To be sure, in the aftermath of the Civil War, General William Tecumseh Sherman issued Field Order No. 15 to deal with the mass of ex-slaves.  In that order, he gave each freed slave 40 acres and one surplus military donkey in land confiscated from former plantation owners on the islands around Charleston, South Carolina.  This was intended to be a temporary solution to a temporary problem.  After Lincoln was assassinated, President Andrew Johnson rescinded the order and the land returned to its previous owners.  Thus, “forty acres and a mule” came to an end.

Today’s demands for reparations center against many.  Some suggest the US government should pay while others claim that any business entity that can trace its historical roots to pre-Civil War days should also pay since they were complicit in the slave trade.  All of this is nonsense of the highest order.

While not downplaying the injustice that was slavery, African-Americans were not alone in suffering injustices along the way.  Some could make a good case that Irish Catholics were systematically discriminated against, not to mention Chinese immigrants, Japanese-Americans, German-Americans, etc.  The Irish Catholics sort of got at least a day of celebration in mid-March every year (St. Patrick’s Day), but that has descended into a Running of the Leprechauns.  The Chinese have their New Year’s and blacks have a whole month and made-up holiday around Christmas that even blacks don’t celebrate.

In fact, besides being a logistical and fiscal nightmare of the highest order, reparations are the easy way out.   There is also the big bugaboo in the room when it comes to slave reparations…one huge mitigating factor.

Think about this fact: it is estimated that 10 million Africans died before they got on a slave ship and were transported to America.  The reason they died is that their fellow Africans had done the actual enslaving, then forcing them to march to the shore shackled.  The governments of Ghana, Senegal and Benin- all West African countries from which slaves came- have apologized for their role in advancing the trans-Atlantic slave trade.  Likewise, so has the United States government by an act of Congress.

“Not enough” or “a good first step” the reparation proponents shout.  What is needed beyond an apology is monetary compensation.  Despite African tribal leaders actually enslaving their own and selling them to trans-Atlantic slave traders, obviously the governments of Senegal, Ghana and Benin can come nowhere near paying $777 trillion.  No country can!!

The fact is that this entire discussion is moot given that reality.  It is nothing more than something for the radical Left to dream and march about.  They are like that paperboy in Better Off Dead,  occasionally showing up and demanding their $2.  Hopefully, they’ll meet a similar fate and go off the cliff known as commonsense.