What Alexander Hamilton Can Teach Obama and Harry Reid 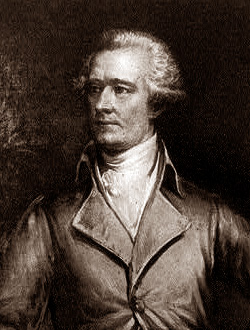 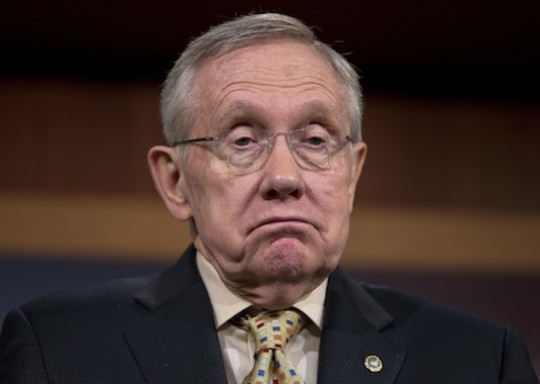 There is much controversy over the GOP leadership in the Senate allegedly not entertaining the nomination of Merrick Garland to succeed Scalia on the Supreme Court.  The Democrats argue that the Senate is supposedly obliged to consider the nomination.  The Republicans counter that any decision could wait until after the presidential election- “let the people have a say” through the electoral process.  Harry Reid and company counter that the GOP is politicizing the vacancy on the Supreme Court and the Garland nomination.

Since our founding, judicial appointments have been political.  Reid and Obama’s assertions to the contrary defy historical fact.  In the past, since the Constitution was ratified, numerous nominees to the Supreme Court have been denied because the Senate disagreed with the nominee’s political party, their stances on issues, or simply because they did not like the nominee for a variety of other reasons.

It is only since the New Deal and then the Warren Court with its expansive view of the Constitution that Supreme Court nominees have taken on greater political importance.  The Robert Bork scenario was rife with political intrigue.  Five years previous to his failure in the Senate to enter the Supreme Court, Bork’s nomination to the DC Court of Appeals barely raised a blip on the political radar.  He was confirmed by a voice vote, not a roll call vote.  But because of highly charged political rhetoric from people like Ted Kennedy, the stakes had been raised.  Bork was not denied the Supreme Court because was unqualified; he was denied because the Senate majority disagreed with his politics.

As originally planned, the judiciary was to be the least dangerous branch of government.  It is only after decisions like Marbury vs. Madison and McCullough vs. Maryland that their importance grew, but even then it is not as great as it is now.  Thus, in the ratification process, there was some controversy that the judicial branch would have the power to possibly over-rule the will of the people.  Hamilton discussed these fears, and others, in the Federalist Papers.  Most important to this discussion was his writings on the appointment process and the Senate’s advise and consent obligations.

Using New York State as an example (where there was strong anti-Federalist sentiment), Hamilton noted that the state’s judiciary was approved by a five-member council of which the Governor was one member.  The Governor also made the appointments.  Thus, if the panel was divided 2-2, obviously the Governor would cast the deciding vote for his nominee.  It was precisely this scenario which the Constitution was designed to avoid.  The greatest fear among the anti-Federalists was a strong Executive.  Hamilton argued for a strong Executive, but one that would be checked by the other branches of government.  He noted that in New York, should there be a disagreement between the legislature and the Governor, the Governor could always count on the judiciary siding with him.  By avoiding that scenario at the national level, the Senate’s advise and consent role in judicial appointments would be a check on the Executive’s power to hold sway over the judiciary.

It is no coincidence that Hamilton discussed judicial appointments in a series of papers addressing the fears of a strong Executive.  He was trying to allay the fears of the New York audience that too much power was being placed in the hands of the Executive.  He even went so far as to suggest that the federal Constitution was superior to the system used in New York- a bold and daring move at the time.  In Federalist #69, Hamilton believed the greatest check on a would-be king was in the Senate.

Today, Obama and Reid put forth the erroneous assertion that the Senate is obliged to give Garland an up or down vote.  This writer does find some disbelief in the assertion of some Republicans (like Ted Cruz) that by the Senate not acting they are following 80 years of precedent regarding Supreme Court nominations in presidential election years.  That is simply an historical by-product that has nothing to due with established tradition or some unwritten rule.  If that were true, then a President should not exercise other powers- like that of pardon- in the final year of office in a presidential election year.

Instead, Cruz and others are on stronger Constitutional and historical grounds by asserting that the Senate is certainly within their Constitutional advise and consent role to simply not even consider a Supreme Court nomination for whatever reason they so choose.  Hamilton basically asserted this very thought.  The states, through the Senate, could check a President’s nomination.  That could include a variety of methods from not even considering the nomination at one end of the spectrum to having an up-or-down vote at the other end of the spectrum.  Regardless, it was this check on Presidential powers that was one of the biggest selling points that led to New York ratifying the Constitution.

Obama and Harry Reid are simply up against what Alexander Hamilton proposed and sold in The Federalist Papers.  Our founders knew full well that there would be circumstances where Supreme Court nominations would be blocked and that they could be blocked for a variety of reasons, or for no reason whatsoever.  If the opposite were true, then the Constitution likely would have never been ratified, especially in the case of New York state.

Hence, to assert that the Senate must take up the Garland nomination or that he is entitled to an up-or-down vote by the Senate is clearly rooted in historical and Constitutional fallacy.  For that, we can thank Alexander Hamilton making the case for exactly what the Republican-led Senate is currently doing…or not doing as the case may be.