Time to Rethink the Death Penalty

The death penalty has been around since our founding and before.  The first known execution occurred in the Jamestown colony in 1612.  There are erroneous assumptions on both sides of the issue that need to be discussed before the issue is actually tackled.  The first is the belief that our Founders somehow disapproved of capital punishment.  In fact, none of them did.  Thomas Jefferson proposed changes to the Virginia constitution which would have limited the punishment to the crimes of murder and treason.  At no time did he advocate the total abolition of the death penalty.  Benjamin Rush along with Benjamin Franklin developed the notion of culpability and degrees of murder before the punishment could be carried out and Pennsylvania became the first state to limit the penalty to murder in 1794.  Yet, the punishment remained.  Furthermore, the scope of crimes varied by state from train wrecking to horse thievery.  Our Founders were intimately aware of the death penalty and approved as the evidence suggests.  Also being the same people who devised the Bill of Rights, obviously the death penalty did not fall under the definition of “cruel and unusual punishment” in the Eighth Amendment.

From 1608 to 1991, there were over 15,000 executions in America.  Since then, there have been about 5,000.  The reason is twofold.  First, many states abolished the death penalty since 1991, if theyever had it in the first place.  Second, the number of crimes for which one can be sentenced to death, or something intrinsic to the accused such as age or mental capacity, have changed over the years.  Today, the Supreme Court recognizes only homicide with aggravating circumstances as an acceptable use of the death penalty.  Rape was discarded in 1977 and even the rape of a child more recently.

In a 1958 Supreme Court decision, the Warren Court signaled a disapproval of the death penalty based on a strange theory of “evolving standards of decency.”  This led to the 1972 Furman decision which enacted a 4 year moratorium on the death penalty when laws in 40 states were struck down.  Since then, the death penalty has been reinstated in many states.  The United Nations Declaration of Human Rights outlaws capital punishment and the European Union also has banned its use.  The United States along with Japan are the only industrialized countries with capital punishment.  However, the United States Constitution is not subservient to the United Nations Declaration of Human Rights.

The next question is whether capital punishment serves as a deterrent to crime.  There is ample statistical evidence to prove that it is not a deterrent.  The murder rate in non-death penalty states was 3.88 per 100,000 population versus 4.72 in death penalty states in 2013.  That is a 22% difference- to large to ignore statistically.  Those charged with investigating and deterring all crime (police and prosecutors) rank the death penalty dead last as a viable deterrent.

If not deterrence, then why should there be a death penalty?  The answer is simple economics.  Although there are disparities among states, it costs considerably more to keep a prisoner on death row than it does to incarcerate them for life without parole.  In some states, the increased cost is on the magnitude of $3 million.  In California, it costs $90,000 per year more to keep a prisoner on death row.  In New York, they expended $170 million in one nine year period on death row prisoners with no executions performed.

The next obvious question is why?  Besides being segregated from the general prison population and the associated costs, the bulk of it is in legal costs during the appeals process.  And over the years, lawyers, prisoner advocacy groups, death penalty abolitionists and prisoners have become quite adept at raising legal challenges.  If we are to reform the death penalty, the streamlining the appeals process is the obvious place to start so that the obvious cases of guilt can be adjudicated.  In 1984, the average time between sentencing and death was 74 months.  Today, it is an astounding 190 months (greater than 10 years).  The legal wrangling has become so perverse so that now the delay itself which is instigated by the convicted, some argue, is “cruel and unusual.”

Once convicted and sentenced to death, some states mandate an automatic appeal to a state appeals court.  Others require that an appeal be filed.  But, the first recourse is the state courts where the trial record is examined and any discrepancies or infirmities in the judgment or sentence adjudicated.  During this period, the convicted can raise issues that are outside the record.  Some examples are ineffective counsel, juror misconduct, newly discovered evidence, or prosecutor misconduct (such as holding back exculpatory evidence).

Once all state remedies are exhausted, they can then appeal to the federal court system first to a US District Court, then to a Circuit Court of Appeals and finally to the Supreme Court.  Each step includes separate filings and separate hearings before a judge or judges.  Hence, the time frame between sentencing and actual execution has been increased.  The most recent cause du jour is a claim of ineffective counsel.  The majority of death row prisoners are poor and/or young (between 20 and 29).  As a result they often have lawyers assigned to them by the courts.  In many cases, they lack the necessary resources to defend a client.  However, to claim this one must prove that the attorney’s performance was deficient AND had it not been for that deficient performance there would have been a different outcome in the trial or the sentence.  As one can tell, that leaves a lot of discretion (and delay) to the appeals court judges.

In order to streamline the process, perhaps it would be better if the following reforms were enacted.  First, all death sentences should be automatically appealed to a state court for examination of the trial record to discover any discrepancies or shortcomings with referral to the state’s highest court for final decision.  We can all agree that we should only execute the truly guilty and if there is a scintilla of doubt, one should err on the side of caution.  Second, instead of exhausting state appeals and then beginning the whole process over at the federal level, a corollary federal appeals process could begin at the same time as the automatic state appeal.  This could be referred to the District judge in which the death sentence occurred.  This would not necessarily over-burden the federal courts.  In 2013, only 80 people were sentenced to death nationally.

Of course, it is possible that two courts can come to different conclusions regarding the appeal.  In those cases, deference should be given to the state court unless there is a federal question involved.  If the state finds no problems, but the federal court does acting independently of the state court, then the state appeal process ends and it automatically reverts to the federal court for a final outcome.  Furthermore, there should be time limits on the process (perhaps 180 days at the initial bifurcated appeals juncture).  Another 180 days before a state supreme court for final adjudication at the state level would then be imposed.  Assuming the federal court finds no problems, the appeal process would end there cutting the time from sentencing to execution from 190 months to 12 months.  Hence, a state avoids the costs of keeping that person alive for over 10 years.  Assuming the federal court finds a problem, then 180 day limit would be imposed on an Appeals Court, but not until after the state remedies have been exhausted.  This would add another potential year to the process, but that is (1) only if the federal court finds a problem and (2) it is still considerably less time and more cost-effective than the current system.  The prisoner is not being denied due process.  In fact, if anything they are receiving more due process than what they are probably due.  It is all automatic, independent and simultaneous.

On final thought: often left out of the discussion is the survivors of homicide victims.  In response to a “solitary confinement as cruel or unusual” case, Justice Clarence Thomas had this to say about the issue: 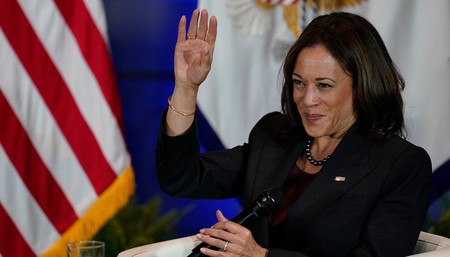