As of March 31st, we are one-eighth through the 114th Congress of the United States Senate.  One thing most obvious right now is that more amendments to bills have been considered, debated and voted upon in three months than has occurred over the previous 24 months with Reid in control.  That is a good thing.  The second observation is that the Democratic Party is no more above partisanship and “obstruction” than what they accused the GOP of when they had control.  That squarely places them in the definition of hypocrisy.

Based upon Republican Senator votes on 128 roll call votes through the first three months of the 114th Congress, it is time to issue their interim report cards.  And thus far, there is only Republican Senator with a perfect record- Inhofe of Oklahoma.  Anyone with a interim score of 86 and above is considered “passing,” with a score of 72-85 is considered “borderline,” and anyone with a score lower than 72 is on the road to “failure.”

All Senators are considered “passing” at this point other than the ones listed below:

The first marking period ends at the end of June and their grades will be posted the first week of July.  These will be the “A” through “F” format based on traditional parameters (pluses and minuses will also be included). 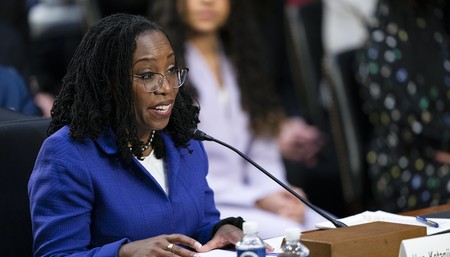