The United States Supreme Court will pretty much wrap up oral arguments this month for the current term. As of this writing they have yet to decide six cases heard in the October through December sessions. April’s cases are not particularly earth shattering, yet the Court will still be presented with some interesting questions. The most interesting of the mix is actually a patent case. Specifically, the Court will be asked whether human genes are patentable. Myriad Genetics is a company in Utah that removes and isolates genes from blood samples. Using these isolated genes and studying specific fragments, they can then diagnose whether the person whose genetic material they are studying are at risk for breast or ovarian cancer. Clearly, the federal government is tasked with passing patent and copyright laws. In fact, the first patent law was passed in 1790. In 1980, the Supreme Court ruled that “natural processes or phenomena” cannot be patented. Myriad, however, argues that the process developed for isolation and analysis involves human ingenuity and the products are patentable. They have twice prevailed in the Federal Circuit but now a group of doctors, clinicians, laboratory experts as well as some patients have taken the case to the Supreme Court. Obviously, the purpose of patents is to grant the holder a monopoly for a specified period of time as an incentive to create. The fact the Court took this case after once before remanding to the lower court indicates that they are now prepared to put the issue to rest once and for all.

There are five criminal law cases on the calendar in April. Two of them will continue along a line of cases that have bedeviled the Court in recent terms- the concept of effective counsel. One case involves plea agreements while another involves attorney-client privileges. Part of the problem with this line of cases is that often claims of ineffective counsel are asserted by convicted defendants upon appeal. While this can sometimes involve very technical matters, by its very nature the term “effective” is obviously subjective. There is no existing checklist for lawyers to follow to absolve them of being accused of being “ineffective” later on. Each case is different and the criteria for effectiveness can change from case to case at any point during the process- arrest to sentencing. Another case involves Fifth Amendment rights and at what point Miranda warnings should be issued while another case out of Michigan deals with the diminished capacity defense in criminal proceedings.

Perhaps the most important or interesting criminal case in April deals with the national Sex Offender registry. At issue is a person convicted of a sex offense prior to enactment of the federal law and whether he now has to register as a sex offender. Prior to enactment of the federal law now in effect, known as SORNA, there was a patchwork of state and federal registry requirements where many sex offenders were slipping through the cracks. SORNA meant to correct those deficiencies and create some uniformity while closing the loopholes. The defendant in this case had been convicted in 1999 and served a three year term. Before passage of SORNA in 2006, he had registered as a sex offender under Texas law. He then moved so from El Paso to San Antonio but failed to register there which was in violation of the newly enacted SORNA. It should be noted that the defendant in this case was accused of having sex with someone under the age of 16 while in the military, served three years in a military prison and was dishonorably discharged. Under Texas law at the time, he had registered as a sex offender. The “crime” at issue here is his failure to register under SORNA.

Other cases of importance mainly to lawyers will be one involving adoption rights, illegitimacy and when state laws over parental definitions conflict with federal law. Also, there are cases involving state compacts over water use and one involving insurance benefits. Another involves which avenue of complaint should be used for resolution of discrimination claims involving state or local employees.

There are two other cases of interest. The first- American Trucking Association vs. Los Angeles- is interesting because it has been kicking around for some time now. In the 1980s and 1990s, the federal government deregulated the airline industry. Based upon the success of that program, they later deregulated the trucking industry and specifically stated that the federal law preempted state and local regulations as they related to price or routes for trucking companies. When the Port of Los Angeles announced plans to expand, many environmental groups objected. Mainly in response to those concerns, the city of Los Angeles enacted certain regulations regarding trucks accessing the port and transporting cargo. In the federal law, states and localities are permitted to regulate carriers provided it is in compliance with state motor vehicle safety requirements. Originally, there were 14 regulations contested and a lower court determined that nine of them were preempted by the federal law. If one looks at these regulations, except for possibly one, one fails to see how truck safety is enhanced which would be the only justification against preemption. For example, the regulations basically exclude independent truckers which smacks of pro-unionism. The obvious purpose of the original deregulation is to create efficiency and to reduce costs. These regulations generally fail on both counts. This case is interesting because it illustrates how environmentalists have achieved their goals not on the merits of their arguments, but by back-door methods under the guise of “safety regulations.” In short, the regulations are nothing more than environmental harassment of the trucking industry. Unfortunately, it is truckers and consumers who suffer through reduced port access and higher prices. Hopefully, the Court will see through this ruse and strike down the regulations.

The final case is a First Amendment case. In an attempt to decrease human sex trafficking and prostitution, the federal government requires that any non-governmental organization (NGO) receiving federal funds directly or through subsidiaries have a stated policy against these practices. The Agency for International Development (AID) is responsible for disbursing these funds. One such NGO argues that this violates their First Amendment free speech rights. The lower court ruled that this restriction imposed a viewpoint-based restriction on the use of funds. It is obvious that Congress can attach conditions on the receipt of funds based upon its findings. Since most of these funds are expended abroad, it would make little sense to identify and treat those suffering from HIV/AIDS (the law at issue here) without addressing the underlying causes of which prostitution is clearly one of them along with hypodermic drug use, homosexual sex and other means of transmission. For example, Congress determined that 40% of prostitutes in Cambodia had AIDS and that trend was seen in other developing countries which is where most of these funds went.

Clearly the respondents cannot deny that prostitution and human trafficking along with homosexual behavior and drug use do not spread AIDS/HIV. These are proven facts. Instead, the respondents argue that the government is forcing them to accept a particular government-mandated view. Furthermore, certain international organizations which also receive these funds are exempt from the policy requirements. That fact may be a cause for concern for the government’s argument. That is, why are these organizations exempt from the policy proclamation but not others?

The reason may be that these organizations, many of which are chartered under the United Nations, already have stated policies against prostitution. What the respondents are basically arguing is that the law is designed to provide the financial resources to fight HIV/AIDS on an international level while this provision in the law is forcing an organization to adopt a government-mandated morality. Although this may appear to be a no-brainer win for the government (they can attach conditions to appropriated funds and do it all the time), the fact the Court took this case should give some reason for pause. In a way, the case illustrates the intersection of science and social research with government policy and appropriations. The first inclination is to say that of course the government can attach conditions to the receipt of funds and then cloak those conditions in legislative findings based on scientific or social research. But look at it another way. What if the government predicated the receipt of federal funds upon an organization’s acceptance of contraceptive services? What if the government awarded scientific grants provided the recipient adopt a pro-man made global warming stance? The solution just may be to stop funding international efforts to arrest the spread of AIDS/HIV in other countries. Seems like a cost-saving solution to me… 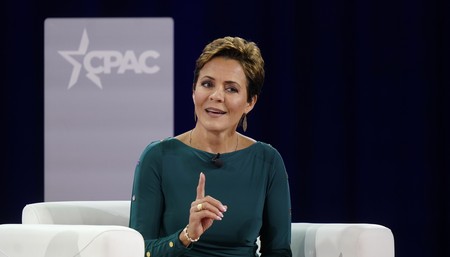