“If we're going to have a nuclear holocaust, I’m going to the buffet first” – National Review 2008 Post Election Cruise – part 2

I’m going to begin my detailed discussions with Sarah Palin. During dinner the first night, the conversation quickly turned to Sarah. One of our table mates is from Oregon, and was worried about how the rest of the country felt about her. It seems one of her independent friends had decided not to vote for McCain when Sarah was selected. I expressed my strong opinion that what we lost in the middle, we more than gained among the base. We didn’t lose North Carolina and Virginia because we didn’t get enough moderates.Later that night I got to talk to Jeri Thompson about Team Sarah (and expressly thanked her for the work she did). Jeri’s face lit up, and she became very animated. Clearly, now that the election is over, she is still very engaged and working hard on Sarah’s behalf. She immediately started telling me about RedState and Operation Leper. Here is a picture of Jeri and me:

(Eat your heart out Erick, I got to have drinks with her, neener neener)

But the “Sarah frenzy” really got started the next day when John O’Sullivan’s turn on the panel came up. He elected to go off topic, because he wanted to start by telling us how wonderful a candidate he thought she is. He was greeted by thunderous applause by the audience, far beyond what anyone on the panel expected to hear.

John then continued his remarks; he worked with Margaret Thatcher before she came to power, and afterwards when she was Prime Minister. He boldly stated that in his opinion, Sarah Palin has all the makings of another Thatcher:

Margaret Thatcher didn’t start out perfect. She had to learn a great deal along the way.

The point is that he thinks Sarah Palin is a natural politician, with all the qualities to be a great leader. After John’s comments, the standing joke whenever a comment would fall flat, was to just say “Sarah” to get applause.

Mona Charen followed up on John’s point by offering that the initial assault on Sarah was due to her incredible personal story, as a living example of the pro-life philosophy. Long before the interviews with CBS, and the “conservative concern about her selection”, the radical feminists were inventing stories trying to destroy her. As I’ve said before, “that which you fear, you must destroy”, and feminists fear Sarah.

Fred Thompson was asked about Sarah, and offered the following sage analysis:

Anne Bayefsky got into the act, showing her solidarity with Sarah, during the “Ladies Night”, by turning her back to the audience, taking her top off (she had a swimsuit on underneath) and wrapping a towel around herself. During the rest of the evening she gave expert analysis in her field of expertise, the UN and nuclear arms control, while wearing the towel. Finally Kathryn Lopez noticed Anne’s attire and asked with surprise why she was wearing a towel? About half the audience knew the story about Sarah answering the door after a shower. Kathryn told the story for the rest of the audience, pointing out that Steve Schmidt stated that the story was patently false.

Finally, Sarah was discussed during the “Men’s Night” by Mark Steyn, Jonah Goldberg, and Rob Long, where Rob made a great point,

It is hard to make fun of someone who gets the joke.

During the week, I couldn’t find a single person to say anything bad about her. Clearly, her position within the conservative movement is very strong; she is going to be a leader in the movement for a long time.

Go to Part 3 discussing the election. 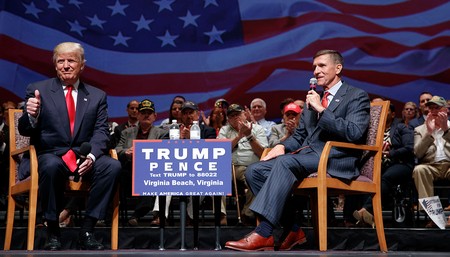 Barack Obama Reminds Republicans Why They Can't Stand Him
Bonchie

Biden Whistleblower: I Have More Damning Tapes on Biden-China Corruption
Townhall
No, the Trump campaign isn’t canceling most remaining ad spending in Florida
HotAir
'Y'all think I'm kiddin', don't ya!?': Joe Biden introduces himself as Kamala Harris' running mate
Twitchy
Democrats Give Away the Game: They Want the Supreme Court to Unilaterally Amend the Constitution
PJ Media