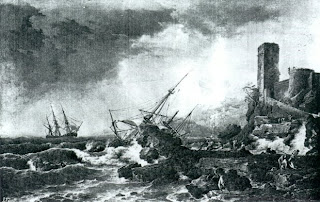 Yesterday, when asked about the nationalization of banks in an interview with Bloomberg, Senator Chris Dodd said that he is “concerned that we may end up having to do that, at least for a short time.” The foolishness of Dodd, the Chairman of the Senate Banking Committee, talking publicly about nationalizing the banks while the industry is teetering on the brink is readily apparent to all but Dodd himself, and the responses of the industry and the stock market demonstrate it nicely.

“We believe that the whole discussion about nationalization is impairing the financial sector and making the credit situation worse,” Edward Yingling, president and chief executive officer of the American Bankers Association, a Washington-based industry group, said in a statement.

Citigroup tumbled 22 percent, to $1.95, the lowest since Jan. 29, 1991. Bank of America, the biggest bank by assets with $883 billion in deposits, plunged as much as 36 percent before recouping most of the drop after Chief Executive Officer Kenneth Lewis said the bank can survive the recession “on our own.”

This to me seems like Economics 101. Why would investors hold the stock of a bank that they believe is about to be taken over by the government? When I told my wife about Dodd’s comments and asked her what she thought happened next, she said the bank’s stock would take a hit. Of all the wonderful things my wife is, an economist she is not, but she figured it out.

Yet somehow Chris Dodd, our senior senator and Chairman of the Senate Banking Committee, was blown away.

“I’m sort of stunned in a way that some people are reacting the way they are about all of this,” Dodd said. “At a time like this, everyone needs to be pulling in the same direction.”

First, the fact that he was stunned by the reaction to his statement is frightening. If it was the market reaction that stunned him, he should be removed from his position immediately for incompetence. If he was stunned that people don’t want the U.S. banking system to be nationalized, perhaps he would be better suited for a seat in the Cuban legislature. We are not a socialist country yet, Senator.

As to the fact that we should all be pulling in the same direction, I agree completely. So start pulling with everyone else! Dodd obviously wasn’t pulling with the Obama administration:

The Obama administration turned aside questions about a U.S. takeover of banks, saying a “privately held banking system is the correct way to go, ensuring that they are regulated sufficiently by this government,” White House spokesman Robert Gibbs said today at a briefing. “That’s been our belief for quite some time, and we continue to have that.”

Nor was he pulling the same direction as his somewhat more flamboyant House counterpart, Barney Frank:

Frank, a Massachusetts Democrat who heads the panel that crafts banking legislation, said he didn’t see the likelihood of U.S. banks being nationalized, and Geithner’s bank bailout plan unveiled this month should be given time to take effect.

As bad as the economy is right now, with someone like Chris Dodd manning the helm of our country’s financial ship, it is nothing short of a miracle that it hasn’t been completely decimated by the rocky shoals his leadership has driven us into.

Cross-posted at The Artful Doddger.

This Trial Was A Disgrace
Townhall
'Take these masks OFF of my child'! Georgia mother who's HAD IT with mask mandates LIGHTS UP school board and YAAAS (watch)
Twitchy
People Are Legit Shook After Powerfully Responsible Lemon/Cuomo Segment on Columbus Police Shooting
Redstate
Insanity Wrap #192: The Panicked State of Our Terrible, Communist-Influenced Media
PJ Media