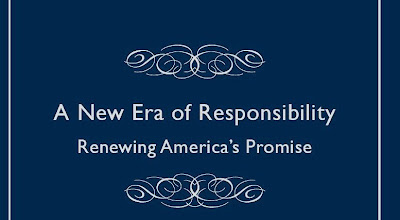 Here is the sorted tale of “A New Era of Irresponsibility.” Enjoy your future, it’s gonna cost.

(Sarcasm on.) I see a lot of fiscal restraint, lower taxes, and pragmatism in this 10 year budget projection. We have such a wonderful future ahead of us and I am now sorry I didn’t vote for the President. (Sarcasm off.)