I am here in sunny Houston, Texas attending the opening night of the True The Vote Summit and what a night it has been. We heard some inspiring speeches for this sold out event, saw some interesting attendees, and met an awful lot of great folks.

It has been thrilling to see several hundred handpicked Tea Partiers and local concerned citizens from 27 states here to learn how they, too, can stop vote fraud in their own districts using the methods learned the hard way in 2010 by the King Street Patriots here in Harris County, Texas.

You might recall back in Sept. of 2010 when the KSPers discovered an ACORN guy that had registered over 23,000 fake voters for the 2010 elections here in Texas. That was only the beginning of their efforts to root out vote fraud in one of the most corrupt Democrat controlled areas in the state.

Tomorrow we’ll hear from John Fund of the Wall Street Journal, J. Christian Adams who blew the whistle on the Obama administration’s refusal to prosecute the Black Panthers in Philadelphia, and the boss himself Andrew Breitbart.

What follows is the encapsulated thrust of the messages we heard tonight. 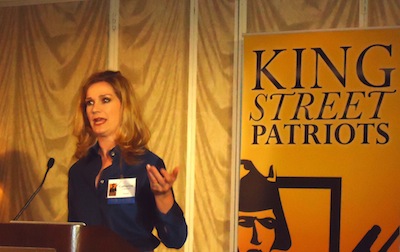 The night began with a few words from the chief cook and bottle washer of the King Street Patriots and the True The Vote effort, the Texas dynamo Catherine Englebrecht.

She warned us that, “across the country we have an epidemic low level of Americans participating at the polls.” This is one thing that TTV is aimed at solving. To get Americans interested in the process is their goal.

“The underpinning of True The Vote is not the ‘sizzle’ of vote fraud,” Engelbrecht said, “but it’s the integrity of our voting process and that is the key focus.”

The one thing that concerned me most was the fact that so many people have said that they just accept fraud as a part of the system. The underpinning of our system is the integrity of the vote, that our voices are heard.

Engelbrecht told us that those that the King Street Patriots invited to speak at this summit of concerned citizens were chosen, “because they each represent a small piece of the troubles that vote fraud and the system is facing.”

The next speaker was ACORN whistleblower Anita MonCrief, herself a tireless advocate for a fair, balanced, and free election process. And she knows exactly how crooked the left is in its efforts to initiate vote fraud, too. She used to work for ACORN and saw it all first hand. 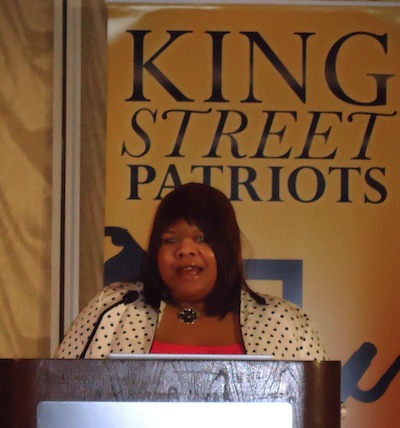 MonCrief spoke and told us of her history with ACORN where she discovered that they spent $28 million in 2004 from people like George Soros to register voters yet it was all fraud. “It was all smoke and mirrors,” she said. ACORN was picking up fake ballots from fraudulent voters numbering in the thousands in hopes of pushing John Kerry over the top. When that didn’t work they ramped it up even bigger for 2008.

In 2008 that effort worked. “ACORN is not just one organization,” she warned us. “There are over 300 organizations that came together to put Obama into the White House in 2008.

Some of the things Anita saw would have violated the RICO statutes if anyone bothered to prosecute ACORN for its fraud.

ACORN also doesn’t really care about “the little people” and that is one of the main reasons she turned against the crooked organization. Each and every year ACORN employees are going to jail for vote fraud but ACORN would always successfully pawn this fact off as the fault of “rogue employees,” MonCrief marveled. ACORN never backed up the people they hired and always threw them to the wolves. And all these lower level employees were lied to, told that they deserved things from the government because of slavery or evil white oppressors. Then if they didn’t buy that line, ACORN just paid them off to do the left’s bidding.

MonCrief told us that the machinery of our system is such that when it is close it only takes a few votes here and there to pull the election in the left’s direction. And we need to stop this left-wing, vote-stealing engine.

But MonCrief had a ray of hope for us. “They are terrified of what we are doing with True The Vote because this is the first time they have faced this sort of opposition. What you are doing here is something the left never thought the right could get done.” 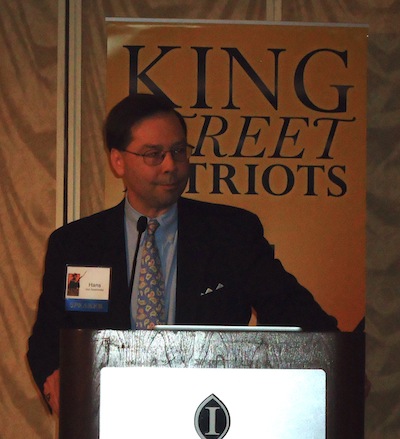 Next up was Hans Von Spakovsky, a former member of the Federal Elections Commission and the Justice Dept., a man who saw mounting fraud first hand. He’s also seen the Clinton and Obama administrations refuse to prosecute it.

Von Spakovsky told us some hair-raising tales of Democrat administrations that ignored endemic fraud throughout the country. But he also warned us that courts and prosecution can’t “fix” the system.

It is important not just to vote but to protect the integrity of the whole system. Criminal prosecution is simply not enough stop vote fraud it takes us all to get involved.

Like Anita, Von Spakovsky told us that it is in close elections when voter fraud is most useful for the left. And they flood the field with fraud in hopes of being ready for those close elections.

He also spoke on how successful voter ID laws have been. They are just common sense. But he also told us that the left’s argument against these laws is built on outright lies.

The claim that photo ID would depress the minority vote is unproven by the facts on the ground. In Georgia and Indiana — the two states with the toughest ID laws — the voter photo ID laws showed record turnouts were not prevented in the 2008 primary when Obama ran for president. Voting doubled for minorities in many of these areas. Indiana has the strictest voter ID law in the nation, yet in 2008 the voters quadrupled in the sate in 2008 with the photo ID law in place.

“The most important thing you can do to stop this,” Von Spakovsky said, “is to work as an election judge in elections. If you are an election judge you can stop this fraud at the source. If you do that you are doing the best thing to protect the integrity of our election system.”

Finally we heard from former Senator from Minnesota Norm Coleman, a man who understands vote fraud intimately because he lost his seat in the senate by endemic Democrat vote fraud. 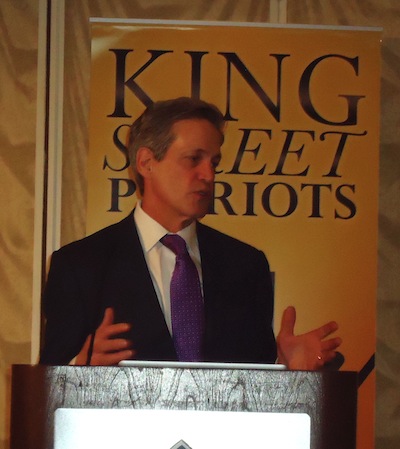 First of all, Coleman was very pleased with the efforts of TTV.

True The Vote is moving in the right direction. You are helping decide what is happening at the polls and this may seem a small thing but it is a great thing. The political games played with our elections should be of concern to every American.

Coleman gave us two examples where a single vote made a history changing difference, both involving himself. When he was elected as a Senator George W. Bush was able to put through the candidacy of John Roberts as Supreme Court Chief Justice. Previous to Coleman’s election, Robert’s nomination died in committee. Roberts got in because Coleman became the one Republican Senator at the time that encouraged Bush to push the nomination again. One vote put John Roberts at the Supreme Court. Not but a few years later when Coleman lost to Al Franken due to massive vote fraud, Obamacare was passed with the one vote of Franken, the 60th supermajority vote. That one vote gave us Obamacare.

“One vote counts and we need to make sure the votes are legitimate,” he said.

Coleman told us the horror story of Minneapolis. In 19 districts in Minneapolis there were more votes than actual voters and that sort of vote fraud elected Franken to the Senate.

He wrapped up with some recommendations on how we can fix this system.

What can you do to make sure that the vote has integrity. Number one, pass a voter ID law. Voting is the most important part of the underpinning of our nation. Folks died to insure that all Americans could vote. Aren’t we making a mockery of those that died to insure a legal, fair election by allowing massive vote fraud?

Another way to ensure the integrity of the vote is to get more of us to the polls as election judges. Election judges “are on the front line making sure that the elections are true and fair,” Coleman said. “That is why I am humbled at what True The Vote is doing. You will put these judges on the front lines.”

Whatever you do, do something. More directly do your part! I’m asking you to sacrifice just some of your time on election day. NOW is the time to start this because 2012 is coming soon. Do your part to keep this great republic vibrant.

Senator Coleman finished up by saying we should live our lives as if the world is in a balance and our own actions will tip the scales. As patriots we should do our part to make sure our system is a fair and free process.

More reports tomorrow evening after the training sessions and other speakers. 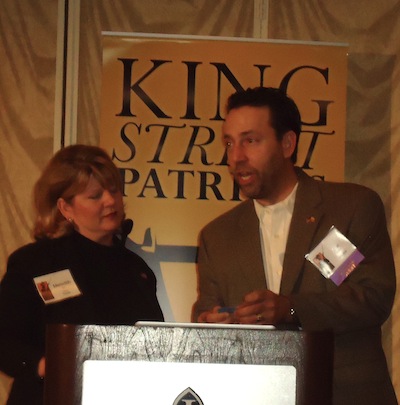 Can We Talk About How John Fetterman Can’t String a Sentence Together?
Townhall
Joe Biden hailed as being 'a bit of a superhero' despite having a track record of approximately zero rescues
Twitchy
Hump Day 'Toon: Liz Cheney Borrows Mitt Romney's RINO2022 Station Wagon for the Trip out of DC
Redstate
The Morning Briefing: Liz Cheney's Concession Speech Was a Mentally Ill Cry for Help
PJ Media