It's Time for CHEXIT 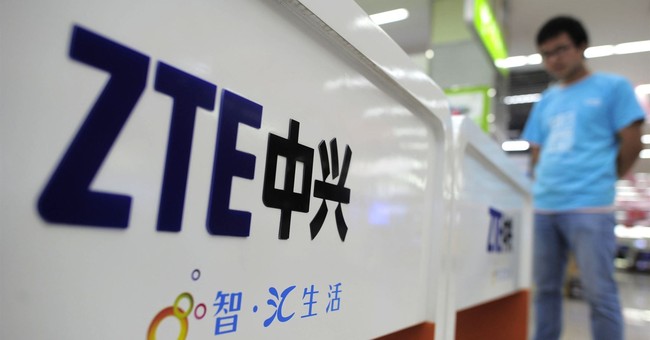 The dark rumors of a Jewish genocide in Europe trickled out from time to time, but, it was mostly shoved to the back pages of newspapers far more concerned with battling World War Two.

After all, was not Germany –if nothing else– the most cosmopolitan nation on The Continent? Surely, a nation as modern as Germany wouldn’t countenance the large-scale liquidation of entire peoples because of some ancient, backward grievance –especially a grievance we all wink at from time to time–?

No, these were just rumors to fuel the War Hatred, they all told themselves…

Franklin Roosevelt was persuaded a number of times by his erstwhile buddy Harry Hopkins to avoid bombing certain German railway yards (that may –or may not– be engaged in the “relocation” of Jewish populations) for fear they might be holding a number of Allied war prisoners.

Roosevelt was further so advised by Arthur Sulzberger –the secular Jewish publisher of the New York Times– to likewise withhold such strong actions because the evidence that there was a real Jewish holocaust going on the German Reich was only anecdotal, and we had to win the war first– and only then could we worry about any Jewish genocide. To do otherwise might also tick off Uncle Joe Stalin who was waiting for Lend-Lease shipments to kill Germans, certainly not to save Jews.

The world heard the rumors, and did precious little for four long years.

…and then, the Death Camps were liberated, the ovens opened, the boxcars of death revealed– along with the truth.

In the after-years, entire cultures and populations would ask: “How could they not know what was going on? Why was nothing done? How was this allowed to continue?”

We knew. The whole word knew. But, at the time, there were bigger fish to fry…

For 65 years, the world has known that a vile, loathsome, wicked entity has enthralled the Chinese Nation. The civilized world has countenanced it, tolerated it, nurtured it. Encouraged it.

Since March 12, 1925 –when Dr. Sun Yat-sen died– China has lurched from an ancient dynastic culture through a still-born republic, through civil war and kleptocracy, though the most ragingly malignant communism. It has embraced personality-cult, ethnic and cultural genocide, and grotesquely disfigured mercantilism.

The last time the Chinese people had leaders with even a hint of western Christendom was during the last days of Dr. Sun– a man baptized by an American missionary. Since then, it’s been run by atheistic and corrupt warlords, maniacal egotists, oligarchs and assorted miscreants and their relatives.

These ruling outlaws have exported their devilry to all corners of the earth, supporting regimes no one else on earth would touch with 10-mile poles: North Korea, “Kampuchea”, North Vietnam, Angola, Iran. Bolivarian Venezuela. Wherever there has been evil –honest to goodness, soul-crushing evil, the Chinese Communist Government has been lurking in the shadows– if not dancing proudly in the daylight.

We hear today (and have even seen the videos) of the unspeakable horrors of Modern China: The slave laborers literally chained to their work-stations; the suicide nets installed beneath the windows of the sweat-shops. The brave and gallant protestors standing up to tanks in Tiananmen Square. The citizens of Wuhan welded (WELDED!)into their apartment buildings during the latest pandemic.

And we pretend not to see…

But, we DO see: The leaders of Modern China are monsters in Italian-cut suits. They summarily “disappear” those who politically dissent. They murder ethnic minorities. They enslave the sovereign individuals of their land. They lie as official policy. They sow chaos, even as they enforce an iron grip. They are the bullies in the playground of the world.

Its time the world stop: And open the gates of the Chinese holocaust.

…which means: America must lead the way in exiting from Communist China.

Communism is a lie, and it is a particularly virulent, murderous form of Communism when it is grotesquely conjoined with a disfigured market system. America can no longer be yoked to such brazen lies. Which each new case, each new death from the Wuhan Cornonavirus –CHEXIT is now a moral imperative.

Pestilence and disease will continue to sluice out of that fetid nation. It cannot help it. We have now endured years of flu and other assorted diseases that have incubated in mainland China. Worse, it now has the 21st-Century Technology to impose it’s diseased filth wherever, whenever, it desires. It has, in the course of two months, utterly destroyed $40 trillion dollars of earned wealth in this nation alone. We now have every right to disentangle ourselves from the foul Chinese Communist Government.

What would this mean? What would it look like? I am not a diplomat. I am merely a puny little citizen. But: I know what it ought to mean…

It ought to mean a handful of 21st Century Ellis Islands in the US, where every foreign national traveling, or expecting to immigrate to the US, is held for a month for medical screening and quarantine. It ought mean strict and enforced immigration quotas, and only of people that fit the needs of our nation: not infect it with viruses and disease.

It ought to mean that US citizens not be punished for the avarice and incompetence of the Communist Chinese. Our lives ought not be interrupted and inconvenienced. Those seeking to come here, rather, ought to be.

Our brief ought not be against the Chinese People— it is against their horrific, evil, loathsome, foul governmental masters, whom we have propped up with our $1 T-Shirts and $9 pipe-wrenches and $199 48″ plasma TV’s. CHEXIT would mean paying more: But keeping the wealth on our shores.

CHEXIT would mean new laws: Perhaps that all products sold in America have no final assembly, nor more than 20% Chinese content in the near term, slowly ramping up to no more than 2% down the road– at least until the Communists are vanquished. I am all for free trade: I am not for trade with evil. It would mean no trading of technological advance, unless on our soil, and under our watchful eye.

It would mean an immediate Chinese withdrawl of support for Communist North Korea, and the unstable threat they pose to the West. It would mean no Chinese exports to that hell-hole of any subsistence commodities, no currency support. Nothing– until that little pot-bellied slob running the place is dead and hanging from some lamp-pole in the country-side.

It would mean a complete restructuring of trade and cultural exchange between Communist China and the West– and immediate suspension of “Most Favored Nation” status.

Make no mistake: The Wuhan Coronavirus IS Communist China’s Chernobyl; the disease will very likely end up killing hundreds of thousands more people than Chernobyl did over the coming months and years.

The punishment the governmental elites deserve for their avarice, their lies, and their decades of immoral, inhumane treatment of their fellow human beings must be swift, knowable, and enduring. They knew the gig in that wet market– or bio-lab. The filth, the world-view that breeds a laxity of the human spirit, the forced abortion and indoctrination, must be held to account.