Question: Why do political parties have conventions?

Answer: To “convene” the delegates.

And what, exactly, are Republican “delegates”? Well, first and foremost, they are human beings. Most all of them have work-a-day jobs. Of the three I have known to my state Republican convention, one was a civil engineer in private practice, one was a architect for the state Department of Corrections, and the other was a hog farmer.

Oddly, of the bunch, the hog farmer was the most well-to-do, his family owning thousands of acres of prime farmland throughout mid-Michigan, and his family made scads of money leasing it to other farmers. The civil engineer was a bit of gad-fly, who always had 300-word Op-Eds in the local bugle. The architect long ago retired, and lives in a nice little double-wide not too far from Joker Marchant Stadium in Lakeland, Florida.

Hardly a part of an “establishment”. No, they went to county and state Republican functions for many years, mucking it out in the trenches, and every once in a while they got a chance to meet Governor Milliken, or got tickets to see President Reagan address the Economic Club of Detroit.

Mostly, though, these “delegates” lived their lives. They helped the Lions Club sell light-bulbs to purchase eye-glasses for poverty-stricken kids throughout the world. They reffed high-school basketball. They had rickety deer-blinds made of shipping pallets. They drove Ford Rangers. And they love –LOVE– their country.

They were —are, actually– good and thoughtful men, even if the political gene was a little dominant in their social DNA. They are comfortable, but not anything approaching “rich” especially when they moved into the fixed-income, varicose stages of their lives.

They would no more go to a Republican Convention, and be compelled to vote to nominate Donald Trump as the Republican Presidential Nominee than they would have eye surgery with linemen’s pliers. Especially when they have to pony up the one-or-two-grand to get to Cleveland for a week in the middle of the summer. Nobody else pays for their trip; they pay for their own hotel rooms, and so on. There are banquets and goody-bags, of course, but that doesn’t put money back in their wallets to pay the MasterCard bill in August.

They know –they know— the nomination of Donald Trump is the ruination of the party they’ve sacrificed for, worked for, and built up. They know he’s a nuclear bomb about to impact the down-ballot races, all the way to the County Commission level. That they also know he’s not a Republican in any conventional sense –let alone a conservative, or even a rightest— is beside the point. He will utterly destroy the party. The rank-and-file knows this.

These human beings will not go into Cleveland as happy, exuberant people. It will be a gallows convention

There is growing sentiment inside the Republican Party that NO delegates are “bound” to vote for any candidate, on any ballot, and havent been since 1980. In fact, a very good moral case can be made –particularly in light of the passage of the 12th, 13th and 14th amendments outlawing slavery (and I say this as a philosophical matter, not a legal one, especially)– that no one can compel another person to vote in a proscribed manner, except by legal proxy.

But, the philosophical is what under-girds our actions, does it not?

Right now, Donald Trump has secured 39.7% of the total vote in the primaries of the 39 states thus far. Not even 40%. He’s not a juggernaut, he’s not a consensus –he’s nothing but the last man standing.

If Donald Trump were a Republican –even a milquetoast Tommy Thompson necktie-tenor Republican– being the “last man standing” would be good enough. But Donald Trump is a guaranteed humiliating defeat waiting to explode, and tar every Republican for a generation with the blow-back shrapnel of being a foul racist, misogynist, tin-foil-hat wearing birther  conspiracy-theorist fool.

I say: They –these delegates, these human beings–won’t do it, especially if we, the Republican voters –over the next several months– give them every reason to not vote for Donald Trump. They won’t be sued, they won’t be in legal trouble. They might get yelled at, but, believe me: these men I know would yell right back.

They are also not Summer Soldiers, nor are they Sunshine Patriots. I think they –and many, many like them, especially the ones who have canvassed for Cruz these last number of months– can be persuaded to abstain from voting on the first ballot at the convention. They have the power –still, very much so– to deny the nomination to the foul abomination of Donald Trump.

It is really the only thing left. Third Parties are called that for a reason. Voting for Hillary is a suicide pact.

No, the only thing left after this horrific primary season is to fight this on at the Convention. The ONLY Thing. It’s why there ARE conventions, after all: To make the case, settle things out, come to consensus. Conventions weren’t invented to be coronations— otherwise, that’s what they’d be called.

There are some 2, 474 human beings convening this summer in Cleveland. Hard working, smart, sentient Americans. If, when the first ballot roll-call is announced, and only three or four hundred delegates (that’s the latest REAL count of “hard” committed Donald Trump supporters at convention) vote in the affirmative, then Donald’s candidacy goes in the dumpster where it belongs.

Yes, the outcry will be deafening.

But, what is the alternative? In addition to Conventions, Political Parties exist for a reason: To advance a set of principles, against which we inform our governing philosophy. Donald Trump’s philosophy –such as it is, beyond a moribund pragmatism– is reflexively east-coast patrician leftist liberalism.  It is manifestly NOT Republican.

The primary voters voted–yes, indeed. And many will be screaming mad, and it will redound poorly upon the eventual nominee. But, if that candidate is Ted Cruz, say (he is, after all, the only man other than Donald Trump elligible to have his name on the ballot under existing rules), then he can make the case for the Republican Party, and it can stand for something in defeat, if that’s the ultimate outcome.

And, in this scenario, at least the Republican Party survives, with it’s principles intact to fight again. With Donald Trump, it is left in smoldering ruins.

The Delegate know this. They can see the fires burning now— all they need to do is break the glass, and pull the fire alarm. The convention MUST get to a second ballot.

There is no other option for the Republican Party.

(Updated Note: I will point out that the best philosophical and moral case for the delegates to nominate Trump is if he actually has 50%-plus-one of the popular primary vote. He doesn’t, and he won’t, unless about 4 million more people vote for the miscreant in the remaining primary states, which won’t happen) 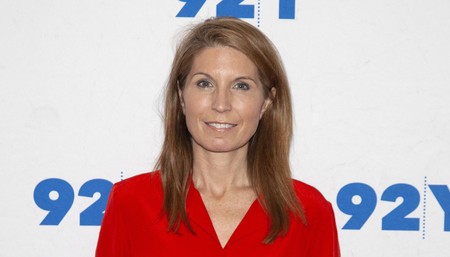