Comparing Apples to Kumquats: Just How Much does this Damned Government Cost? 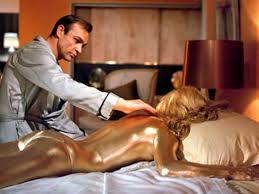 If you confiscated the entire revenue stream of 3M Corporation ($29.6 billion in total revenue for FY 2011), America Express ($29.7 billion) and McDonalds ($21.3 billion) to pay for it, you would still need over $7 Billion to pick up the tab. The United States Department of Education –which runs no schools, employs not one active teacher, and teaches not a single child, spends more than these three companies generate– combined.

Maybe the Department of Education is a bit pricey for your tastes.  So, if you stole all the sales and revenue generated from the Travelers Insurance Company ($25.45 billion), and Honeywell ($36.50 billion), you could pick up the Department of Energy –which is a bargain for the US Taxpayers at a mere $47.80 billion.

At $66.20 Billion, you would need to swipe Boeing in it’s entirety ($68.73 Billion) to pay for the Department of Transportation.

Similarly, the Department of Treasury ($114 Billion) would require more than the entire revenue stream of Bank of America ($110 Billion) to cover it’s monstrous bills. Of course, this only pays the overhead at Treasury, and doesn’t include the Principle and Interest payments on the debt, which is yet another line in the laundry list that is the Federal Budget.

Now, these all are mere triflings compared to other Federal Departments and outlays. For example, if you were feeling generous, and wanted to cover the interest costs on our borrowing instruments, you would have to steal the entirety of Merck Pharmaceuticals ($48.07 Billion) AT&T ($110 Billion) Intel ($54.0 Billion) and Coca-Cola ($46.50 Billion) to pay off the $234.784 Billion in interest payments the Fed hemorrhaged last year.

$57.0 Billion is an ocean of money, and could be had from seizing everything at Kraft Foods ($54.40 Billion) to pay the bills at the Department of Housing and Urban Development. To pay for the Department of State (again, at $62.82 Billion, this is only for the bricks and mortar and copier paper), you could confiscate Microsoft ($73.72 Billion), and still have enough left over to to snatch up the National Science Foundation ($7.89 Billion).

In Truck Stop vernacular, though, this stuff is all a mosquito on an elephant’s ass.

It would take all of the revenue from Wal-Mart ($446.9 Billion), and Verizon ($110.8 Billion), Proctor & Gamble ($82.55 Billion), and General Electric ($147.30 Billion)  to pay for the United States Department of Health and Human Services. This agency is the true multi-headed hryda of the Federal Leviathan, costing the good citizens of America over $787.63 Billion last year alone.

Now, HHS is out-done only by the Social Security Administration. At $817 billion, you would have to purloin Exxon/Mobil ($486.55 Billion) Chevron ($253.75 Billion) plus Caterpillar Equipment ($60.13 billion) for the quid you would have to cough up to pay for SSI.

There are, naturally, a few legitimate functions of the Federal Government; the Department of Defense, for example. At $693.56 Billion, I think we can all agree they have enough money at the Pentagon to keep things together without having to sell the spare parts on ebay. But, you would have to steal everything at EI DuPont ($36.7 Billion) Cisco Systems ($46.16 Billion) HP ($120.7 Billion) IBM ($106 Billion) Pfizer Laboratories ($67.43 Billion) and United Technologies ($58.10 Billion) and Alcoa ($25.9 Billion)….

And, because we’ve now swiped the entire gross receipts of the Dow Jones 30 Industrials, we’d have to move on like locusts to other places, like maybe the NASDAQ, or something. And, this is all for just Fiscal Year 2011.

Please, please, please: Don’t even START with the tax increase chatter. We could outright rob the entire gross receipts of the DJI to cover the grotesquely mind-boggling spending of the Federal Government, and still come up $601.82 billion short.

Does anyone in congress even squint when they see this? Maybe a little sweat on the upper lip? Out here in fly-over country, we call this being a little “upside down”.

In congress, they call it “Thursday”.

Trump Rising
Townhall
'I'm not the scientist': Masked Joe Biden wraps up his COVID19 booster shot by moving the 'back to normal' goalposts to unattainable lengths [videos]
Twitchy
The Arizona Audit Findings the Media Doesn't Want You to See
Redstate
The Collapse of Biden's World
PJ Media