Barack Obama might be a very decent man,–doesn’t cheat on his wife, enjoys his family, that sort of thing…

President Obama, however, is a loathsome politician.

I’ve often considered the doctrinaire, rabidly ideological leftist: What makes them tick? Very frequently, these strange specimens are otherwise intelligent folks. Their blood is red, they purchase groceries which are similar to mine. They can discuss The Brothers Karamazov with a reasonably literate tone. They take Christmas Day off.

But, as I’ve been wont to say, how could such otherwise sentient, intelligent people think such empirically stupid things?

Just take an example, any example:

They say they stand for the little guy, the “middle class”, and yet they ban one of the most iconic devices ever invented that verily breathed modern life into the masses: The incandescent light-bulb. They say they stand for the American Dream, and then advocate and institute policies that assault the American Dream, such as forcible migrations into increasingly-dense urban settings.

Don’t scoff: Many localities are instituting something called the “New Urbanism”, which calls for new zoning decrees that shoehorn more and more people into smaller and smaller parcels, often sited near “transit villages”– that is, bus and train stations, and which are cut off from easy access to surface streets and highways.

I call this many things (the “Khmer Rouge in Reverse” comes to mind), but I manifestly do not call it the “American Dream”.

But, like I say, I often consider the mind that is always attempting to restructure society, create patterns of life that are alien not only to the American Dream, but contrary to human nature. How can otherwise intelligent people convince themselves that banning light-bulbs will cool the earth, or that forcing people to live in densely populated “transit villages” is healthy, good and proper? Where do such flights of fancy originate?

It’s funny that I mention the Khmer Rouge and Barack Obama in the same Diary Entry.

Both were birthed and steeped in orthodox Marxism, Pol Pot receiving his indoctrination in the salons of Post-War Paris, Obama receiving his at the knee of parlor-pink Frank Marshall Davis in the teeming warrens of mid 1970’s Honolulu. Davis was a friend of the Obama’s father, who, in turn was a virulent communist and anti-colonialist. As was Pol Pot.

Like Obama and the doctrinaire left, Pol Pot thought humans should be shuffled about like card-board standees, bereft of life and humanity and sanctified individuality. The Khmer Rouge wanted the people out of the cities, in the rice paddies. Obama wants people in the cities, toiling away in Action Agencies.

Far be it for me to compare Obama to Pol Pot. Very far be it.

But, I ask a serious question: What would America’s Pol Pot look like?

Would they embrace the traditions of our founding, celebrate our magnificent and ancient heritage of individual achievement, or would they champion a reshuffling of the deck, or, a “fundamental transformation”, as it were. Pol Pot fundamentally transformed Phnom Penh from a vibrant, albeit third-world, westernized city into a ghost-filled tomb of unspoken horrors because the ruling elites determined it was for the best.

What makes a mind susceptible to such rantings, to the soliloquies of Marx and Rousseau? Like a boy first exposed to an errant copy of Penthouse while away at Boy Scout Camp, why do some men drift off into a life of loveless sexualizing, while others seek home and hearth after such episodes?

Well, I don’t know for sure, but I think a hardened heart to simple human experience and a rejection of Godly authority have a lot to do with such things. How else can you explain an otherwise intelligent person like Barack Obama insisting that cattle-prodding 30 million new patients into an already-overburdened health-care system will lower the cost and increase the access without adding a single new doctor?

The lack of simple logic is stunning. Stunning.

Folks like Barack Obama want to force us into tiny “transit villages” where we huddle as masses shipped like pieces around a metaphysical chess-board. They want us to get to these villages in “light rail” trains, and “smart buses”, or drive to them in lighter and lighter and more deadly automobiles designed by bureaucrats. “Folks Cars” we could call them. Or, as the Third Reich called them, “Volkswagens”.

A few days ago, I was struck by the announcement of the Obama Reelection effort to come up with a new “slogan” for the fall campaign. The apparatchiks inside the bowels of the movement huddled closely, and came up with the single word: “Forward”. And all I could think of was “Forward– March!”.

Like those massive Maoist rallies in Peking in the late 1940’s, where leagues upon leagues of Chinese Communists would hold gigantic posters of The Dear Leader. Forward, March! All coming together as One, under the banner of a collectivist vision for the future. A future completely uninformed by the past, and uninterested in the present.

They’ve called Obama’s politics the “Chicago Way”. No, this is entirely different. As Captain John H. Miller said in Saving Private Ryan, we’ve crossed over a line into the surreal.

Mayor Richard J. Daley was the Architect of the Chicago Way. But, the Chicago Way, ultimately, was to fatten the pocketbooks of some well-connected developer, or to make sure some ward-bosses’ wayward son had a job as a Garbage Supervisor, or to elect some crook as Sheriff to make sure the numbers racket went along swimmingly and at a profit.

Ultimately, the Chicago Way was about living life in an unmolested manner, if you were on the right lists. The more, the merrier

The Obama Way has no such connectivity with real life, with real experience, or real humanity.

For evidence? I offer this: Mayor Daley thought there was great virtue in the hardscrabble neighborhoods in which he grew up, and believed it so strongly that he continued to live in his little Bridgeport bungalow for his entire career, his limo picking him up at the same front door he’d carried his wife over in the late 1930’s. If was his life, his real life. No vacations to speak of for Daley, no country club golf outings. I don’t think Barack Obama has spent more than a night or two in Chicago since he’d ascended to the Presidency, favoring the life of well-connected big-shot that Daley hated.

For further evidence of crossing a line into some strange, surreal Obamaian weirdness: Barack fancies himself a later-day Franklin Roosevelt. And yet, in Roosevelt’s entire thirteen-year reign, FDR never once played a round of golf, and he cancelled the White House social season and all public entertaining for the duration of the war. And, the White House was subjected to the same ration coupons that the rest of the country were treated. By the time Truman was sworn in, the White House hadn’t been redecorated in twelve years, and the place was falling apart. FDR, for his part, felt the reality of the Depression and the strains and stresses of War.

No, Barack’s America is entirely different and foreign. Roosevelt would never have dreamed of taking a victory lap after Midway, or Sicily. He was never hailed for his “gutsy call” to invade Normandy.

Every day Barack Obama has been in office, America has been at war, and at the slopes of a near-depression throughout. And yet, human experience has no effect on the President. Our individual hurt and misery means nothing. The gala parties whirl on, the lavish vacations continue. This is not the Chicago Way. It is the Obama Way.

No, we must look to the Future. CODE RED: The NFL Has a Problem, And It's Not 10-Year-Old Emails
Jim Thompson 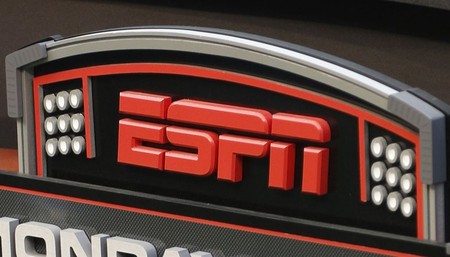 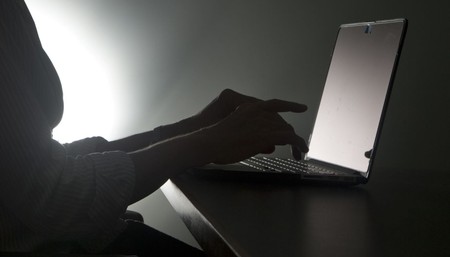