One can’t put it more succinctly than Kevin McCullough at Townhall: “Antibody testing proves we’ve been had.”

Studies of antibody rates in California, New York, and now Florida indicate the lethality of the Wuhan virus has been wildly overblown, and that it may be little more dangerous than the seasonal flu. You know: the illness that comes around every year and for which we DON’T shut down the country.

Remember when President Trump suspected the lethality was overblown a while back? What an anti-science moron, right?

Moreover, countries and states that locked down and forced businesses into ruin, all the while subjecting their free citizens to drone-enforced house arrest and harassment campaigns, don’t seem to have done any better overall than countries and states that asked only moderate and voluntary measures from their citizens (e.g. Sweden and South Korea).

What DOES appear to produce a statistically different number of deaths is dense population and a lot of mass transit. New Yorkers seem to have brought carnage on themselves with metropolitan overcrowding–the same overcrowding progressives assert is ‘the future of America.’ Joel Kotkin notes:

As of April 26, Los Angeles County, with almost 2 million more residents than New York’s five boroughs, had suffered 913 Covid deaths, compared to 12,067 in New York City. The Big Apple accounts for over two-fifths of all US transit ridership, and its subways have repeatedly been singled out, including in a recent MIT report, as incubators of the pandemic.

But to heck with conflicting evidence. The emperor of self-revision, Dr. Anthony Fauci, has both declared himself victorious in curve-flattening and urged the lockdowns to continue; because we wouldn’t want to reopen the country right away and have the apocalypse NOT unfurl as predicted.

Think about it–how embarrassing would that be?

Here’s a prediction for you: in years to come, a wildly inaccurate forecast coupled with fallacious recommendations resulting in panic and economic genocide will be referred to as ‘pulling a Fauci.’

Democrat governors have extended lockdowns and moved the goal posts for reopening, because ‘testing.’ Their flip-flopping raises the question: Would ANY contrary evidence or medical solution be sufficient to make them relent and liberate their citizens? Wasn’t it supposed to be ‘flattening the curve’? Just kidding! Testing? Apparently not. Even MORE testing? Eh, well see. ‘Immunity certificates‘? (Good luck with that last one, by the way …)

The call for endless testing is the last refuge of Team Apocalypse. And it isn’t going to work. The apocalypse came and went and 99.99.% of us under 85 are still alive.

Never ones to let reality get in the way of a good story, the elites haven’t missed a beat. Everything-in-the-world expert Bill Gates and airhead celebrities eager to signal their virtuous team spirit haven’t stopped PSAing the proletariat to stay home and go broke, because “we’re all in this together,” doncha know.

Meanwhile, the lamestream media keep reporting breathlessly on the death of elderly people and outliers. They warn of the dangers lurking for everyone in a return to ordinary living, while ignoring results that cast doubt on their catastrophizing narrative.

The technocratic elites of the United States are engaging in furious face-saving and ideological rank-closing, all the while shrieking ‘science!’ and ‘facts!’ They just aren’t very clear about the ‘science’ and ‘facts’ to which they refer. Certainly not the ones coming out lately. As R.R. Reno writes in his must-read essay ‘Coronavirus Reality Check‘:

I doubt that truth will guide decision-making [going forward]. There is too much fear. Fear of the virus is compounded by the (reasonable) fear of experts, policy-makers, and politicians that if they change course they will be exposed as poorly informed, reckless, and cowardly. Our entire ruling class, which united behind catastrophism and the untested methods of mass shutdown, is implicated in the unfolding fiasco.

WHAT THE PROGRESSIVE ELITES HAVE LEARNED

The denial campaign and narrative stubbornness unfolding among our technocratic elites go deeper than ass-covering for their mistakes. After all, to feel embarrassment, one must possess a sense of shame, a virtue that atrophied in America’s elites long ago.

No, the broadly ruinous outcome of the Wuhan virus response was for the progressive elites a great success. They learned that Americans–including conservatives–will void their bowels and cower in a corner when confronted with a scary enough story. All one must do is publish a bunch of frightening models and speculative statistics. Americans will toss their principles out the window and fall into line.

Conservatives are the ones who should be ashamed. As Democrat governors and mayors were abrogating civil liberties, snatching livelihoods from ordinary citizens, and turning the country into a police state, thousands of conservative opinion makers shut themselves at home like they were told and stayed silent, afraid to question the self-evidently hysterical prognostications and unquestionably ruinous recommendations of ‘the smart people.’

Many conservative pundits even carried water for the tyrants. Writers such as the New York Post’s Rich Lowry branded early skeptics and contrarians ‘truthers’ and flogged scientifically illiterate justifications in an effort to browbeat readers into going along with authoritarianism because ‘people might die.’

The prevailing ethos was: ‘Principles and civil liberties are fine and dandy when we’re sipping bourbon and theorizing at a National Review discussion panel; but this is REAL and SERIOUS, so yay government control of everything!’

You’re out of your mind if you think we’ve seen the end of this.

Progressive technocrats will take the lessons learned during the Wuhan virus hysteria and deploy them in the future to great effect. The pattern has been set. Every progressive social-engineering effort from now on will be a scary ’emergency’ necessitating radical and reflexive federal action. Climate change, gun control, ‘white supremacy’, homelessness, universal healthcare, student debt relief: they will all now warrant swift, undeliberated, expensive, and heavy-handed government intervention. 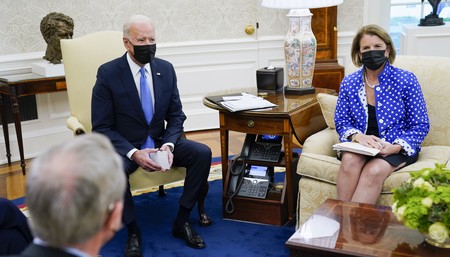