Should Texas Nullify the Supreme Court?

Yes, I know, “Nullification has been settled!  History has shown that the states don’t have the right to nullify federal laws and decisions!”  I know what history says, and I know what the precedents say, but honestly, so what?  Look, precedents don’t always stand.  It is easy to look into judicial history and see that precedents have been overturned, either due to new laws, or due to new interpretations of the law.

In an age where federalism is being completely ignored by the United States government, and where courts are issuing on-their-face political decisions, what is the next recourse?  Before we get to a situation where the citizens feel so politically estranged that a new revolution becomes likely, shouldn’t the states act to protect their own sovereignty and authority?  The states have the right to stand against a tyrannical federal government and say, “You made this decision, but we’re not going to follow it.  If you want your will exercised, it will be done by force, not with willing cooperation.”

The Supreme Court of the United States, that bastion of legal thought, has handed down a blatantly immoral and unconstitutional verdict.  The states have the right to regulate medical practices going on within their borders.  You cannot seriously look the constitution and find that there is any federal right to intervene in the question of whether or not a local clinic can operate with a state medical license.  Yet, in order to protect abortion, a “right” not mentioned or indicated in any way in the Constitution, Texas is being told, “You don’t have the right to regulate this medical procedure.”  On its face that is absolute nonsense.

Texas should enforce the law as it is written currently.  Tell the Supreme Court, “Your opinion has been duly noted, and is being ignored.”  The Supreme Court can’t do anything about it.

I mean the above quite literally.  The Supreme Court may be able to hand down a decision, but it has no enforcement power whatsoever.  The entire power of enforcing Supreme Court decisions lies in the Executive Branch.  What can or will the Executive Branch do to Texas?  If agencies attempt to strip funding from Texas, then Congress can retaliate against those agencies and deny them funding altogether.

At this point, it is high time we force a constitutional crisis.  Let Texas ignore the Supreme Court, and let the President act to intervene.  Let Congress act to either rope in the President, or stand in support of a blatantly political Supreme Court decision.  But don’t let this quietly go into the night.

What hill will you be willing to die on?  If the lives of the unborn and the lives of women who go to seek abortions are not a hill worth dying on, then I’m afraid we no longer have any place left where we will take a stand.  When the lives of the innocent do not matter, don’t be surprised that yours doesn’t either. 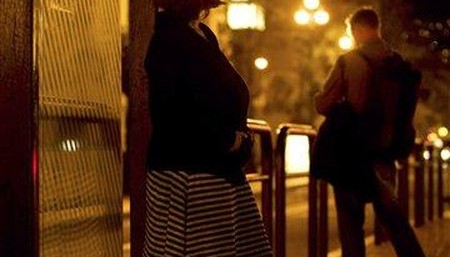 To Save The Country, Destroy The Public Education System
Townhall
Loudoun County, VA middle school librarian allegedly defends pro-prostitution book for reasons you won't believe
Twitchy
Durham Delivers a Smoking Gun on Hillary Paying Sussmann to Take Disinformation to the FBI
Redstate
Why the Heck Did Amber Heard's Legal Team Call Her Back to the Stand?
PJ Media