The comments of Harry Reid, off the record or not centers around this idea that some black people, specifically the lighter toned black people are more acceptable and accessible than their darker brothers and sisters. This myth goes back to the plantations where lighter slaves would be allowed to work inside while the darker slaves had to work the fields and were treated much differently, namely much harsher. Of course, the lighter slaves, the majority of whom were young light skinned women slept with the plantation owner, that was no secret. Why do you think they were allowed in the house?

But this myth, this idea that dark skin black people are somehow more assertive, angry, confrontational, or militant, is just plain dishonest and an unreal perception of black people as a whole. One’s personality has nothing to do with the color of one’s skin, nor the texture of one’s hair, nor the color of one’s eyes. But we have no one to blame but ourselves as black people because it started with jealousy and envy toward the lighter slaves from the darker slaves.

But the idea that because Barack Obama spoke well and had light skin he was able to win the presidency is completely false. Barack Obama won the election in 2008 because the media, felt he was an acceptable Negro, not the people of this country. You see the majority of Americans of all races don’t see color, they just wanted results. Those in our Party the GOP wanted something that was fundamentally different that George Bush, because we were disenchanted by the Bush policies that failed. The left was the only group of people in this country during the election that focused like a laser beam on Obama’s skin color, his background, his “story”. They constantly fed us the line, “He’s black, you must vote for him so he can be the first” As if to suggest that there will never be another if this man Barack Obama isn’t elected president.

But perhaps history misses them like common sense and reason. Jesse Jackson, Colin Powell, Al Sharpton, Alan Keyes, and Shirley Chisholm all ran for president or at least considered running years before we ever even heard of a man named Barack Hussein Obama, Senator from the state of Illinois. In the case of Colin Powell, he too was light skin like Barack Obama, he too spoke well and carried himself well like Barack Obama, yet her was never elected president after so many people had predicted that he would be the first.

I appreciate the GOP for at least having the honest gall to recognize people based on their principles and their ideas, not how light they are or how well they speak “Country Club Negro” Sure there were some in our party who stepped in it, but at least they didn’t track it in the house and when people started smelling sh*t they didn’t blame the dog. Democrats I believe need to own up to the fact that they think they can arrogantly exploit the African American community and use them to get votes and get away with it.

But enough ranting for one day, I feel this will get me no where. Instead I want to introduce you to a smart, principled, intelligent, tough minded, experience man who shatters that condescending myth. Oh by the way, he’s dark as midnight and has the accent of a good ol’ southern boy. 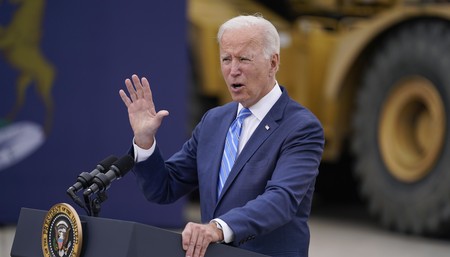