In the midst of intense efforts to challenge the Presidential election, it is vital that Republicans also engage their post-election team in vigorous efforts to maximize their gains in Congress, ideally preserving 53 Senate seats, as well as perhaps even gaining a majority in the House.

Regarding the Senate, I first would argue that complacently conceding a run-off race for GA’s Perdue could be a fatal error. GA Republicans perhaps have focused on gaming the outcome of the run-off races in regards to ultimate Senate control without looking at the dire events that could transpire before the results are certified, and the winners take their seats. In consequence, GA Republicans and all need to insist on a hand recount for Perdue’s race along with the already-ordered Presidential vote hand recount in order to get a 51st Senate vote in place by Jan.

Let’s take a closer look at the Senate numbers. Right now, with the Michigan senate race currently giving a narrow win to Peters, although James has not yet conceded, we are looking at a 50-48 R-D divide for when the Senate convenes on Jan 3, as the GA runoff date is Jan 5.

The danger lies with Mitt Romney in particular (or less likely another Republican) because if he votes with the Democrats, that will lead to a 49-49 split. And especially with the rumors of his being offered a Biden administration cabinet position (which would be a nice reward), there would seem to be a real possibility of Romney burning his bridges with such a flip.

Such a flip would open the door to two dire scenarios, one of which is very plausible and which the Democrats surely are plotting out.

The first (and more plausible) scenario would be the opening that a Biden/Harris win in the Presidential race would provide.

In that case, between Jan 3 and Jan 20, Pence would remain as President of the Senate and can break any 49-49 ties in favor of the Republicans (except for the second scenario below). But after Inauguration, then Harris would assume that position and would break ties in favor of the Democrats.

If the Democrats at the time were expecting to win both GA races (giving them an outright 50-50 tie), then they would just bide their time and not even need Romney.

But if the Republicans are winning the race, then I expect that the Democrats can delay official certification and seating of the Republican senators through challenges and court filings (especially if they find a sympathetic judge) beyond Jan 20 for some time, giving them a short window of opportunity.

That is, they could use a 49-49 split from a Romney defection with the expected Democratic House to ram through their dream objectives: ending the filibuster, passing statehood for Puerto Rico and DC, expanding the size of the Supreme Court, and perhaps if they get enough time, railroad through more justices. I suspect if they were ruthless enough, they might be able to do this in a week or two. These would be irreversible acts.

(Remember, they employed a similar tactic to ram through Obamacare on Christmas eve after they lost their 60th Senate vote in the MA special election.)

On the other hand, a Perdue win in the November election would give a 51-48 R-D divide, which would nip in the bud any dire results from a single Republican senator defecting – as well as ensuring a Republican majority (barring defection) whether or not Loeffler wins her runoff.

Hence the need to push for hand counting and otherwise trying for a Perdue win rather than conceding to a risky “winner takes all” runoff.

The second and improbable scenario could arise only in the unlikely event that court decisions regarding the challenges to the Presidential races lead to neither candidate receiving 270 electoral votes in the Presidential and VP races. That would throw the matter to Congress. I won’t get into the House scenarios regarding the president, but in the Senate, the VP vote is by individual senator, which opens up the possibility of a 49-49 deadlock and unprecedented controversy over how to resolve that. I won’t explore further, but obviously a mess.

But again, the first scenario above is far more plausible,

Now I have been led to believe that MI Republicans are challenging their Senate race results. And of course, a MI vote reversal and James win presently would move the Jan count to 51-47, which would reduce the dangers greatly, as you would need two defections (Romney and Murkowski?). Of course having a 52-47 margin would prevent that as well.

Therefore, why not to gain an “insurance run” by challenging the GA Senate Perdue vote – starting with a hand recount – rather than meekly conceding a run-off that would lose the country.

Regarding the House, the impact of regaining a majority would be powerful in case of a Trump or Biden win, though for different reasons

If Trump wins, gaining the House and the Senate will both strengthen a mandate for Trump as well as give opportunity for election reform going forward. Also, if Trump or Pence should die or otherwise have the leave office, it will also give full Republican control over confirming successor vice presidents (or ensure a Republican succession if both died before a new VP gained confirmation, as the Speaker is third in line).

If Biden wins, gaining the House and Senate would effectively deny Biden a mandate and confront him with united Congressional opposition. Furthermore, in the not unlikely even that Biden leaves the presidency early, having a Republican speaker and both the House and Senate will give Republicans much leverage in selecting the successor VP to Harris.

Thus regarding the House races, Republicans first need to look at the probable locations of fraud and see how they overlap with the races that have been “called” for the Democrat or that remain undecided to determine which have the potential following ballot challenges to lead to a Republican victory.

Of course, I trust such analyses are being carried out in the states currently under challenge (PA, GA, MI, WI, AZ, NV) since there’s already active work going on with the Presidential votes.

But the efforts to pick up more seats should not be restricted to just those six states. We also need to take a look outside of these states to other blue Biden states which likely had some fraud activity but not enough statewide to change the electoral votes. I’m speaking particularly of VA7 and MN2 (less likely) and perhaps even districts in some of more purple states, such as Orange County, CA.

This analysis should not neglect Trump’s states, in case there were some close races there too that may have associated fraud.

Relying on local campaign staff acting solo will almost surely not be effective. However, by integrating these races with with the Presidential efforts, it perhaps may yet be possible to climb still further to defy pre-election expectations and perhaps even gain the House.

Regardless, every House seat helps further neutralize (or even reverse ) Democratic control of that chamber. 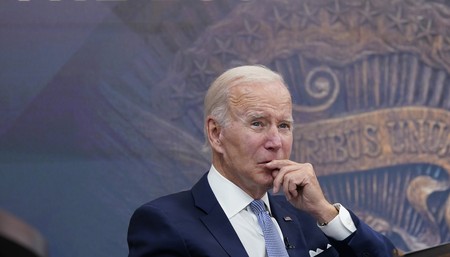