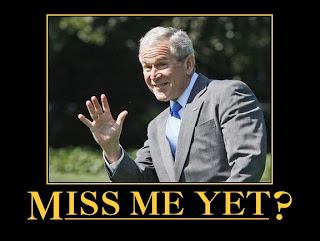 This week’s complete rejection of the deity of Obama by the world was just the icing on the cake. It has been a rough first year for the man who was supposed to heal the nation and fix all of our problems just by reading a TelePrompter well.

It seems an eternity ago that the deranged community organizer slash politician took to the stage at the DNC complete with the Greek pillars to be worshipped by the world as our god. Obama has sought nothing else, and continues to bask in the worship of his faithful–the media.

“Red & Yellow Black and White he said we’re all equal in his sight.”

Indeed. Obama’s legacy thus far is to boldly proclaim to the world that the nation he leads is, in fact, nothing special. We have brought more harm to the world than good, and the only way the world can function is by not giving us too much power.

Obama’s world tour has had two major themes thus far: that the world should be offering burnt sacrifices to him as their sovereign deity, and that America is, in the words of his beloved “a downright mean” country worthy of scorn. Everywhere Obama goes, he is sure to too his own horn while trashing America.

At the Summit of the Americas in April:

“While the United States has done much to promote peace and prosperity in the hemisphere, we have at times been disengaged, and at times we sought to dictate our terms. But I pledge to you that we seek an equal partnership. There is no senior partner and junior partner in our relations; there is simply engagement based on mutual respect and common interests and shared values.”

Among those we apparently have “shared values” and equal status with: Hugo Chavez (Communist dictator & lunatic), Daniel Ortega (communist dictator and lunatic) and the Castro brothers (patron saints of healthcare.) Of course, Obama sat through speeches by many of the dictators (in between their bear hugs, gift-giving and guffawing with Obama) attacking the United States unmercifully. As a response to Ortega’s anti-American rant, Obama was careful to make important distinctions:

Don’t blame me, I’m not Bush. I hate America too. America sucks, but I’m a great man. In other words, “Mmm Mmm Mmm Barack Hussein Obama.”

In Cairo in June, the anointed one continued the “America is nothing special, but I am” theme:

“Given our interdependence, any world order that elevates one nation or group of people over another will inevitably fail.”

Sounds innocent enough, right? Well, of course, in the same speech designed to downplay America’s role in the world, Barry also made note of the tremendous contributions of Muslims while quoting extensively from the Koran. Among the highlights in Obama’s mind is the Treaty of Tripoli in 1796 because it was “one of the first treaties to recognize” the new nation of America. Of course, lost on his sense of awe was the fact that said treaty was enacted in order to blackmail the United States. Muslim pirates (the same folks who bested Obama for several days early this year) were keen on attacking our ships, kidnapping our “Christian infidels” and selling them into slavery, while also stealing our stuff. This was an act worthy of praise to Obama.

Obama also bashed America while praising himself at the United Nations. In fact, it almost seemed as if he was giving a stump speech on his new campaign to be world potentate. Obama’s speech barely spoke of America, except to criticize it or highlight what others have said critically about it. Instead, it was all Obama all the time:

“I have been in office for just nine months — though some days it seems a lot longer. I am well aware of the expectations that accompany my presidency around the world. These expectations are not about me.”

The same “Obama as the center of the universe” theme permeated his Olympic presentation just days ago. In a presentation completely about himself, Obama gave the new moment by which time should be measured, the moment of his election:

“Nearly one year ago, on a clear November night, people from every corner of the world gathered in the city of Chicago or in front of their televisions to watch the results of the U.S. Presidential election.”

It was the colossal failure of Obama’s life story to win an Olympic bid for Chicago that brought to light what an utter failure Obama’s foreign policy has been.

Yes, the masses worldwide like Obama because he trashes America. They just don’t like him as much as he likes himself.

His “me first, America last” policy to foreign policy has worsened the situation in Afghanistan, strained relations with Germany, England, France, Poland, the Czech Republic, Israel and Georgia–the country and the state. The latter Georgia (the state) is due to the complete inaction and lack of attention given the state that suffered massive flooding in recent weeks. If I were a rapper, I would take to the microphone to tell America that Barack Obama “doesn’t care about black people” or “any people who live in Georgia” based on his total indifference to the people of Georgia (many of which, in the affected areas, are black.) Perhaps a new documentary will be made to show that Obama hates blacks so much that he “blew up the levees” in Georgia to drown as many as possible.

So sure, we are as thick as thieves with Cuba, Venezuela, Russia, and some other dictatorships and thugacracies around the world, but we have alienated most of the free democratic nations of the world. What has this new Obamamania approach yielded? All of the following major accomplishments can be traced to the Obamamania foreign policy:

People fainting in Germany when he spoke there last summer.

Iran getting nuclear weapons, thumbing its nose at the international community, and firing rockets into the air with impunity.

North Korea firing rockets into the air with the intent to hit Alaska or Hawaii without impunity.

Muslim pirates attacking our ships for several days before finally (and reluctantly) being dealt with by Obama.

Afghanistan getting worse (where admittedly the Obama goal is not “victory.”) Indeed, this is such a failure that Obama is being torn asunder by his left-wing lunatic soul mates and rational Americans. So upset was Obama that he actually (again reluctantly) met with his general for a whole 25 minutes. Sure it was largely to tell him off for daring to ask for the troops he needs to succeed and admitting in an interview that Obama has blown him off for 70 days, but at least they got some face time! See what a serious Commander-In-Chief Obama is!

Releasing terrorists into the world’s finest resorts and someday, into the communities of America.

Demoralizing, and investigating the CIA, while turning the other cheek to actual terrorists.

Meanwhile, domestically, our “savior” has failed miserably as well. His buddies in congress are now on the endangered species list for next fall, and his major initiatives have still not been accomplished. Sure, he usurped major portions of the economy in a big win for socialism, but he lost the following:

Cap and Trade (also known as Cap and Tax) is dangerously close to failing.

Despite his love of stimulus packages, it doesn’t appear likely that his cronies in the congress will be able to hook him up for another fix any time soon.

The economy and unemployment remain in the toilet.

Healthcare, healthcare healthcare. Brought to a screeching halt by best-selling author Sarah Palin via a plethora of Facebook notes and scores of “angry mobs” arriving at town hall meetings and in rallies around the nation.

Van Jones had to resign. Tom Daschle and Bill Richardson didn’t even make it to the confirmation hearings. Other radicals, including but not limited to, Valerie Jarrett, Cass Sunstein, Carol Browner, Mark Lloyd, and NAMBLA supported and “Safe School Czar” Kevin Jennings, are all under some degree of scrutiny thanks largely to Glenn Beck, Sean Hannity and Rush Limbaugh.

In fact, it is pretty difficult to actually name one thing that has gone right for Obama. His best contribution to the nation may, in fact, be that Jimmy Carter suddenly doesn’t look too bad in comparison. Obama’s failures are not just mediocre, they are glorious. Glorious in their ineptitude, their vanity and their sheer volume and magnitude.

Somewhere, admiring the total failure and ineptitude of his successor, a laid-back Texan is asking with a smile, “Do you miss me yet?”