My Essay: How I Can Help Obama 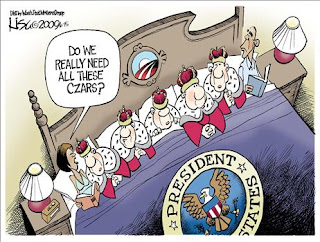 So, President Obama gave his speech to the school kids. It turned out to be a snooze-fest pep rally speech about staying in school. Of course, in the speech, Obama spoke mainly about himself, referencing himself 56 times (almost as many times as there are states according to his calculations) and trivial subjects such as school only 19 times and education only 10.

Overall, however, the President’s speech was fine and there was no political scandal to it. That, of course, was only because we complained about it. (By we, I mean rational Americans, not lunatic fringe leftists hell-bent on destroying the Constitution in favor of a Big Brother state. Those folks were just fine with propagandizing the youth of America, so long as it served the purpose of “The One” and discouraged independent thought that diverged from that of the TelePrompter.)

Reports suggest that Obama’s initial plan was to promote himself and his political agenda. He was allegedly going to send the wee ones home with marching orders to tell mom and dad to pass healthcare reform.

There was also the study guide that was to be followed-up on by teachers. In the study guide, students were going to be encouraged to write a self-reflective essay on how they could help Obama personally. Thankfully, our noise also scrapped this propaganda from the lesson plans, but it is always fun to ponder what might have been.

In that spirit, I submit to you my own personal “How I Can Help Obama” essay:

So how would I help President Obama? Well, I would probably start by reminding the President that nearly 50 years ago another Democratic president named John F. Kennedy told us to “not ask not what your country can do for you, ask what you can do for your country!” He also spoke of a “belief that the rights of man come not from the generosity of the state, but from the hand of God.” I would explain to him that this speaks to a belief system that doesn’t see the government as the center of the universe and the answer to all life’s problems. You see, in those days, being a Democrat was not synonymous with “communist” and “anti-American whack-job” and among many in the grass roots Democratic party today it still isn’t. Their leaders, however, are a different story. That is why the revolt against Obamacare and the out of control spending have been so successful. They aren’t just us crazed right-wing wackos out there. Many independents and “not communist” Democrats have decided that enough is enough.

Liberals used to stand for freedom of speech, regardless of who or what did the speaking. To take away the freedom of speech for one, was to destroy that right for all Americans. Liberals such as John F. Kennedy understood this. President Obama has inadvertently studied under Reverend Wright and accidentally worked side by side with Bill Ayers. He didn’t realize that they hated America and loved Communism. This is a pattern that has repeated throughout his career, where the do-gooder community organizer accidentally works with, promotes, studies under, appoints and collaborates with terrorists, communists, racists, and any manner of anti-American nut jobs. After all of the coincidental exposure that the President has had to such folks, it is certainly understandable that his love of America might be dimmed, and his view of freedom and the role of government skewed.

So, maybe one way to help President Obama is to open his eyes to the importance of freedom of speech. His administration has been clear on this one. To his advisors, mentors, collaborators, and administration officials freedom of speech is something that must be destroyed. Maybe that’s why so many of them have spent large parts of their careers as active members of terrorist organizations (the Weather Underground), and various Communist/socialist organizations, while publicly theorizing about various anti-American conspiracy theories, rooting for America to lose wars, or shouting their own personal racism from the rooftops. From the recently resigned Van Jones to Cass Sunstein to Mark Lloyd to Carol Browner to Attorney General Eric Holder, the Obama administration is full of folks who simply want to stifle debate and silence the opposition. Indeed, they even praise communist dictators who usurp the media in order to “control the message.” Truthfully, communists, terrorists, racists, and conspiracy nuts aren’t always fans of the first amendment, but maybe I could help the President by reminding him that free speech is a good thing.

I suppose I could also help the President become a better judge of character. He didn’t know Reverend Wright’s views despite sitting in his church for 20 years, quoting extensively from the man’s sermons for one of his books and calling him his spiritual mentor. He didn’t realize that the man who’s living room was the spring board for Obama’s career was a terrorist. Or wait, he knew he was a terrorist, but figured he repented. Oh wait, well, he was only 4 when the man bombed the Pentagon. He had no idea Van Jones was a Communist/9-11 conspiracy theorist/racist even though anyone with access to google or youtube could figure that one out. He had no idea Timothy Geithner didn’t pay his taxes before appointing him Treasury Secretary. The Obama legacy is littered with grifters, scoundrels and dirtbags that somehow snowed Obama into thinking they were flag-waving normal Americans. Perhaps I could help him understand people better to avoid another 500 melt-downs in the years to come as he continues to nominate extremist radical after extremist radical.

Even in the matter of simply reading a TelePrompter, Obama can be hoodwinked. The TelePrompter tricked the kind-hearted and naive leader of the free world into thanking himself in a speech, lying about how he met his wife and even reading someone else’s speech for some time before noticing the mistake. With my help, President Obama could find his own voice and not let people and inanimate objects such as clear glass screens with scrolling text get the better of him. Standing Together, yes we can!

(Although it should be noted that Obama has fallen all over himself to declare that he did not ask for Van Jones’ resignation. Well, good. At least we know that someone who is a 9-11 conspiracy nut/Communist/racist is still eligible for a position in his administration. So maybe in the case of Van Jones, it isn’t so much being hoodwinked, as it is being titillated by the idea of Communism himself.)

I could also probably help the President by campaigning, donating to, volunteering for and voting for the GOP in the 2010 elections. Having the Republicans re-take the Senate and the House would stop his radical socialist agenda dead in its tracks. Since the vast majority of the American people are against most of it, it would probably be a good thing to stop his dastardly plans to dismantle the Constitution. With his crazed agenda stopped in its tracks, Obama would immediately experience a bounce in the polls as he would no longer appear as such a threat to the American people. After all, when this happened to Bill Clinton, he decided to govern like a moderate after the 1994 elections and it ensured his re-election.

Of course, helping to elect a Republican in 2012, like say, Sarah Palin (this one’s just for you liberals!) would also actually help the President. You see, if he was defeated for re-election, he could go back to the important work of community organizing. We were told by ABC’s Jim Moran, after all, that Obama was “taking a step down” to enter the White House, so why not let him return to his more important work. Indeed, we were chastised repeatedly in the campaign for impugning the integrity and important work that a community organizer working with a corrupt scandal-laden ACORN did. In fact, since Obama’s departure from community organizing, it has indeed fallen back out of favor. Those who organize Tea Party rallies and attend Town Hall Meetings are now “angry mobs” and “racists.” We need Obama back in the trenches to restore the work of community organizers to their previous glory when Black Panther’s carrying nightsticks guarded over Philadelphia polling places to intimidate any opposition voters and ACORN made sure that dead folks and illegal aliens weren’t “disenfranchised” from their right to vote. Freed from the shackles of the lowly Oval Office, Obama would be free to make community organizing cool again.

If I can teach President Obama that communism is bad, while reminding him that free speech is good, I will have done a huge favor the the president. My efforts to defeat his allies in the legislative branch and send him back to the important work of community organizing will also go far to help the President reclaim the important work of his life. In these ways, I believe that I can truly help President Obama.