A Tale of Two Teddies 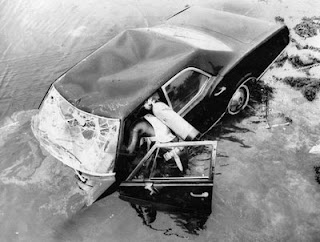 Reports indicate that Teddy “bridge diver” Kennedy has privately sent a letter to the Massachusetts governor asking that the state amend its succession laws. This is in an effort to avoid a vacancy should the ever-thirsty Senator have to leave the senate due to his life-threatening brain tumor. The current law was enacted in 2004 when the liberal Democrats of Massachusetts deluded themselves into thinking that their own resident grifter (Senator John Kerry) would be elected president. If the kept man of Theresa Heinz Kerry would have won the election, the previous law would have allowed the sitting governor to appoint an interim senator until a special election could be held.

At the time, however, in a freak accident, the people of Massachusetts had elected Mitt Romney, a “Republican,” as their governor. So, under that scenario, the newly minted president and self-professed lover of peanut butter and jelly sandwiches, would have created an opening for a Republican senator, if only for a brief moment. Thus, Uncle Teddy gave his support to the 2004 law. It was surprising really, since his own ascension to the senate would have been made impossible under the 2004 statute.

Teddy’s rise to the United States Senate came about when his older brother John was elected to the White House and had to vacate the same senate seat. At the time, Teddy was a mere 28, and thus not old enough to serve in the senate. In order to preserve the seat until Teddy could come of age, a Kennedy loyalist was temporarily appointed to the seat to keep it warm for young Teddy.

Had a special election been held, Teddy might not have gotten that senate seat in 1962. Thankfully, the future hero of Chappaquiddick had a friend in the White House and the governor’s mansion that day in 1960, otherwise the senate might have had to give the title of “conscience of the senate” to Robert “KKK” Byrd, instead of brave Teddy.

Of course, America in 2004 re-elected that arrogant cowboy. Sadly, for the great marinated one, this law has come back to haunt him in his final days. The law states that they must hold a special election within five months of a vacancy, but no provision is made to make an interim appointment. Of course, that would mean that if Teddy isn’t around to vote and a special election hasn’t happened yet, the all-powerful Senate Democrats would number a mere 59. Shoving through Obamacare would become much more difficult.

Of course, aides say Kennedy was “always against” the provision that would give the state only one vote in the senate until the special election could be held. So Teddy was for the appointment of place-holders in 1960, against it in 2004, and now for it again in 2009.

Aides to Kennedy insist he is just thinking of the people of Massachusetts and that there is no major change in his condition. Socializing healthcare has been the white whale to Kennedy’s Captain Ahab. It is more likely that the dying Kennedy wants to drive one more American car into the socialist bay before he goes. Teddy knows very well that an unfilled vacancy, or gasp, a Republican elected by the angry mobs crowding the town halls would serve as a bridge guard rail against Teddy’s DUI-driven careening health care car from successfully drowning its passengers (or Americans) at the bottom of the socialist bay.

Thus, brave Teddy makes his last ditch play for the only true love of his life–socialism.