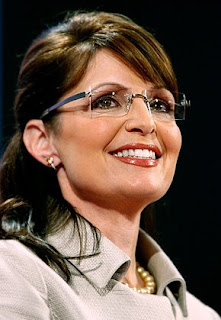 In popular terms across the political playing field, then, I suppose I am what you call “stupid.”

I say so because every time someone speaks up for me in the national debate, they are branded as such by opponents and back-biting “allies” in their own party.

The growing disconnect within the Republican party between conservatives and politicians/media darlings is a necessary evil that will either lead to a successful third party movement or a necessary reformation of the GOP. While I hope it to be the latter, I’m not sure how much more of the battered-wife syndrome conservatives are prepared to endure in order to stay in the GOP big tent.

Commentators, politicians and activists have lost their bearings. The Republican party under George W. Bush’s second term and John McCain’s candidacy has drifted into the more culturally popular position of being “democrat light” instead of an entire different brand.

Where we see convictions, they see political compromise and expediency.

Where we see a bold conservative reform platform that needs defending, they see something they need to apologize for.

On the political scene today Sarah Palin alone speaks for me. Sure there are some other conservatives here and there. Many of them are doing good jobs as governor, and many of them advance at least some conservative ideas, and I don’t mean to diminish that. The fact remains, however, that Palin is the only GOP figure of her stature saying the things that she is saying and that all of us at a grassroots level are feeling.

She speaks for a growing number of conservative activists who have spent our lives campaigning for and voting for candidates that didn’t really embrace our political philosophy, but at least gave partial lip service to it. We have turned a blind eye to the contemptuous way they have looked at us because we felt in the long run they would represent us better than the liberal candidate. In other words, we have settled for the lesser of two evils for what seems like an eternity in the hopes that another great conservative apologist and visionary would take hold of the GOP and right that terminally ill elephant.

We thought in 1999 that Texas Governor George W. Bush might be that person. He was pretty solidly conservative and seemed more Reagan than his dad. The first term was decent enough, but somewhere in the second term, President Bush gave up on conservatism in order to focus solely on conducting the War on Terror.

For his efforts in confronting terrorism in the world, President Bush deserves our thanks. For his abandoning of conservative principles in his later years, he deserves our pity.

Like many before him, he simply gave up the will to fight. So many in Republican circles think it better to be accepted by the mainstream media and Washington D.C. crowd than to actively pursue an agenda. They forsake conservatism for expediency. Even worse, they insult those in their party that refuse to go along with selling conservatism down the river.

Contrary to Senator Voinovich’s idiotic take on the state of the GOP, it is not “southerners” that threaten the GOP, it is weak-kneed leaders who apologize for conservatism, dress it up with liberal accessories and create a new creature entirely in their own personal image. What voter independent or otherwise, would get on board with a political philosophy whose own leaders only adhere to small portions of it or concede massive ground to their opponents by apologizing for vast portions of it?

As a soldier in an army, you certainly would rather serve under the command of a brave, take-no-prisoners type of General over one who apologizes to his enemies and makes excuses to not advance the army on a daily basis.

Americans, like all people, are inspired by greatness, courage, and a firm direct vision.

While most Republicans (except for a few governors and Jim DeMint) are busy trying to stress what a nice guy Obama is and trying to see how they can pass at least part of his agenda, Governor Palin boldly derides Obama’s anti-American approach:

“We face challenging times with some hell-bent on tearing down our nation by perpetuating pessimism and apologizing for America. They suggest that our best days were yesterdays. But how can this pessimism exist? Proof of our greatness and pride is all around us today. We produce proud and great volunteers who sacrifice everything for their country. This week alone, at the chapel at Fort Rich, I heard the last roll call and the sounding of Taps for three very brave, very young Alaskan soldiers who gave their all for all of us.”

Speaking out against stimulus and other drunken-sailor-spending in Washington, Palin reminds us of what conservatives used to preach from the rooftops:

“We can resist enslavement to big central government that crushes hope and opportunity. We must be wary of government largesse. It doesn’t come free and often accepting it takes away everything that is free. Melting into Washington’s powerful and caretaking arms will only lead to suck away the incentive to work hard and chart our own course. This will only contribute to an unstable economy and dizzying national debt, and it will make us less free.”

Now, I’m sure the anti-Palin folks in the conservative movement and in the liberal establishment will attack her speech for lacking specifics. They will tell us she needs to study because she is too stupid. They will tell us that she’s a whiner for attacking the media for its bias. They will tell us that Mitt Romney is our only hope. (It should frighten you when both liberals and people in your own party start promoting a particular candidate for your presidential nominee.)

The sustained elitist condescension from both sides is a staggering mis-calculation. How long do they think they can retain power by talking down to their constituents? Their trust is placed in their donors and political pals and not their constituents. They underestimate us, and Sarah Palin, at their own peril.

The American people want common sense. They want true leadership. They want unapologetic political courage from their leaders and integrity in their government. Both parties have dropped the ball on this one.

For once in my political life, I’d like to vote for a real leader and not just the lesser of two evils. Sarah Palin, to me, represents that chance. She’s not perfect, but she’s real. She’s honest. She’s conservative.

She is the future of the Republican party if it is to succeed. If the party shuns her in the next few years where she could make a huge difference in stopping the agenda of Barack Obama, they are worthy of our distrust and revoked support.

As a resident of New Jersey, I’ve been forced to support liberal Republicans for years who insult my religious faith, my political views, and my way of life. I’ve done so for the greater good, because the opponent was even worse. There is a day of reckoning, however, and the alliance between conservatives and the Republican party is at a crossroads. We don’t expect every Republican to agree to everything we stand for, but we don’t expect them to fight against us, insult us, and try to maginalize us to preserve their own political status quo. This isn’t just a political game or a single person’s career. This is the future of America that we are talking about. Never has the conservative approach to government been more in need than right now, and yet both parties seem hell-bent on heading the other way.

Sarah Palin represents a hope for change not seen since Reagan. Sarah Palin didn’t earn her success through her husband or family name. She didn’t earn it through buying it. She earned it through power of her ideas and her ability to convey them. She isn’t just a political star or a great communicator. She’s a true, honest leader conveying great things. America will follow conservatism when it is conveyed clearly and with unflinching courage and optimism in the face of steep odds.

Sarah Palin doesn’t follow the beaten path, but then true leaders seldom do. Whether she is your choice or not for 2012, all conservatives should embrace and support a successful messenger of the conservative agenda and welcome her contributions to the national debate. You just might be surprised at where it leads.

As for me, I thank God that Sarah Palin is there to speak for me. I finally feel I have a voice in the national debate and I will defend it as a mama grizzly defends her cubs from attack.