For My Daughter: Standing Up To The Liberal Assault On Women 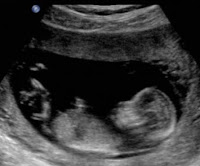 A busy work and personal schedule as of late has kept me silent on a few things in the past few days. Now, with time to reflect and a few moments to put my thoughts together, I am going to take a stand to defend Reagan, my almost 4 year old daughter. Now, she’s not in any danger per Se and nobody is attacking her personally. We find ourselves, however, in a culture that is increasingly hostile to the innocence of childhood and in particular, to the innocence and purity of young girls. As a result, it is the responsibility of fathers across the country to stand up for their daughters. It is our sacred God-given duty.

There is nothing “trivial” about the savage assault waged against the children of Governor Palin by a morally-bankrupt and propaganda-spewing media and entertainment industry. It is a mother’s duty to defend her children, or as the Governor herself would say, a “Nanook defending her cubs.” Sure, Governor Palin should address important issues. She should also fulfill her role as a mother and her smack down with Letterman has her doing just that.

First, I will not repeat the disgusting comments Letterman made about her daughter, because I think they are pretty well-known by now. The comments were way over the line of decency. His explanation (not an apology by any stretch of the imagination) was just as horrendous. Somehow directing the sexual comments at an 18 year old girl is more appropriate than doing so to a 14 year old. Both are inappropriate, disgusting and wrong. As Palin has pointed out, such comments simply encourage a culture that degrades young women to sexual objects, makes them think that all they are good for is cheap sex, and violently rips the innocence from our young women.

Letterman’s jokes are reminders that liberal society advances the image of women embracing promiscuity and degrading behavior as something laudable. They are also something as Governor Palin pointed out, that would never be leveled at the Obama girls or any other liberal offspring for that matter. The hideous attack on the young Palin children is both morally reprehensible and a glaring example of a horrific level of media bias that could accurately be depicted as outright propaganda.

The comments against Governor Palin are equally egregious. Referring to an accomplished woman as a “slutty flight attendant” merely because she (a) disagrees with you politically and (b) is attractive, is a slap in the face to women everywhere. Governor Sarah Palin was only the second women in American history to be nominated for Vice President of the United States on a major party ticket. She was the first woman elected governor of Alaska, and the youngest person elected in that office. She has taken down people within her own party and state government and has just announced the AGIA deal with Exxon and Trans-Canada (a feat pursued by governors of Alaska for 30 years and accomplished within 3 years of her tenure) that will do more for energy independence than all of the actions of Washington put together. To demean her in such a disgusting way is acceptable to folks like Letterman only because of who she is.

I want my daughter to grow up in a country that celebrates women like Governor Palin and refuses to engage, celebrate, laugh at, or defend a sick old man or anyone for that matter, who engages in disgusting attacks on the innocence of young women. Nothing can be more sacred to the future health of a nation than to defend the innocence and dignity of their children.

The heinous line of attack evident in the Letterman debacle works hand in hand with the brutal assault on young women by the liberal movement under the guise of “women’s rights.” In exercising their “freedom of choice,” countless young women have been left grappling with a lifetime of emotional, physical and spiritual torment and been robbed of their innocence and dignity. These young women have suffered from depression, physical ailments, an increased rate of cancer, eating disorders, and even in some cases post-traumatic stress disorder in the form of post-abortion syndrome (PAS).

Now, here in New Jersey, young women are facing another dangerous threat to their health and well-being.

In a blog several weeks ago, I celebrated the work of Crisis Pregnancy Centers both in New Jersey and around the nation, as they seek to help young women facing unexpected pregnancies.
I also celebrated the use of ultrasound machines in the important work that they do to help women choose life for their unborn children. This tool provides young women with the truth regarding their pregnancy, and just as the Bible tells us, the truth sets them free. Well over 80% of women who see their child on ultrasound will choose life for their unborn child. I even pointed out that this was the reason why countless young women would come to our center and tell us that they were denied an ultrasound at Planned Parenthood. The abortion industry is well aware of the impact of an ultrasound on the choice that a young woman makes. So, instead of seeking to make abortions “safe, legal and rare” as the typical feel-good liberal mantra goes, they intentionally deny information to their clients in hopes of influencing their decision (and thereby making the commission on the murder of their child.)

Well, in New Jersey, apparently the liberal state assembly has caught on to this fact as well. The New Jersey Assembly has recently passed bill A3477. A copy of the bill can be found here. This bill would deny crisis pregnancy centers from being able to purchase or perhaps even use existing ultrasound machines. Ultrasound technology would be strictly prohibited from these non-profit organizations under the ear-tingling guise of “protecting women.” The New Jersey Senate is now considering the bill, and should it pass the heavily Democratic senate, it would land on the desk of pro-abortion Governor Jon Corzine, who would in all likelihood sign it.

Now, this legislative assault on the unborn is important for several reasons. First, because New Jersey is the #1 state in the nation for teenage abortions, and #2 (behind only New York) in abortions overall. Secondly, because it exposes the true motives of the liberal politicians who like to spew good-sounding rhetoric like “nobody likes abortion” and that everyone “wants to reduce the number of abortions” while telling us it is a fundamental right to all women that should be cherished. This bill cuts through the rhetoric and reveals liberals to be the enthusiastic promoters of abortion that they really are. Their actions in this bill will increase the number of abortions, plain and simple. Finally, it is important because this is a test bill. If this type of legislation succeeds in New Jersey, it will begin to make its way through the legislatures of states across the nation. It will only be a matter of time before Speaker Pelosi, and President “let the baby that survived an abortion die on the table” Obama pursue a federal version.

As I mentioned, I worked intimately within a crisis pregnancy center for 5 years. I saw the dramatic increase in decisions for life that our center saw with the incorporation of ultrasound. Taking that tool away from one center could result in hundreds of additional abortions per year. If this tool were to be taken away from centers across the nation, we could quite possibly see an increase of tens of thousands of abortions per year in the United States. That would be awesome for Planned Parenthood’s bottom line, but devastating to the moral fabric of our nation.

So, it is for my daughter Reagan that I must stand up and denounce the treatment of the Palin girls and the assault on young women and their unborn children. My daughter deserves better. Our nation deserves better. Join me in telling the NJ senate to vote no on the bill and in telling the liberal establishment that enough is enough where our young women are concerned. The liberal assault on women must be stopped and we are the last line of defense.