The Value Of Human Life According To Modern Liberals 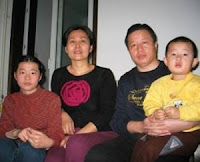 Despite all of the rhetoric of standing up for the people, the modern liberal movement continues to build a legacy that demonstrates a ruthless indifference to the plight of those who are not like-minded in their world outlook. In the mind of many extremists on the left, human life is only as valuable as the beliefs that person holds.

Once upon a time, the founding fathers of this great experiment in freedom known as the United States of America, declared:

We hold these truths to be self-evident, that all men are created equal, that they are endowed by their Creator with certain unalienable Rights, that among these are Life, Liberty and the pursuit of Happiness.

The nation’s history is rich with those who have pledged their property, their reputations, and their very lives to advancing the cause of liberty and freedom for not just all Americans, but to the entire world. Brave men and women from all different walks of life have joined together for the cause of America and to open up the right to “life, liberty and the pursuit of happiness” to all people.

Today, however, our leaders in Washington seem to be further clarifying what “hope” and “change” they want to bring to the American people. Life, in the view of the powerful liberal elite governing this nation currently, is only valuable when it is the right type of life.

Speaker of the House Nancy Pelosi takes a trip to China, largely to get the spotlight off of her insane accusations against the CIA that run counter to every other person in attendance in those “misleading” meetings that the Speaker attended regarding water boarding. While she is there, one might expect Speaker Pelosi to speak out against the flagrant abuses of human rights conducted by China. Instead, Speaker Pelosi lectured the Chinese on going Green. (Maybe Green is the new Red?) And in a most stunning display of propaganda, she claimed that her speaking out on the environment was addressing human rights:

Speaker Pelosi might be surprised to learn that, according to the Voice of the Martyrs China has more Christians in jail than any other nation in the world. Their crime? Simply being Christian.

Consider the case of Gao Zhisheng, a Christian human rights attorney in China who has consistently and valiantly stood up against his government’s horrific treatment of Christians and paid the price for it. Mr. Zhisheng has been repeatedly kidnapped, arrested, tortured and imprisoned for his work defending the persecuted Christians in China. His written account of his 50 days of torture from 2007 is quite stunning, and it begins with a challenge to the Nancy Pelosi’s of the world:

These words of mine will eventually, no matter how long and hard a journey that may be,
be seen by the world. They will tear to pieces the seemingly humanness of many things in China today, bringing to light the unimaginable true colors of the “ruling party” in China. Of course, these words will inevitably bring slight uneasiness or even slight embarrassment to those “good friends and partners” of the Chinese Communist Party (CCP) the world over—if these “good friends and partners” still have any trace of reverence to ethics and the value of human conscience.

“Good friends” and “partners” of China are a veiled reference to the Western culture that turns a blind eye to the atrocities of the communist Chinese government towards Christians. Somehow I doubt that Pelosi’s blabbering on about climate change missed the mark in Gao’s eyes as to maintaining that “reverence to ethics” and “value of human conscience.” I’m sure her love of all things green did nothing to comfort Gao.

Mr. Zhisheng disappeared on February 4th of this year. It is believed that he is being held in a Chinese prison for his stance against religious persecution. A website has been set-up and a petition is set for signing to demand that the Chinese government release this innocent and honorable man. Some officials, including Democratic Senator Byron Dorgan have spoken out on this issue. Join the cause and sign the petition here.

Meanwhile, as Speaker Pelosi is minimizing the suffering of imprisoned and tortured Chinese Christians in order to spew propaganda from her environmental platform, here at home the mainstream media has also given us a lesson on the value of life.

It seems that the murder of a “holy church-attending man” (Dr. George Tiller) who performs late-term abortions (also known as infanticide–the killing of an unborn child that would clearly survive outside the womb) is one worthy of national mourning and gnashing of teeth the likes of which haven’t been seen since the death of Princess Diana, yet a U.S. soldier being gunned down by a Jihad-seeking Muslim barely registers a blip on their radar screen. Sure Fox News is covering it, but the mainstream media is too busy mourning the pious abortion provider and wondering if there was a massive pro-life conspiracy to gun down this national treasure, while completing ignoring the brave young soldier shot as an “infidel” by Abdulhakim Mujahid Muhammad. There’s probably no massive conspiracy on the part of Muslim extremists to kill us. That’s why President Obama told us today that Iran was cool to have nukes.

Now, what I am not suggesting is that gunning down Dr. Tiller was okay. Clearly it wasn’t. I am suggesting that the complete lack of outrage over the murder of a soldier at the hands of yet another Muslim extremist is very telling when compared to the outright hysteria over Dr. Tiller’s murder. To the media, this doctor’s life is worth mourning, while the soldier is not. The Doctor, you see, stood for killing the unborn, a very fashionable position with the media elite, while the soldier simply loved his country. Again, only certain lives are worthy of human rights.

We have come a long way from finding that inherent human dignity to be “self-evident” to evaluating the value of each life on the political, social and religious views one holds. America has a long history on standing up for human rights. Let’s hope that our leaders will one day again embrace the right to life, liberty and the pursuit of happiness for all people. For if they do not, may God forgive us all.

White House Builds a 'Wall'...Around the President
Townhall
People are still having fun with that photo of hardcore MAGA QAnon insurrectionists at the #JusticeForJ6 rally
Twitchy
Biden Says Something Completely Ridiculous, but Doesn't Even Realize It
Redstate
Washington State Now Hiring 'Strike Team' for Quarantine Facility With 24/7 Security
PJ Media