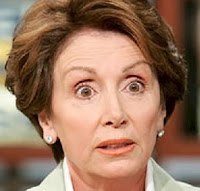 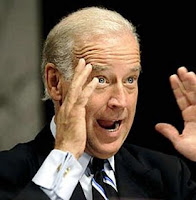 Last week, as the leader of the free world sat yucking it up at the White House Press Dinner, his chum, the sassy Wanda Sykes (typically a funny comedian) tore Rush Limbaugh a new one by intentionally twisting his words into things and sentiments that he did not say and did not mean. Of course, it was all in the name of humor. Then she branded Limbaugh guilty of “treason” compared him to Osama bin Laden, belittled his past drug problems, and wished him dead with this heartfelt needling:

“Rush Limbaugh, I hope the country fails, I hope his kidneys fail, how about that? He needs a good waterboarding, that’s what he needs.”

Now, I will be the first to admit that I enjoy using sarcasm to make my points. I can be very pointed and downright stinging when criticizing the President and his socialist policies. I do not, think, however that wishing one dead that you have political disagreements with is appropriate. Nor do I think it is appropriate for the President of the United States, who was lauded as the messiah we have been waiting for, some sort of post-partisan deity that would bring all factions together in unity and love to bring about the change that we have been waiting for, to laugh at such trash.

And make no mistake, Ms. Sykes’ routine was trash. She crossed a line. Yet, messianic President Obama sat there drinking in the moment and laughing it up as though it was the funniest thing he had ever heard. Of course, this is the same man who could sit at the Summit of the Americas as thugs, socialists, and dictators trashed the United States in their speeches and in the bestselling books given as gifts to His Royal Changeness while he smiled, embraced, and gave secret handshakes to them. (Come to think of it, the only thing missing was a “high five.”) Then, when given the opportunity at that event to set the record straight and defend this nation that he wanted to lead so badly, Obama simply thanked his fellow socialists for not blaming him personally for the horrific things that America does. After all, he is here to heal the world, not protect and defend America. America is just an annoying stepping stone riddled with “bitter” people on Obama’s way to world domination. While those people continue to cling to the religion that the enlightened socialists and elitists leading it have discarded, President Obama continues to distance himself from that “mean” country as he campaigns for World Potentate.

So why should one be surprised when that same man is entertained with the lofty comedy hoping for the death of a political enemy?

I may disagree with Ms. Sykes. I find her disgusting, vulgar, and classless. I do not, however, wish her dead. I think she is dead wrong on her politics, but that doesn’t negate her right to live. It is only the non-judgmental, compassionate liberals who deny the right to life for people they don’t deem important, convenient, or right (see also political opponents, the elderly, and unborn babies.)

In other news, President Obama’s choice of Vice President continues to entertain. In one of his “Oh that’s just Joe being Joe” fits of crazy, the great plagiarist apparently revealed details of that top secret “undisclosed location” that Vice President Cheney spent so much time in during the days following 9/11. Surprise! And we trust this man with national security secrets. Good to know. Perhaps the next time he calls for a man to rise from his wheel chair at a public event, Joe Biden will also accidently shout out the nuclear launch codes.

Did someone say crazy? In another stunning demonstration of narcissistic insanity, our beloved Speaker of the House Nancy Pelosi, also known as the bride of the Joker, made news this week. This derranged woman is now taking on the entire CIA by claiming that they lied to her about water boarding. Speaker Pelosi is the only one who remembers these meetings this way, however, as every other person in attendance in those briefings contradicts her story. She even does depending on her mood that day. She’s already told several versions of the truth. No doubt her truth is a “living document” like the Constitution, and it constantly evolves to remain relevant. She also fidgets, bulges the eyes out of her head and plasters a derranged psychotic smile on her face a la Jack Nicholson in “The Shining.”

As usual, the mainstream media continues to cover for this trio of winners. Yawn.

Mainstream media or not, with the hypocritical, insane ramblings of the Democratic leadership and the over-the-line comedic death threats leveled at their opponents in the name of good taste, it appears that all conservatives really need to do is give these clowns more rope with which to hang themselves. A good public meltdown by the punch drunk Democratic majority a la Britney Spears & Lindsay Lohan is coming. I, for one, say bring it on.

What Virginia Schools Will Be Changing About Math Curriculum...All in the Name of Equity
Townhall
'I was concerned they would come to my house': Thread covering sit-down interview with alternate juror in Chauvin trial INCREDIBLY damning
Twitchy
Derek Chauvin Juror Speaks out, Raises Questions
Redstate
The End of Basic Education: Biden Issues Public School Critical Race Theory Order
PJ Media