The Case For Life: Changing One Heart At A Time 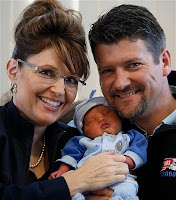 This is great news for people who believe in the sanctity of life over personal convenience. Many of us who have been active in the pro-life movement have focused on just this thing, that is changing the hearts and minds of Americans.

The countless crisis pregnancy centers across the nation are doing that every day. As someone who worked for such a center for over 5 years, I can tell you that on a grassroots level, pro-life activists in these centers have been successful at changing hearts and minds one at a time for years. One by one, the eyes of young women have been opened to the sanctity of life and the dignity and value that each life has. The use of technology has also made this argument easier to make.

Young women can come into these centers and see their baby on an ultrasound (something denied them even if requested in Planned Parenthood.) And make no mistake, there is a reason that the abortion-for-profit centers run by Planned Parenthood and their allies in the abortion industry deny this option to their girls. Statistically somewhere north of 80% will choose life if they see their child on an ultrasound. Put simply, if given all of the facts, more and more women are choosing life for their unplanned or inconvenient pregnancies.

The appeal to these women to choose life is one based on truth and compassion. Unlike the abortion industry, crisis pregnancy centers do not deny the truth to women, but share the truth in love. Women are encouraged to think for themselves and are given the full facts with which to decide.

This softer approach has proven to be more effective not just because it is grounded in truth, but also because it is genuine. Many of the volunteers staffing these centers have unpanned pregnancy stories of their own to share. All of them speak from their heart and relate to their clients on a personal and heart-wrenchingly genuine level. As a result of this approach, Americans are beginning to see the truth in the pro-life movement and are beginning to join the pro-life side.

One such powerful example of this approach during the past year was the candidacy of Governor Sarah Palin. Governor Palin took what the centers were doing at the local level and brought it to the national stage. Unlike any other politician in recent history, she spoke of the pro-life position from a position of experience. She walked the walk and it showed. Interestingly, the Pew Research Center found:

an eight percentage-point decline since last August in those saying abortion should be legal in all or most cases, from 54% to 46%. The percentage saying abortion should be legal in only a few or no cases increased from 41% to 44% over the same period. As a result, support for the two broad positions is now about even, sharply different from most polling on this question since 1995, when the majority has typically favored legality.

Now, it is important to note that Governor Palin was announced as John McCain’s running mate in August 2008. What other massive pro-life event happened to signal such a shift? This was also about the time that Senator Obama told the nation that the abortion question was above his paygrade. His record, of course, suggested otherwise, as the shifty Chicago politician has a long history of doing whatever he can to ensure as many abortions as possible occur and even supported efforts to allow babies who survived abortions to be denied medical attention and to slowly die on the operating table.

So, although Obama won the election, Governor Palin’s story of her son Trig and her pregnant teenage daughter struck a chord with many Americans. Instead of hollow-sounding rhetoric designed to offend as few as possible, Governor Palin spoke from the heart on abortion and shared from her personal experience. This type of advocate is exactly what the pro-life movement needs and has used on a local level for years to great effect. It is when the American people can be given the facts and shown by example that all life has dignity and value that they can be set free to support a culture of life.

Now, nobody can suggest that Governor Palin alone was responsible for the movement in the national position on abortion. It should be noted, however, that Governor Palin was the most prominent national pro-life spokesperson during a time in which the numbers dramatically shifted to the pro-life cause more so than any time in recent history. It is then reasonable to assume that the governor did have at least something to do with those numbers.

The American people respond to genuine leaders. Governor Palin is such a person. A standard cookie-cutter politician parroting the pro-life line isn’t going to cut it, nor is a standard politician parroting the conservative agenda. In order to advance conservatism, I say again that we need a genuine person who can relate to people and effectively advance our agenda. Leaders like Sarah Palin should be celebrated and cherished for their ability to do just that.

These numbers reflect a positive trend in America. One that could impact upcoming elections. Left unchecked, the rabid pro-abortion Obama administration will seek to make abortion as available as possible as a sort of right of passage for women everywhere. Perhaps they will even begin to sell the Planned Parenthood tee-shirts carrying the boastful message “I had an abortion” in the White House gift shop.

If the pro-life movement continues to grow, look for the old Clinton fall-back of calling for “safe” and “rare” abortions. Just as the pro-life movement can’t force a change of the law without the support of the American people, so the pro-abortion agenda can’t proceed unchecked if the political winds are against them.

As we consider that, however, one thing is clear, America has a staunch defender of life in Governor Palin and a staunch opponent of life residing in the White House. There are important things to be done on this issue and it is up to us to choose life or death for our culture. Will we defend the most vulnerable among us or will we look to our own convenience?

Let us pray that America continues to become a culture of life.

The Coma Before the Storm
Townhall
'You are the ones with the perversions': Stand-up comic wants to know why Matt Walsh doesn't find joy in a young girl twerking
Twitchy
Fox News Reporter Drops Big Surprise for Network Live on Air
Redstate
The Morning Briefing: The Cancel Woke Bullies Are Getting Pushback and It's a Lot of Fun to Watch
PJ Media