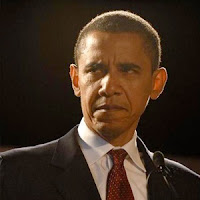 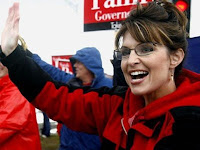 Governor Sarah Palin’s speech to the Vanderburgh Right To Life fundraising banquet in Evansville, Indiana reminded many of us why she was chosen to run for Vice President in 2008 and why many, including myself, hope to see her run for President in 2012 or 2016.

Governor Palin’s delivery of this speech was heartfelt and real. It was authentic in a way that no other politician of this current time can match. Sarah Palin represents the real deal. A real person seeking to better her state and her nation. A servant-leader in the true Christian definition. She doesn’t seek power for power’s sake. She isn’t obsessed with herself. She isn’t fork-tongued. She doesn’t go out of her way to alienate her friends in some lame attempt to win favor with the media. She actually seems to like America. She is who she is and that’s enough.

What Sarah Palin represents is everything that Mitt Romney lacked in 2008. Romney, who spent millions of dollars in the primary still failed to connect with vast numbers of grassroots conservatives. He has many establishment supporters but he failed to catch fire with the rank and file. Mitt Romney is a good man, but he’s a politician first. Sarah Palin represents us. She is us. She walks like us. She talks like us (when she isn’t being muzzled by a campaign staff that looks down at her) and it works.

Like Ronald Reagan before her, she also brings a sunny optimism and stage presence. Her shortcomings during campaign 2008 were vastly overshadowed to many of us by her speeches (most notably the GOP convention speech) and her debate performance. Her optimism, however, isn’t Barack Obama’s brand of poll-driven false optimism. Sure, he trashes America and the economy for weeks on end, and then throws a few bones to those of us who like America because his pollsters say that he is “too negative” so he becomes “more like Reagan.”

Ronald Reagan was what the Obama concubine media would call a “right wing extremist” and would be said to be “unelectable” for that reason. In fact, bumbling and squishy moderate Gerald Ford made that very claim regarding Reagan. Many doubted that such a hardcore conservative could be elected. After all, didn’t Goldwater lose in a landslide?

It is not the message that fails in cases like that. It is the messenger. Sarah Palin is not perfect. She didn’t spend a second pursuing national politics prior to being selected by John McCain to run for Vice President. She didn’t spent months, or years studying national issues, because she was too busy focusing on her actual job of running the state of Alaska. In addition to that, the message of 2008 was not her own. Her job was to be the head cheerleader for John McCain.

Sarah Palin spoke of her personal trials and tribulation with candor, grace and authenticity. She wasn’t exaggerating things a la scrappy Joe Biden and his fantasy world of landing under sniper-fire and telling off President Bush in the Oval Office. She tells the truth from the heart and it resonates.

Governor Palin also joked openly about her interview problems, her wardrobe “scandal” and the fact that you can see Russia from Alaska with great comic timing and to great effect.

Governor Palin possesses a strong set of political chops. She can take the abstract fuzzy political speak and make it heart-piercing and personal to the listener. She shares this skill with other successful politicians like Bill Clinton and Ronald Reagan.

She also represents a shot for the people of America to take our government back from the pork-loving, inept, and corrupt political prostitutes that run Washington D.C.

Ronald Reagan was able to defeat Jimmy Carter in 1980 largely because of his communication skills and presentation. He was able to take perceptions about his radical right-wing agenda and past as an actor and change them through his wit, style and grace. Conservative principles will always win elections, but they need to be communicated effectively and genuinely. The genuine sunny optimism of Ronald Reagan and his love of America convinced a large number of Americans to join the Reagan revolution and embrace conservatism over Jimmy Carter’s hopelessness.

In many ways, the political winds are shifting to the same pattern found in 1980. In only a few months, Barack Obama has gone on a worldwide apology tour, high-fiving socialist dictators, bowing to Islamic royalty, and insulting our democratic allies. He has taken every opportunity both on our soil and abroad to slam the United States. He has talked down everything from the economy to our role and position in the world. He has revealed himself to he a hallow shell of a politician that can only speak when reading from his buddy the TelePrompter, even going so far as to refuse to answer questions about pirates during a healthcare press conference because he didn’t have someone write the answer for him yet.

Sarah Palin represents just the positive, genuine and humble messenger for a new Reagan revolution. Her sunny optimism and cheery wit will bring morning again to America after this long national nightmare that is the Obama administration.

The speech in Evansville was just a glimmer as to the power of Palin’s delivery. Oh, and she didn’t even use a TelePrompter.

Keep your eye on our lady from the north. That girl is going places!