I Salute You Rep. Michelle Bachmann! 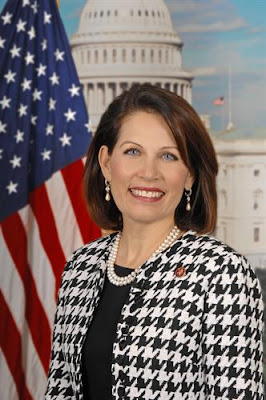 Thank you Rep. Bachmann for putting Timothy “tax cheat” Geithner in his place and for reminding this country that there is in fact a Constitution that we are answerable to:

BACHMANN: What provision in the Constitution could you point to to give authority for the actions that have been taken by the Treasury since March of ’08?

GEITHNER: Oh, well, the — the Congress legislated in the Emergency Economic Stabilization Act a range of very important new authorities.

GEITHNER: Every action that the Treasury and the Fed and the FDIC is — is — has been using authority granted by this body — by this body, the Congress.

BACHMANN: And by — in the Constitution, what could you point to?

GEITHNER: Under the laws of the land, of course.

You will no doubt be made fun of in the days and weeks ahead for daring to refer to the Constitution and to embrace it above Marxism. Keith Olbermann’s head will explode, Chris Matthews will foam at the mouth and the folks over at DailyKos and the Huffington Post will call you names and photo shop pictures of you.

Just remember that the folks who crafted that Constitution in the early days of our nation were scoffed at too.

Just remember that all who stand for liberty, freedom and American exceptionalism will face the wrath of the liberal socialist army of His Royal Highness, the Lord B. Hussein Obama I.

We are currently watching the fire-bombing of the “shining city on a hill” by radicals and communists. Thankfully, according to our beloved Homeland Security Secretary/evil troll Janet Napolitano, we can now call any such acts of terrorism simply “man-made or man-caused disasters.” That sums up the Obama Administration thus far: a man-made disaster.

We need more patriots like Michelle Bachmann to stand up to tyranny and protect the liberty of our country before it is taxed, regulated, confiscated, capped, traded, re-defined, and completely destroyed by the rabid teleprompter-addicted socialist nutcase occupying the Oval Office. Sorry, I know “he didn’t use a teleprompter” last night. It was just a giant television with the scrolling text of his speech and answers to his pre-selected questions, which I understand is a totally different animal.

Anyway, I salute you Rep. Michelle Bachmann for standing up against socialist tyranny and the rabid Obama usurpation of any power in this country that isn’t nailed down.