Gone Fishin': Comin' to the Door of Your Favorite GOP Store (Update) 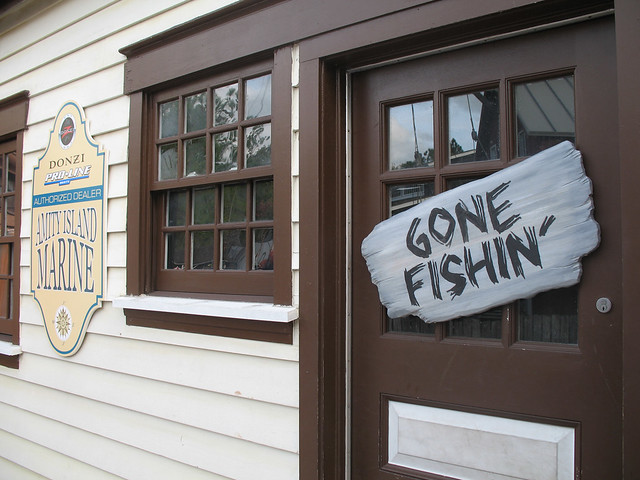 Rule #1: Sell a product that consumers want to buy.
Rule #2: Don’t disrespect your customers.
Rule #3: Adapt to a changing market.
Rule #4 Expand your customer base.
Rule #5: Rebrand to stay current if needed.

The GOP as it exists today risks extinction for violating basic business rules. It’s a flailing business model. And they want our vote to help solve our country’s woes?* Really? It’s amazing to watch the GOP slam the door in the face of their customers, let alone newcomers. Why won’t they listen to their repeat customers? Perhaps because they don’t even know who we are anymore.

Conservatives are the base of the Party and yet the GOP alienates us every chance they get. The barrage is daily now and we’re onto their egregious tactics thanks to RS, Mark Levin, and the many other outlets publishing the truth. A business caters to its customers and tries hard everyday to gain new customers and yet we are being shut out by our favorite political brand. What consumer would continue to patron a store that doesn’t welcome them to come inside?

I believe Rush when he says that the GOP has fallen prey to the Liberal myth that Republicans can only win with Independents. It a rouse. The evidence is clear given the failure of this strategy over several presidential election cycles. This is not the definition of adapt to market changes. Oh contraire. The GOP leadership has made it a priority to toss out the old boss (Conservatives) for the new boss (Independents) and violate the principle of first protect your customer base and then add to it. Wrong move.

The GOP would be wise to adopt to the basic TEA Party platform since that’s the direction of most active Republicans (translated as voters for lawmakers) and that which would get us more customers in the door. Could they at least pick one of the three basic principles and stick to it: fiscal responsibility, constitutionally limited government, or free market economic policies? I guess the choice is so hard for them that they’re paralyzed into picking door number four on Let’s Make a Deal over and over again**.

I’m for strong national defense, a Reagan pillar,  yet Paul and Patty’s budget cuts veterans pensions of all things! In all of the years of trillion dollar deficits, they chose to hurt our heros? Unemployed take precedence over our veterans? Any one of Coburn’s fraud and abuse line items could pay for our military pensions for goodness sakes. I do not call this fiscal responsibility; it’s fiscal dereliction of duty.

Smaller government? Not when the GOP is aligned with the Chamber of Non-Commerce on amnesty. They need to explain how granting millions more people the right to be here lawfully will help rev up our economy since they’re about to extend unemployment insurance for the millions of unemployed citizens- huh!

Note to lawmakers: Those here illegally are already part of the economy stupid; it’s a non-sequitur! Legal or not, you have done nothing to change the reality of their existence and the burden or benefit of them being here…YOU DID THIS, YOU FIX IT IN FAVOR OF AMERICANS!

The GOP also deserves an F for a constitutional limited government and an F- for not seizing on a bipartisian agreed upon abuse of power: the IRS targeting of TEA Party’s. The hearings on this were a very rare Kumbaya moment and you epically failed to capitalize on it to change the trajectory of liberty. That was the time to push for a flat tax (fair by some) when distrust of it was at its highest levels! Instead, you caved knowing it would rule our lives via O’care forever yet you did nothing.

Less than a year ago, I posted this list when the vine was ripe for contrasting yourselves against an omnipresent government with unworldly powers and you did virtually nothing. Shame on you for squandering our faith and trust in you and not convening special investigations.

Congratulations on treating your repeat voters with contempt while giving a pass to the president that is making your equal branch of government irrelevant by scorching the very Constitution you vowed to defend. Hopefully, several of you will need unemployment insurance soon.

It’s obvious that those in government for over four years are simply not capable of limiting the size of government; it does not compute to bite the hand that feeds you.

Surely the GOP still stands for free market principles, since that’s the last leg of our wobbly stool after you the cut the rest of the legs out from under us. Nope. Dodd-Frank, Consumer Financial Protection Bureau, Fed Fest, EPA, DOL and umpteen thousands of regulations that squash economic growth. I know, I know, you’re powerless with just your House and the purse strings.

So if you take the Senate, will you still moan and complain that you only have Congress but not the White House…just asking? If that’s the case, just go fishin’ now. I have no interest in supporting your brand, since apparently it has no viable plan to stay in business, let alone remain relevant. It’s obvious, as a Conservative, I’m not welcome unless I compromise my core values.

What will you, the GOP, do to win back my ardent support? The onus is on you. I’ve been loyal to you since the day I cast my very first ballot for Reagan. I’m proud of my first presidential vote and while I know times have changed, many tenents espoused by Reagan are sorely missing in our Party. I even recommended re-branding yourself from the GOP to the American Party, not even a year ago but was admittedly naïve, since a new brand without a strong underlying foundation won’t change a thing.

Please, organize the biggest surprise party of our lives. Welcome back Conservatives to the Party. Unite against the forces that want to ruin this country (hint: it’s not us Conservatives). We’ll be on your side if you give it your all to squelch them with all you’ve got…even if you don’t win every battle. Don’t underestimate the power of your tried and true repeat customers.

If not, your blatant disregard for our values and votes will bankrupt you and your brand. 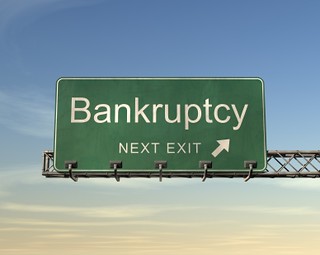 UPDATE: A new Gallop poll concluded that Conservatives are still a majority, 38%, but very slowly trending downward and you’re not helping. But here’s the key to this poll:

In fact, the rise in liberal identification among all Americans is due exclusively to the changes among Democrats. Independents are no more likely now than in the past to describe their political views as liberal. The main change in independents’ views is that they increasingly call themselves conservative. That could be related to recent developments in party identification, with fewer Americans now identifying as Republicans and more as independents. Thus, the change in independents’ ideological preferences may be attributable to former Republicans, who are more likely to be politically conservative, now residing in the independent category.

*I’m starting to comprehend the LIVs, well sort of.
**There is no door #4, evah!
***As in, don’t make me say I told you so, an expression I refrain from at nearly all costs.

Biden Finally Admits There's a Crisis at the Border, But the Reason He Admits It Is Typical Biden
Nick Arama

Welp, Somebody Finally Made a COVID Horror Movie and We've Got the Trailer to Prove It
Mike Miller

What We Know about the FedEx Shooter in Indianapolis...And Now This Tragedy Might Have Been Avoided
Townhall
BOOMAGE! Megyn Kelly has a serious warning for Heads of School determined to shove Critical Race Theory down students' throats
Twitchy
It Looks Like the Bush Family Isn't Done Screwing up the Country
Redstate
You Will Not Believe the INSANE Proposals Austin Is Considering for 'Reimagining' Public Safety
PJ Media