Follow the Org Charts of the If If, There is No There There, and I Don't know Admin (Part I: Benghazi) 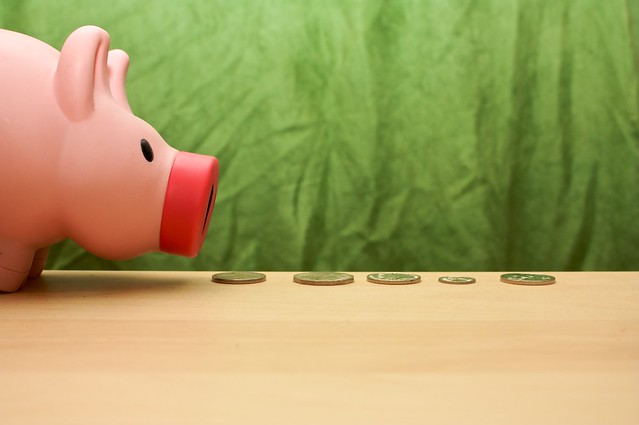 Follow the money is the usual expression of law and order cases and FBI cases of all types like the mafia, big drug busts and of course big con games. But it doesn’t always work that way in government, minus green energy and O’care waivers for union buddies, when all the characters plead innocent or ignorant.

So our best bet is to follow the trail of appointees via org charts that the president tells us in feigned outrage that “we will get to the bottom of this and hold them accountable”; these are some of the most insincere words we’ve heard repeatedly from this president to no avail. Empty words. Empty promises. The deck gets reshuffled over and over again and even the alleged guilty get re-assigned, promoted or quit but still get to keep their golden pensions. What a privileged life those in the federal government lead at the taxpayers expense!

Organizational charts are important in order to understand the structure of who reports to whom and who is ultimately responsible for their subordinates. Clearly this government is out of control since no one seems to be accountable for the actions of themselves or their agency. I’d insert the song, “It’s Wasn’t Me” but it’s too much effort and you get the point. See “Hello GOP? Connect the Dots NOW for a Smaller Government!” and “The “Not Me” Administration” by alanjoelny for more lyrics.

It’s hard to know where to start and end in order to keep this brief (ok, semi-brief) so I’ll focus on one scandal at a time. But I must digress and disclose that the Whitehouse.gov site lists two shocking things that can’t be over-looked:

1. The Administration is listed as the President, then VP Biden and then First Lady Michelle Obama and then Dr. Jill Biden and then the Cabinet.  Whoa, since when was the First or Second Lady part of the Admin? I guess I don’t know my history or I’m ill-informed or maybe my outrage isn’t feigned for good reasons.  See here for yourself….am I wrong?

2. In case the president can’t uphold his duties for whatever reason, they believe the succession of the president is the VP and then the list goes on and on yet it never mentions the Speaker of the House! Here is a partial list again from Whitehouse.gov:

In order of succession to the Presidency:

Onward through the fog. I began making some simple web searches on the who’s who of Benghazi while watching the last hearing a few weeks ago and learned many facts, mostly from the testimony of the de facto Acting Ambassador Hicks (this was not a planned acting position but was of course assumed due to the death of Ambassador Stevens).

What I found was astonishing in that many of the in-charge personnel are no longer there, as in no longer employed by the State Dept., obviously so that they can’t be questioned in my opinion. My source is the U.S. State Department’s own website! It’s helpful to see the org chart before reading more and note that one can also search on Bios and Leadership to follow the money. The org chart is stamped “Approved May 2012” which is ironic that it hasn’t been updated for a year given we have the new SoS Kerry.

There are six Under Secretaries that report directly to the Secretory of State (Hillary at the time of course). One position is listed as acting and two of the positions are currently listed as vacant:

Deputy Secretary of State for Management and Resources: Vacant

Under Secretary for Civilian Security, Democracy, and Human Rights: Vacant

We can still see who the former people assigned to those postions:

What a cowinky-dink! It’s the same Jack Lew that was the president’s former Chief of Staff and now the Secretary of Treasury. What an incestuous family they have in this admin. You’ll love the Bio on him as Hillary’s “alter ego” so please let us not think Hillary is any different or separated from the Obama doctrine, whatever it may be:

Mr. Jack Lew is Deputy Secretary of State for Management and Resources, serving as Chief Operating Officer of the Department and as alter ego to Secretary Clinton. Appointed by President Obama, he was confirmed by the U.S. Senate on January 28, 2009 and sworn in by Secretary Clinton the next day.

On to the money. What’s interesting is that the Under Secretary for Civilian Security, Democracy, and Human Rights position is vacant and just as the heat was on from Congress. “Maria Otero was sworn in as Under Secretary of State on August 10, 2009. Her tenure ended on February 4, 2013.” I’d never heard this name and don’t believe Congress has invited or supeoned her to testify.

-Bureau of Counterterrorism (CT). Counterterrorism is a division of this Secretary and it includes the FEST team (Foreign Emergency Support Team) that whistle-blower Mark I. Thompson testified about during the last hearing that he recommended sending the aid team into Benghazi. The position is vacant and it’s leader is you guessed it, Acting.

FEST- We still don’t know exactly who nixed sending the FEST team. The current State website still lists FEST but doesn’t include examples of when it was deployed for other embassy attacks. However, the archived page does and it gives great examples in detail of it’s usage and capabilities (Here is an archived* webpage that describes the responsibilities of the FEST Team):

-Mark I. Thompson, who testified alongside Hicks, is now the Acting Deputy Assistant Secretary for Counterterrorism. According to his government bio,

It’s clear that many of the State Dept.’s senior staff either left or were asked to leave quietly, shortly after four Americans were murdered. We the People and Congress should ask why the critical position of  CT Coordinator as well as it’s boss, Under Secretary for Civilian Security, Democracy, and Human Rights, were vacated shortly after the 9/11/12 attack of our Consulate and Annex and murder of four brave Americans. Let alone who, what and why were 30 CIA people were at the Annex in the first place which may be the root cause of the cover-up…a different post.

Why do we repeatedly hear from Congressional Chairmen and Committee members asking, “who else was involved or who do you report to?” They should have an org chart with names of all governmental organizations and shame on them if they don’t already possess that in order to hold meaningful hearings.  Do they need to pass a law that an agency org chart must be updated on-line when any changes are made. No trees need be sacrificed!

So while we follow the org charts for clues to the real skinny on the scandals, one must ask: Why are actors running our country? And why doesn’t this president campaign for his senior positions as hard as he does for say gun-control or college loans?

Is it easier to say, “I just found out on TV last week” or “I don’t know” if a slot is vacant or if it’s an actor in charge? I hope a reporter will ask him these questions since the president is a firm believer in a big benevolent government yet leaves slots unfilled (not that I mind in most cases since it saves us $$$) but is it intentional and then for what reason?

More to come on all the empty chairs in his Cabinet….or maybe more actors.