How she Blew it—What Wendy Davis SHOULD Have Done, but Didn't

What not to do if you want to survive and thrive as a politician in Texas. 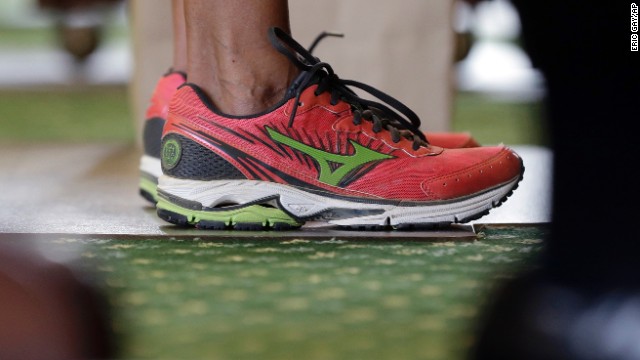 Something national Democrats and Pro Choicers—and most of the press—fail to grasp about Wendy Davis, her filibuster, and the national swoon over her, is that Wendy Davis went off the rails in Texas. Pro choice forces there and nationally—at least temporarily—have wrecked Democrats’ hopes of turning Red State Texas into something more purple.

They should have taken another path. They should have been more aware, both of the limits of their own political world view, and the perspectives of the majority of Texas voters.

But they weren’t aware. They were reckless (much like union-driven Democrats in Wisconsin). They reacted in the aftermath of fawning press coverage without disciplining their message. And now they are going to suffer the political consequences.

I’m not concern trolling, like Chuck Schumer lecturing Republicans on how their future is wrecked if they don’t sign on to his Senate immigration reform bill.

My thesis is actually one I’ve been thinking about for a while: The best way to “get things done” politically is to defer where we differ and work on solutions we can—without compromising our principles—actually agree on.

This is what the Democrats in Texas didn’t do.

The starting point for this particular post is in the picture accompanying a post I wrote yesterday.

The ladies in that picture clearly don’t grasp the very real concerns embedded in the icon of the coat hanger. The wire coat hanger.

Those concerns were conveyed by that image years before I was even aware that an abortion controversy was raging in this country.

I was in college when Roe v Wade came down. Up until that day I was ardently pro choice. For some reason I still cannot explain, on that very day buried misgivings came to the forefront of my thinking. I can remember asking, “What have we done?”

Although I didn’t put it in these words, even to myself, it was like “Maybe we should’ve left the genie in that bottle.”

There was absolutely no analysis in my thinking at all. Just an intense foreboding.

I don’t remember what all the arguments were that preceded that pro choice ruling, either in the Court or in social discussion.

But I do remember two. These two carried the day for me—at least until January 22, 1973.

The first was a made for TV movie (they were popular in those pre-cable days) starring Tony Dow, of Leave it to Beaver fame. He played a teenager whose girlfriend got pregnant. I cannot remember a single element of the plot. I just remember thinking, “Boy, these kids need a break. Their lives are ruined, we get off their back and let them solve this through abortion.”

The second argument was simply something we kept hearing and reading, over and over: Back alley abortions. Women dying through amateur or inept care. Wire coat hangers…

This is where I think Wendy Davis and her national pro choice cohort went off those rails:

Pro Choicers say they want the best care for women seeking abortions. They don’t want a return to back alleys, poisoning, self-treatment, desperate and dangerous measures.

And yet they ignore the lessons of Gosnell. They ignore the horror that his clinic was. The lack of oversight that made such tragedy almost inevitable.

Everywhere a state attempts to regulate the conditions at abortion clinics, their efforts are thwarted by pro choice activists and politicians who are more afraid of slippery slopes (or camels’ noses—I get really confused here) than they are the actual health and safety of mothers who place their lives in the hands of abortion practitioners.

It wasn’t just the banning of late term abortions Wendy Davis was fighting. It was the requirement that abortion providers meet the same standards of training, equipping, facilities, and care as conventional ambulatory surgery centers.

The pro choice trolls I encountered on Twitter were definitely of these species. The male trolls repeated the same What Right Do Men Have To Control The Bodies Of Women mantra over and over again.

@ChasFlemming @GovernorPerry @DavidAFrench @WendyDavisTexas It was her choice. HER. CHOICE. Not yours or Perry’s. Butt out of her uterus.

The women did the same with the Basic Women’s Health Needs talking point (as if not being able to abort your baby after 20 weeks kept you from getting pap smears or mammograms as well).

And yet we have Gosnell. And Dr. Douglas Karpen. And Leroy Carhart. Terrie Hubbard. Who knows how many more.

Wendy Davis should have embraced abortion clinic regulation reform. She could have made a point about supporting those reforms, but maybe oppose the late term cut off. Insist these issues be decided separately (as some immigration hawks insist that enforcement be dealt with first and alone, before any other reforms).

Instead, she embraced what most Americans, and definitely most Texans, regard as an extreme position in the abortion wars.

Yes, she motivated her base. Yes, she transformed herself into a national sensation. However, on the day she staged her filibuster, Wendy Davis’s problem wasn’t that her base was asleep. It was that her base was too small. Especially if any definition of that base included the phrase “fierce advocate of abortion rights.”

If that definition also includes the word “Hispanic,” then Wendy Davis and Texas Democrats are in a world of hurt. Because the majority of those people are most definitely NOT ardently pro choice.

And if that base also includes the group of “people who care that women getting abortions survive even if their babies don’t…,” then that base is shredded beyond immediate repair.

Davis and her fellow Democrats have a second, larger problem: She woke up the other guy’s base. And that base ISN’T miniscule, not by any stretch of the imagination. Not in Texas. In one stroke—amplified by her many champions on Twitter—Wendy Davis united the disparate libertarian and social conservative wings of the Republican Party. Not likely to be any stay-at-home right wing voters this election cycle. The stakes are too high, and previously moribund emotion-driven commitment has been fanned into new life.

The result? Texas is less purple today than it was before Wendy Davis stood up in her pink sneakers. And it’s liable to remain that way for a while.

Cross-posted to Thinking Out Loud