Donald Trump in 2016 had a clear short history as a conservative.  He floated his sister as a potential Supreme Court Justice to the immediate outcry of much of his base.  He had very shallow knowledge of, well anything on the right side of the aisle.  Yet as a President he has been a more effective conservative than any President since WW2 (at least).  He has nominated conservative jurists, has eased regulation, and has decided that as a nation we will secure our borders and not allow ourselves to be taken advantage of by every single one of our trading partners.  The reality is that he is likely to continue to work to advance the conservative agenda.  And yet, I still don’t believe the man is a conservative.

When Babe Ruth was on the Red Sox he played his very best, and when he was sold to the Yankees he played his very best.  In sports you always play your very best and try to get wins for your team.  Is it because you believe the values supported by your team are better than those supported by the other team?  No, its because you want to win and have a team you play with.  If you transfer your old teammates do not expect you to undermine your new team, they expect you to do your very best and still try to beat you.

So when it comes to something like Tariffs Trump is not serving the Republican base, he is serving the Trumpian base.  Since the 1970’s the US GDP has grown quite a bit, but the average wage has been stagnant.  Not attacking the rich as evil, but just pointing out that providing lower cost goods and services by sending jobs overseas has disproportionately favored the investor class.  If tariffs make GDP stagnate but increase wages Trump has served his base.  Notice that the current economic cycle is headed this direction.  Jobs are massively up, in fact so much that companies are struggling to recruit.  This is going to push wages up probably faster than GDP.

You can insert all the economic arguments you want, but the Trump voter will go to the polls thinking “last year I made $50,000, this year I’m making $53,000.  Trump did good.”  This also hits on Trump’s demand for loyalty.  I really don’t think his demand is for loyalty to him personally, but to the team.  Think about how much he put up with from Scott Pruitt.  The reality is that Scott brought a ton of negative press, but was kept around for longer than other Presidents would have allowed precisely because Scott moved the team forward.

I think that at this point it is about time for the NeverTrump group to welcome Trump to the team.  He has proved himself as a team player, even if he is not a conservative. 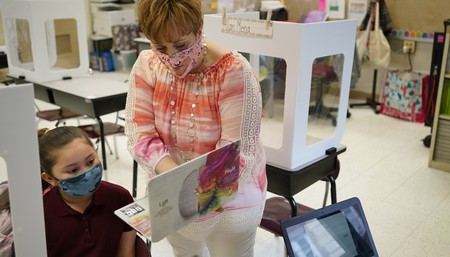 Of Little White Lies and White Guilt. My Conversation With a Teacher
Jim Thompson

CNN Just Admitted Something Very 'Concerning' About How Economic Reporting Is Being Shaped
Townhall
AOC defends her prog pal Rep. Jamaal Bowman by reminding everyone that the Jews have made his job a lot more difficult
Twitchy
Jussie Smollett's Testimony About Don Lemon Shows What a Dumpster Fire CNN Is
Redstate
The Morning Briefing: Democrats' Unhinged Trump Hatred Isn't Really Working Out Well for Them
PJ Media