The Liberal Cause to cause Dissension, but they called the Tea Party Racist 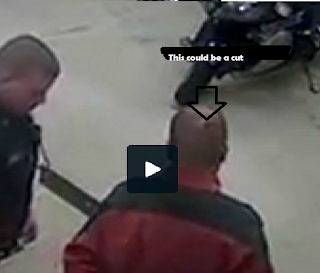 You can see this whole video here. I would have posted it, but the player was to large and making it smaller affected the quality.

This case has taken over the coverage of this year’s presidential election, and the Controversy still rages over the shooting of Florida shooter Trayvon Martin by a local Neighborhood Watch volunteer George Zimmerman.Over the last week, I have written extensively about this situation, and frankly, I am tired of it, but things keep dragging me into covering it.

Every time I have decided to take on this very touchy subject it has be because pettifoggery perpetrated by MSM outlets in their quest to [prematurely] convict a man before the facts were even released.

Yesterday I pointed to the fact that NBC was caught selectively editing the 911 call George Zimmerman made before he shot and killed Trayvon Martin.I also postedvideos of CNN’s Piers Morgan taking down MSNBC’s Toure when he got all bent out of shape that Robert Zimmerman was allowed to tell his brothers side of the story.

The continuous moment in that interview, as well as the one that Piers did that night before with Mr. Zimmerman’s brother revolved around the just released grainy police video that was not clear enough to show whether Zimmerman had any injuries at all.

After days of listening to various members of the media claim that Zimmerman clearly did not have any injuries, we find that they could not really tell this because of the video quality. The above video clearly shows that it is possible that he did have the cut in the back of his head, but now they are fixating on whether or not he had a bloody nose, because of the claim he had a broken nose as a result of Trayvon Martin punching him.

I decided to pull a few of things off the internet to take a closer look at the way the liberals, and other agitators have been going about reporting this story, and this includesthose who have decided to make this a case of race.

In the video below you can see those on MSNBC have decided that they must have some more information than everyone else, because somehow this is now Limbaugh fault.

I would like to add, what in the world happen to Joe Scarborough? Wasn’t he at one point a conservative? Not that this is a conservative/liberal issue, well it was not until the progressives decided it needed to be. I would say that maybe it is a bad idea to spend each and every day surrounded by liberals, it really can do something to your brain. I know some liberals, and they are not so bad, but if Joe is the exception to the rule, then it is not unhealthy to work with them. However, if spending countless hours at MSNBC does something to your ability to use critical thinking skills, it is probably best to just stay away.

If you are not comfortable with the police, and believe that they are not doing their job, why not just call for retaliation like the oh so peaceful Louis Farrakhan, just what the situation needed, another hate monger pouring gas onto the already rising flame. Why is it again that the media loves to portray the Tea Party as racist, hateful white people again. It seems to me that the Tea Party was a post racial, nonviolent rally against an overbearing government growing stronger. The kind of government that would say they know what is best for you, when they cannot even figure out what is best for them.

It is nice that he apologized to the family, but that does not excuse the coward for his original “my bad.” Here we have a celebrity that was not willing to go to the address himself, so he sends the address through his social media account. Was he thinking, “I have to have at least one psychotic fan out there that will do something to this guy” but apparently he had more than one, because the family was receiving death threats from multiple people.

Thanks Spike, way to do the right thing. 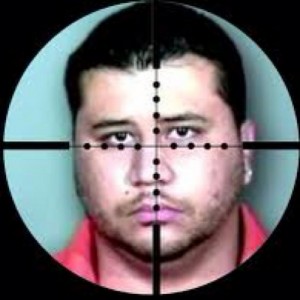 I understand this is probably becoming redundant, but is anyone else tired of agitators such as Jesse Jackson and Al Sharpton (who is known for this very thing, think Tawana Brawley and the Duke Lacrosse kids) who would rather incite hate against other races than call for calm, and with hope of holding a nation together when challenged by situations like this.

The justice system is not perfect, but through the years, we have gotten better. There is reason to allow the system to work before we pass judgment on those who work for the American citizens trying to protect us.  We owe these men and woman a certain extent of patients before we call for them to resign.

To date, there is no evidence that race was a crucial factor in the tragic death of Trayvon Martin. That is not the kind of charge people should throw around lightly. When racism does happen, we want people to take it serious. If racism is cried, every time a situation happens between two people of two different races, then people will start to lose a coherent idea of when it is true, and when it is being used as a crutch.

To this date, we do not know what happened. Wait, members of the press, before you find someone guilty of hate crimes, because the consequences often go beyond your story, your politics, and even you fame. That means you Sharpton, because you are now part of the media. Not sure why MSNBC thought that was a good idea, but it is clearly not. The man sells fear, but that may just be what the progressives have ordered.

Joe Manchin Is the Grim Reaper for Most of the Left's Agenda Items...And He Just Killed Another One
Townhall
Ana Navarro '[suspects] every Black woman and Latina' knows what she means when she says that Kyrsten Sinema's denim vest is racist
Twitchy
Ilhan Omar, Eric Swalwell Pick Nasty Fight With Ted Cruz, but Cruz Finishes It - and Them
Redstate
Braves Fans Rejoice as MLB Backpedals
PJ Media