For Trayvon Martin, we need more Civility, Until Facts are known

It is probably prudent to start this post by saying that the killing of Trayvon Martin is a tragedy, despite the outcome of the investigation.  This would be the case if Martin attack Zimmerman, and it would be the case if Zimmerman were to blame.  The simple fact that a young man can find himself at the end of a barrel of a gun on the way home from the convenience store alone is a tragedy.   What is not known about this tragedy is why the media and so many others have acted in poor taste since the story has broken nationally.  Of course, the whole thing has now turned political, which is the absolute worse thing that could happen if justice is to prevail here.

I told myself when the Trayvon Martin tragedy first broke; I would not join the bumptious reporters, commentators, and progressive agitators in their premature conviction of a man that may or may not have been defending
himself when he shot and killed a young man in Florida. Except for maybe the police, for all anyone really knows at
this point Zimmerman could have been trying to fill what he felt was his neighborhood’s need of a paladin.  Equally, Zimmerman could have been a man on a mission to crush the local teenage troublemakers, only to see the kid fight back forcing him to discharge the firearm he was carrying.
That is just it; we do not know for sure what happen that fateful night in Florida. 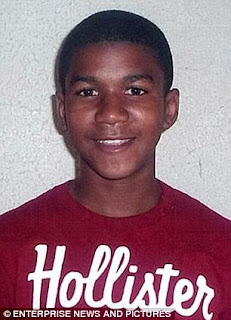 Here are some things that are being said, but cannot be confirmed:
There are conflicting reports on whose voice is heard on the 911 tape calling for help.  Martin’s mother has claimed it is her son.

Joe Oliver, one of the friends of Zimmerman, has also claimed the voice belongs to the Zimmerman.

Sanford City Commissioner, Patty Mahany, who represents the Sanford community thinks people are jumping to conclusions, and that that the police are confident that the voice in not Martin’s.

Mary Cutcher , who is reported to be a witness to the events that happen after she heard the shots has said that Zimmerman had “his hands pressed on his ‘Martin’s’ back” and “never turned him over or tried to help him.”  Mr.Oliver said Zimmerman was in shambles after the fatal shooting of the young Martin.

Zimmerman’s lawyer, Craig Sonner has said that the story is not being told, and it will be painted by the evidence available. He said that he will not try the case in front of the public, and that there is more evidence that has not be released, but will see the light of day when the case comes forward on April 10. 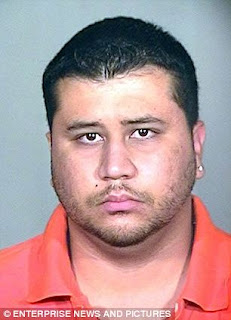 These are the only private citizens involved in any way that have come out publicly to give statements to the media: but the police have released statements as to why they have not arrested Zimmerman.

What is being said is that a witness, who is now known as John, has told Sanford police that he saw Martin on top of George Zimmerman shortly before the fatal shot.  This witness that has told FOX 35 in Orlando that he had seen evidence of a fight between Martin and Zimmerman, which may point to self-defense.

What is now being reported is the witness has said he looked out his window to and witnessed the guy on top beating up the guy with a red sweater on, and the guy on the bottom was screaming “help, help” to the witness, and
then the witnessed is reported to have warned the guy on top to “stop” and he was calling 911.
Zimmerman is reported to have worn a red sweater that night.  The witness said before he was able to go upstairs and look outside again, Martin was no longer on top of Zimmerman, and was lying on the ground.  This contradicts the report Cutcher has now given when she claims Zimmerman held Martin on his stomach until he died.
Mr. Sonner has said that Zimmerman experienced a broken nose, and had an injury to the back of his skull, because of Martins attack.
The Fall Out is just Starting to Unfold.

After hearing the things that have been reported, I am not sure how anybody can conclude that this is a clear-cut case of a hate crime.  That is exactly what is happening, with the scantest of evidence either way.

All the race agitators have come out in force to try to push the narrative of a race under attack, which is not healthy for the nation as a whole.
Let us start with the worst of the whole group.
The New Black Panther’s Leader Mikhai Muhammad has said, placed a $10,000 bounty on Zimmerman’s head in the hope to capture him.  He also called for 5,000 new recruits to help capture Zimmerman, nothing like a tragedy to swell the ranks in the racist groups.  President Obama should be castigating this group, for what amounts to calls for vigilantism: and an ill timed recruitment drive.
You expect to have a hate group such as this involved in calls of disorder, but Rev. Al Sharpton should now understand the value of waiting until more facts are released in an inextricable situation like this before calling for “wave of civil disobedience.”
The Rev. Jesse Jackson is vowing that “’If it’s a moment, we go home.  If it’s a movement, we go to war… there is power in the blood of the innocent…” and claiming that blacks are under attack. Surely, Jackson understands how to identify a convoluted situation, and why calling this an attack on “blacks” and saying that the movement is geared to “go to war” is tantamount to agitating. 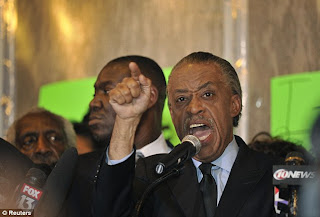 The words that these leaders are using can have harsh real world affects.  There is no reason to turn this into an uprising.  I am not claiming this is their goal, only the result of these words should be weighted in a way that proposes peace.  There is nothing wrong with wanting to see the situation investigated, but to stand in front of thousands of people and declare
a war is going on is reckless at best.  The country needs leaders when situations like this happen and not one of these men seem to be trying to fit that bill.

What we need in this case are facts, and until they come out, those calling for the violent kidnapping of Zimmerman are usurping the laws we have established in this country.
Since when is it right to convict a man with scant evidence that would not even hold up in the court of law.

This case is invoking pathos in all of us; no one wants to see a young man Martin’s age lose his life.  Many things could be look at to try to prevent another situation like this, such as why is crime so bad that citizens feel they have to carry guns. Until we know what happen, it is hard to know what to do.
When tragedy happens, everyone should commiserate with the families involved.  Nothing that happens is going to alleviate the pain for Martins mother and everyone else involved.  The best thing as a nation we can do is to demand justice, but not a preconceived justice.

This is why we have the justice system in this country, so we can try to find out what happened when there is such a situation.  If it is clear that Zimmerman was acting out of place, he will likely be judged by a jury of his peers: until the case becomes clearer, it does no one any good to project hatred into an already volatile situation. The sad thing is, that is what we are seeing .