Support Freedom, by signing the petition to stop the IRS from Silencing the Tea Party

By center77 | 10:29 PM on March 05, 2012
Share Tweet
Share
Tweet
The Obama administration’s IRS is partaking in obvious politically motivated investigations of Tea Party groups around the nation.
The ACLJ states, “Such bullying tactics – designed to silence these organizations during this critical year – violates these citizens First Amendment rights.” 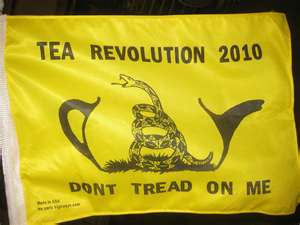 Jay Sekulow, Chief Counsel for the ACLJ, is leading thelegal team who will be representing some of the largest Tea Party organizations in America, and you can help him by signing the petition here.
The petition will go to the Speaker of the House (John Boehner), as well as Congressional oversight officials, and will call on Congress to provide IRS oversight.
The Obama administration is plainly using the IRS to wage a war against opposition voices like the Tea Party.
Here is a copy of a letter sent to the Ohio Liberty Council Corp.
Here are a few example questions the IRS demanded; and it is not the complete list either.

A narrative description of every activity of the organization had since June 30, 2010 filing date.

The IRS also apparently needs information about the members of the group, and their roles.

As The Blaze reported, the cover letter that was sent to the OLC by the Feds states that once they are in possession of this information from the group, then they will add all the information will be posted on the internet.
“Anyone who is part of a non-profit or even has attended a gathering held by a non-profit will have their information posted on the internet by the government. It makes you wonder if the same information will be asked of other non-profits?”  Mike Opelka
This is not constitutional, and it is an fanatical use of
power by the Obama administration.  I hope you will join me in signing the petition and sending a message to the Obama administration.
Share
Tweet
Tags: IRS PRESIDENT OBAMA
Trending on Redstate Video
Trending