Iran is doing all kinds of things that should anger every freedom loving American. We already know they are planning to build a nuclear weapon, which at the very least could give them the power to intimidate, and worst case scenario they will attack Israel attempting to drive them into the sea.

Weapons of mass destruction are not the only thing to be upset about when it comes to Iran.

Iranian authorities have unlawfully incarcerated and sentenced Pastor Youcef Nadarkhani to be murdered for the unbelievable crime of {sic} becoming a Christian. 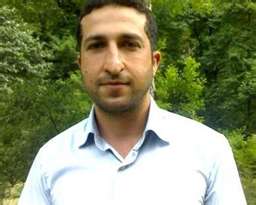 I understand that according to liberals, conservatives are just wrong about Iran.  Rachel Maddows once said that since “Ron Paul is the only Republican presidential candidate who dissents from that view, who doesn’t say, ‘Let’s start another war.’”

Yep, the same person who once said this “We never talk that way about the Russians, the only reason they want nuclear weapons is because we’re making them do it.  It’s our fault!  If you were in Iran and you had to face these evil Americans, you’d want to bomb too!” is considered the sensible one by the left.

What is wrong with this picture?  Should the United States and the world for that matter be sitting on its tail when things like this happen?   Well at least the ACLJ has is doing something.

“The ACLJ has launched a global effort to save the life of Pastor Youcef, working in this country and abroad to secure his freedom.  Now, efforts are at a critical stage.  A resolution has been introduced in Congress condemning Iran for violating human and religious rights and calling on Iran to release Pastor Youcef immediately.”

Iranian Christian Pastor Youcef Nadarkhani has been charged, convicted and now sentenced to death for becoming a Christian. The Iranian officials demanded that he recant his faith or die.  To that he responded,“I cannot.” They have illegally imprisoned him, and separated from his wife and two boys since 2009.

It is time to turn up the heat and insist that Iran not do this.

Rep. Joe Pitts has introduced a resolution demanding the immediate release of Pastor Youcef.  You can sign this petition to add your name to the list of people putting congress on notice that this is executable.

Despite all the empirical data that says otherwise, Ron Paul thinks this is our fault, that Iran is harmless unless provoked.  I hope you are commonsensical, and will take the time to do what you can, which is use you power as a voter.