Tyranny cannot tolerate opposition or escape. The Iron Curtain was the symbol of Soviet oppression of Eastern Europe. Children and young adults today cannot comprehend what it was like to live in such a world. Even the countries involved were labeled. Today no one speaks of Eastern Europe. Rather the world now speaks of Poland, the Czech Republic, Slovakia, Bulgaria, etc. No longer are these free countries lumped together under a label of “the oppressed”.

Even in the Free West, the Cold War and Soviet oppression was a dank blanket over the world. Its existence, though dismissed and minimized by many, including some in Congress today, was a blight upon the world. Millions were prisoners of that system, and millions died because of that system. Socialist/Communist oppression killed over 100 million in the 20th Century alone.

The greatest symbol of that oppression was the Berlin Wall. Erected in 1961 to stop East Germans from fleei 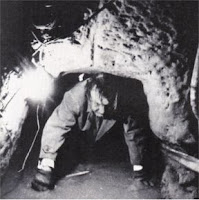 ng the country, it split towns, villages, and families. Ostensibly a wall to imprison West Berlin and separate it from East Germany, the effect was to accentuate th 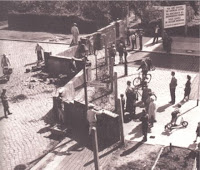 e freedom of the West and the imprisonment of communist occupied countries. The attempts to cross the Wall showed all of us that freedom is priceless. Every success was a cause for rejoicing as if someone was back from the dead.

Fine words were spoken in support of the West Berliners. The evil was confronted at the border. Kennedy, after the Cuban Missile Crisis, went to West Berlin after the building of the Wall that split families asunder, apparently forever.

The Cold War was a constant. The Wall was its symbol. However, no Western country actually confronted the Soviet Union directly over the monstrosity of the Wall. No American president was actually willing to challenge the Soviet Union oligarchy about the morality of the Iron Curtain on fear of escalation.

His speech electrified the world. Lovers of freedom applauded while useful idiots disparaged him. His challenge illuminated the fact that it was the responsibility of the occupying power to destroy the Wall; that the only way for peaceful coexistence to continue was for the Soviet system of oppression to end. This speech was the first step that led to the fall of the Wall two years later. Confronted with an increasing exodus of East Germans fleeing to the West via Hungary and Czechoslovakia, political concessions were granted, allowing freer travel between the countries. Freedom cannot be constrained once fetters are loosened.

Reports: Taliban Decapitating Children and Hunting Down US Collaborators
Townhall
Family of Houston high school student seen pummeled in viral video wants to press charges
Twitchy
Ted Cruz Has a Question on the Droning of an Afghan Aid Worker That Must Be Answered
Redstate
Contradictions Gone Viral
PJ Media