One Gallon – the Achilles' Heel of Electric Cars

The Chevy Volt’s batteries hold the same amount of energy as one gallon of gasoline—one single gallon.

Would you buy a car that held only one gallon of gasoline? Neither would I. Yet, we’ve invested billions of dollars developing and promoting a car with an “electric gas tank” (the batteries) that only holds one gallon’s worth of energy.

I’ve heard that new super batteries are just around the corner. All we have to do is invest enough money and they’ll appear. Just like computers (in the 1950’s they were the size of rooms, today they can be held in the palm of your hand), battery development is whizzing along at a blurring pace. Unfortunately, that isn’t true. The development pace of batteries is nothing like that of computers.

A better analogy for battery development is radio. In the 1950’s most people listened to music on AM radio. In the 1970’s, FM radio became the standard for listening to music. Digital radio was introduced in the 2000’s. Each of these was a step up in quality, but they weren’t such a huge step that they made the old standards obsolete. 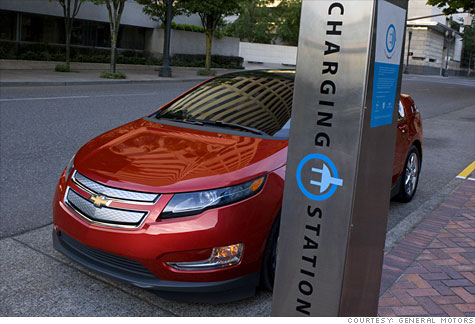 The Chevy Volt battery pack weighs 435 pounds. That’s what’s required to store the energy found in one gallon of gasoline. If you wanted to create a Volt that had a “five gallon” energy tank, it would require at least 2,175 pounds of batteries—literally over a ton. Even if batteries suddenly became dirt cheap, the weight alone makes creating a car that holds more than a couple of gallons of energy unfeasible.

When Consumer Reports tested the Volt, they managed to get 28 miles on a full battery charge; which sounds about right for one gasoline gallon’s worth of energy.  The desingers at GM knew that also. That’s why then ended up putting an internal combustion engine in the car to burn gasoline to produce electricity to power the electric motors. The Volt was meant to be an all electric car, it was sold to the public and the government as an all electric car, so why did they include an internal combustion engine? Because, the best battery pack they could come up could only hold the energy equivalent of one gallon of gasoline. 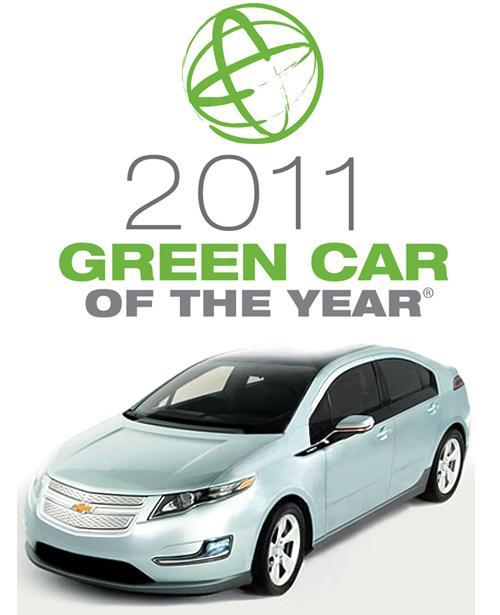 When Poplular Mechanics tested the Volt, they found that even with the battery assist the Volt only got 32 mpg in the city, and 39 mpg on the highway.  This is not an improvement over conventional cars (in fact, it’s less than some conventional cars get). The truth is, when it comes to miles per gallon, the Volt is not as “green” as many conventional vehicles. And, the reason is the Volt has to carry 435 pounds of weight (the battery pack)–a battery pack that becomes dead weight after it expends its one gallon’s worth of energy. The battery pack made the car less green.

The Nissan Leaf did a little better. Consumer Reports got 68 miles out of a full charge (about two gallons worth of energy). Nissan didn’t use more advanced technology than the Volt. The Leaf has a larger battery than the Volt (660 lbs. Vs 435 lbs.) and the non-battery part of the car weighs less (2,694 lbs. Vs 3,346 lbs.). Nissan just put more batteries in the car, and made the rest of the car lighter.

This might still be workable, if you could refill the “electric gas tank” in just a few minutes. Unfortunately, it takes at least 8 hours to fully recharge the batteries in the all electric Leaf. A drive from Atlanta to Birmingham (about 150 miles) takes about three hours (I drive slow and like to make a couple of stops along the way). If I tried to make that trip in the Nissan Leaf, it would take at least 20 hours, because I would have to make two 8-hour stops to recharge the battery.

So, why isn’t just adding more batteries and making the car lighter a solution? Look at the Tesla Roadster. It gets 211 miles on a full battery charge (that’s what Tesla claimed in a lawsuit against the show Top Gear—who said they only got 55 miles per charge—so we’ll go with that over the 250 plus miles Tesla claims in their advertising). 211 miles is still a great range, but how did they achieve it? They increased the battery pack to 992 pounds (557 pounds more than the Volt) and decreased the non-battery weight to 1,731 pounds (2,053 pounds less than the Volt). The Tesla Roadster is a small, small car. I’m sure it’s fun as a sports car, but if ask it to do any of the mundane tasks in life (carry a family, or bring home a load groceries) it’s not anywhere near to being up to the task.

The Chevy Volt was sold as an electric vehicle.  The early advertising for the car (including while GM was asking for money in the bailout) was all about the Volt being an electric car. GM put every engineering brain cell it had behind the Volt. There is no doubt the Chevy Volt is state of the art, best in class as far as electric vehicles go–and it has a gasoline engine as a crutch. It must have that crutch, because the batteries in the Volt only hold the energy equivalent of one gallon of gasoline—one single gallon.

Would we be calling a regular  car with a gas tank that only held one gallon of gasoline “the car America had to build?” Would we have spent billions of dollars developing that car? Would we be offering $7,500 tax credits to encourage consumers to purchase that car?

Yet, that is what we’ve done with the Chevy Volt. We’ve put all our money and efforts behind a car with an “electric gas tank” that holds the energy equivalent of one gallon of gasoline. The Chevy Volt, or any other electric car, will not be the answer to our energy problems until we can equip a car with a battery pack that can hold the same energy equivalent as the gas tanks in current cars. Given the history of battery development (tripling capacity every 40 years), that will be somewhere between 120 and 160 years from now.

Buying an electric car today is the same as buying a regular car that only holds one gallon of gasoline. Building one is, well…I’ll let you answer that one yourself.