What Happened to the Super Bowl?! 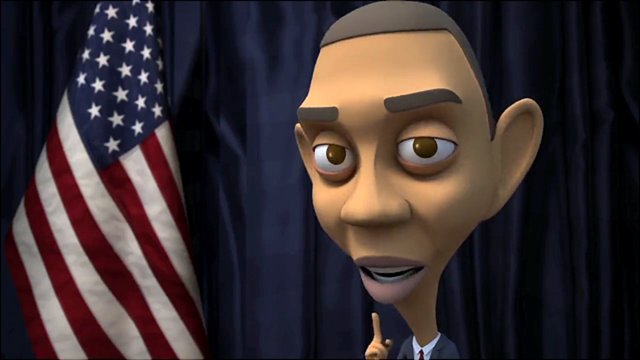 Just when you were getting ready to enjoy a great game of football, President Obama had to go and ruin it all. Yes, he did the unthinkable. He chose a team. Nothing is sacred anymore!

Shameless opportunism comes in many forms, but nothing says “campaign 2012 starts today” like the seemingly benign phrase, “I’ve got some love for the Steelers.” Did he really think he could get away with such a blatant infusion of partisan politics into an otherwise innocent sport?

As you know, congressional Republicans are contractually obligated to oppose his Sunday pick, and presidential hopefuls are now scrambling to address his pigskin talking points.

Just like that the Super Bowl became all about politics.

Words do matter. While it is impossible to undo what has been said, hopefully you can utilize the healing power of buffalo wings and nachos to squeeze out some enjoyment from one of the most fiercely competitive and previously apolitical days of the year.

May the best candidate win!

Justice Kavanaugh Just Boiled the Abortion Debate Down to Its Most Fundamental Core
Townhall
Jussie Smollett's trial might not be going his way as evidenced by reporter's thread
Twitchy
Like Rats From a Sinking Ship: Another Top Dem Announces Retirement Before '22
Redstate
40 Years Ago, Monty Python Predicted (and Mocked) Wokeness
PJ Media