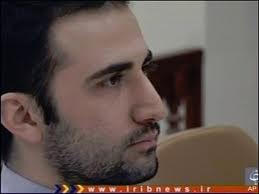 A young Iranian-American citizen, who also served as a U.S soldier in Afghanistan, was sentenced to death by the regime in Tehran on monday. His family, back in the U.S, are believed to be in total shock and disbelief after receiving the terrifying news in which analysts blame on the deteriorating state of  Iran – U.S relations.

The 28 year old, Amir Mirzaei Hekmati, is being accused of spying for the C.I.A but it is more likely that Iran is using his death conviction as bargaining leverage against the West’s struggle in forcing Iran to halt its nuclear advancement.

As always, Iran has not produced an inch of evidence against its latest American hostage, Mr. Hekmati since his arrest in August of 2011. His family, back home swears he’s not a spy and claimed he only traveled to Iran to visit his grandparents.

The regime claims Hakmati has admitted to being a CIA spy, but we all know by now the regime’s history of coercing confession through threat and torture.

The ever-tightening Western sanctions are now taking aim at Iran’s ability to sale oil, which count for 80% of Iran revenue, thus causing the regime to react erratically, as its economic continues to spiral out of control.

The threat of shutting the strait of Hormuz and the announcement by the regime that it has started enriching uranium at a heavily fortified underground facility, are probably just the beginning of what we should expect from the despotic Iranian dictatorial regime. The radical-minded regime is clearly feeling the heat of the sanctions and is behaving like a cornered dirty rat who’s threatening to go wild if its opponent continues to increase the pressure.

The U.S administration should make it clear to Iran that anyone who dares disturb the strait’s traffic would quickly be dealt with an iron fist. According to most analyst, the U.S navy could make Iran pay a heavy price if it were to act on its foolish threat  by completely wiping out Iran small navy and bombing all military ports on its coast..

If Iran is crazy enough to go ahead and try to shut down the strait, the U.S should go much further then erasing their navy, but should also consider erasing the regime leaders by bombing their addresses….Let’s send them on their way to Alluh!