This is what I’d originally planned for the second half there, but both were too long. I wanted to talk about how not everything related to a Kennedy is a disaster, since it was Eunice Kennedy Shriver who started Special Olympics in the 1960s. She was a college athlete while her sister Rosemary had an intellectual disability. The seed for Special Olympics grew out of that.

I’ve mentioned before that I’m a member of the Knights of Columbus, and one of the pro-life activities they encourage us to volunteer for is Special Olympics. About ten years ago I decided to volunteer for a shift of bowling. I had no idea what to expect, and little did I realize what that would start for me.

I was instantly hooked. I had spent a number of years involved with youth soccer in the Austin area, and as more and more money got sucked into it, the clubs/coaches/parents got progressively more obnoxious. I’m sure most other youth sports are similar. What I’ve seen at Special Olympics is the polar opposite, making it a pleasure to spend time helping out. Everyone is there for the right reason.

You can definitely see where this is a pro-life activity. Many of the athletes have Down Syndrome or fall somewhere on the Autism Spectrum Disorder (ASD) scale. European progressives seem to have decided the best way to deal with Down Syndrome is to kill all babies who will have it. Examples: Iceland and Denmark. It’s disgusting and heartbreaking, and one can only wonder what’s next: “cures” for certain forms of cancer maybe?

That one shift of bowling for me soon turned into going for an entire day and then an entire weekend. For the past seven or so years, I’ve been spending two weekends a year on Area and State Bowling and one Sunday and one weekend on the Equestrian competition. I’ve gone through the basic levels of training to be a “key” volunteer – someone who oversees a particular area at state competitions – and additional Games Management and Competition Director training so that now I can be in charge of a bowling center for the weekend.

After being there a lot, it’s funny how you get to know some of the people – and they get to know you. This is Morgan. I chatted with her parents a couple of times and then they started going out of their way to look for me and thank me for volunteering. It made me feel weird since for me it’s a small sacrifice of time whereas it makes me realize how easy of a life I have compared to the huge sacrifices of the people who raise these kids. 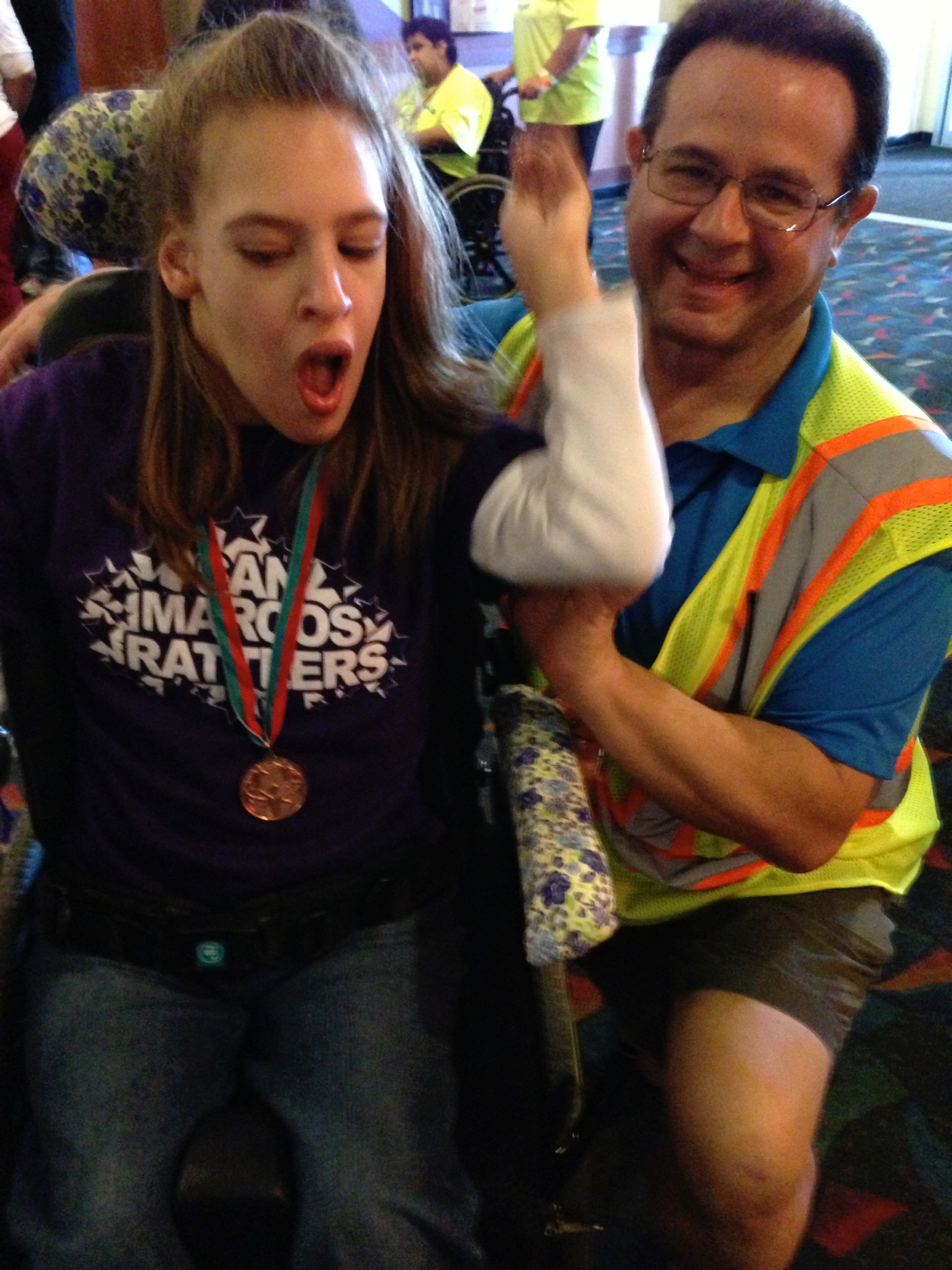 And this is Jared, who is quite a character. He is very serious about his bowling but he cheers for everyone. His mom and I have gotten to be friends. I always tell the volunteers on his lane that they are in for a fun shift. I learned from Jared’s mom something that should have been obvious. In addition to being fun for the athletes, these events are kind of therapeutic for the parents. They spend a few hours with other parents in more or less similar situations, and they can share things with them that they would not share with other friends. 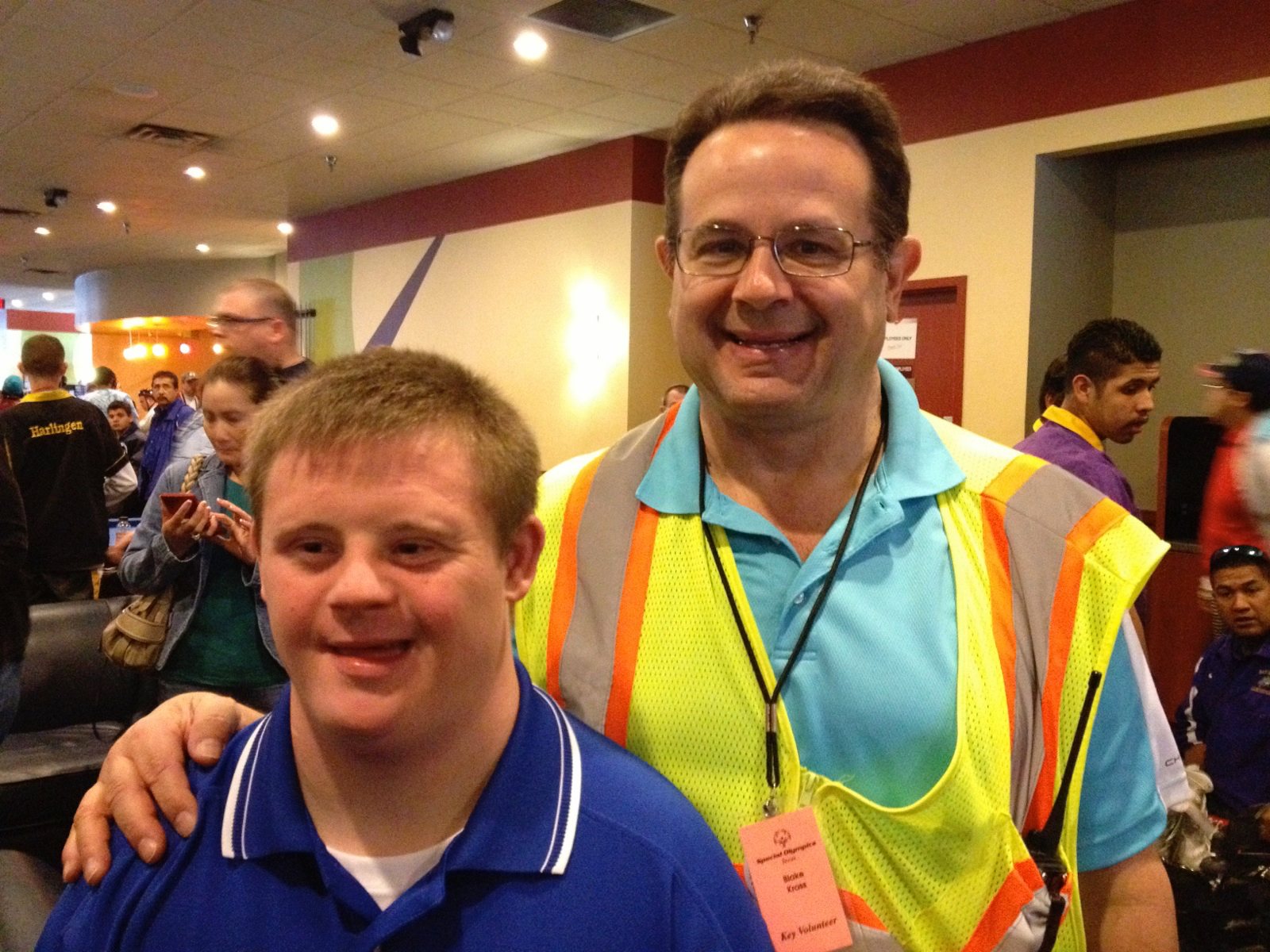 I could share lots of stories, but here are just a couple.

The State Equestrian Competition here in Texas is held in Bryan/College Station. That’s a couple of hours away from Austin, so I get a hotel room for Friday and Saturday night. All the state-level competitions include a “victory dance”. For Equestrian, the local Knights of Columbus cook and serve a dinner, then there’s a DJ for the dance. For the past few years I’ve been taking pictures during the competition as time permits and at the dance, and then sharing them with the delegations.

Last year’s dance had a 50s theme, and these two definitely got into it. It’s a lot of fun to see all these people being around dirt and horses all day and then getting dressed up for the night. The coaches also join in the fun, as do family members and volunteers. Everyone has a blast! The second picture was taken while “YMCA” played in case you couldn’t guess that. 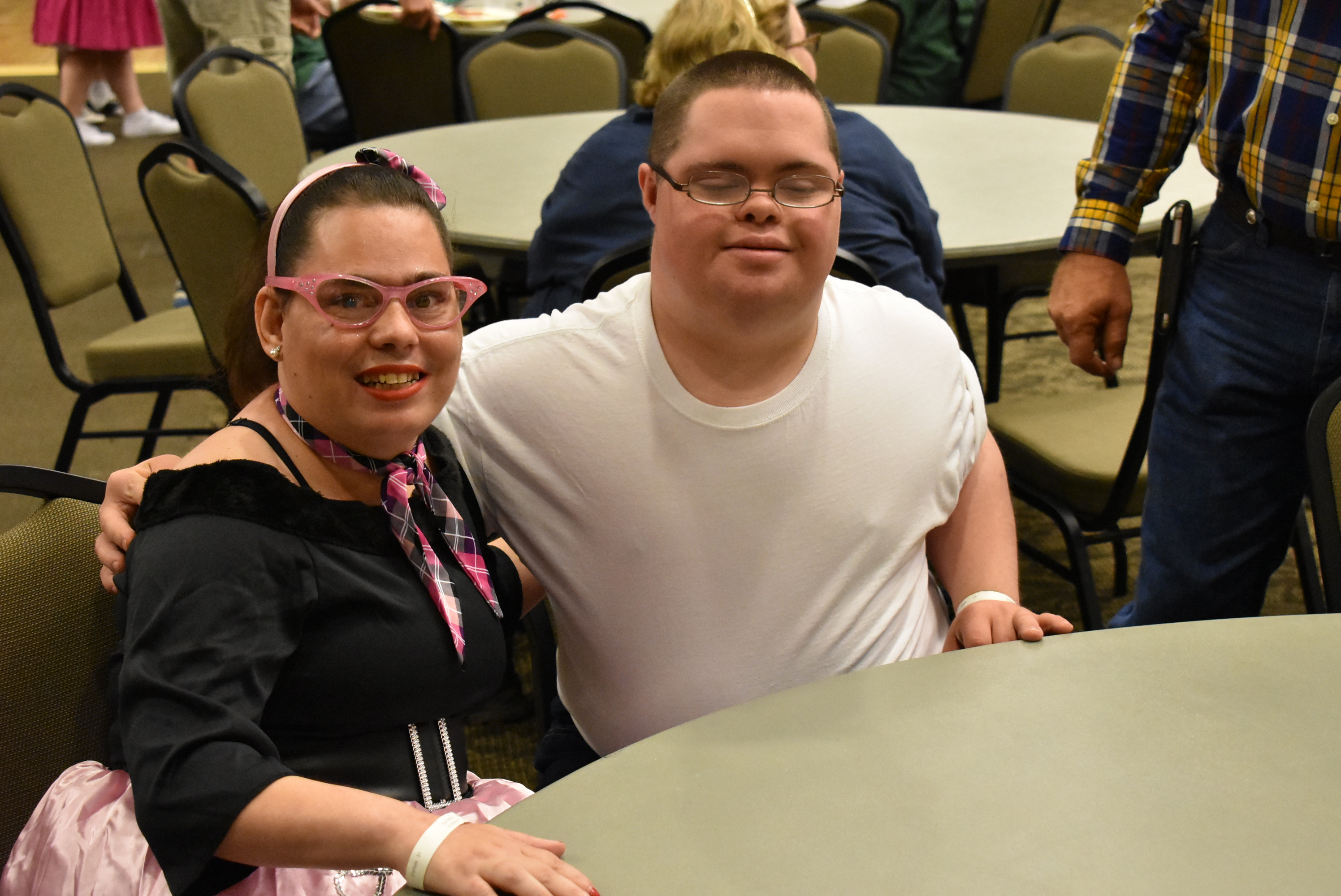 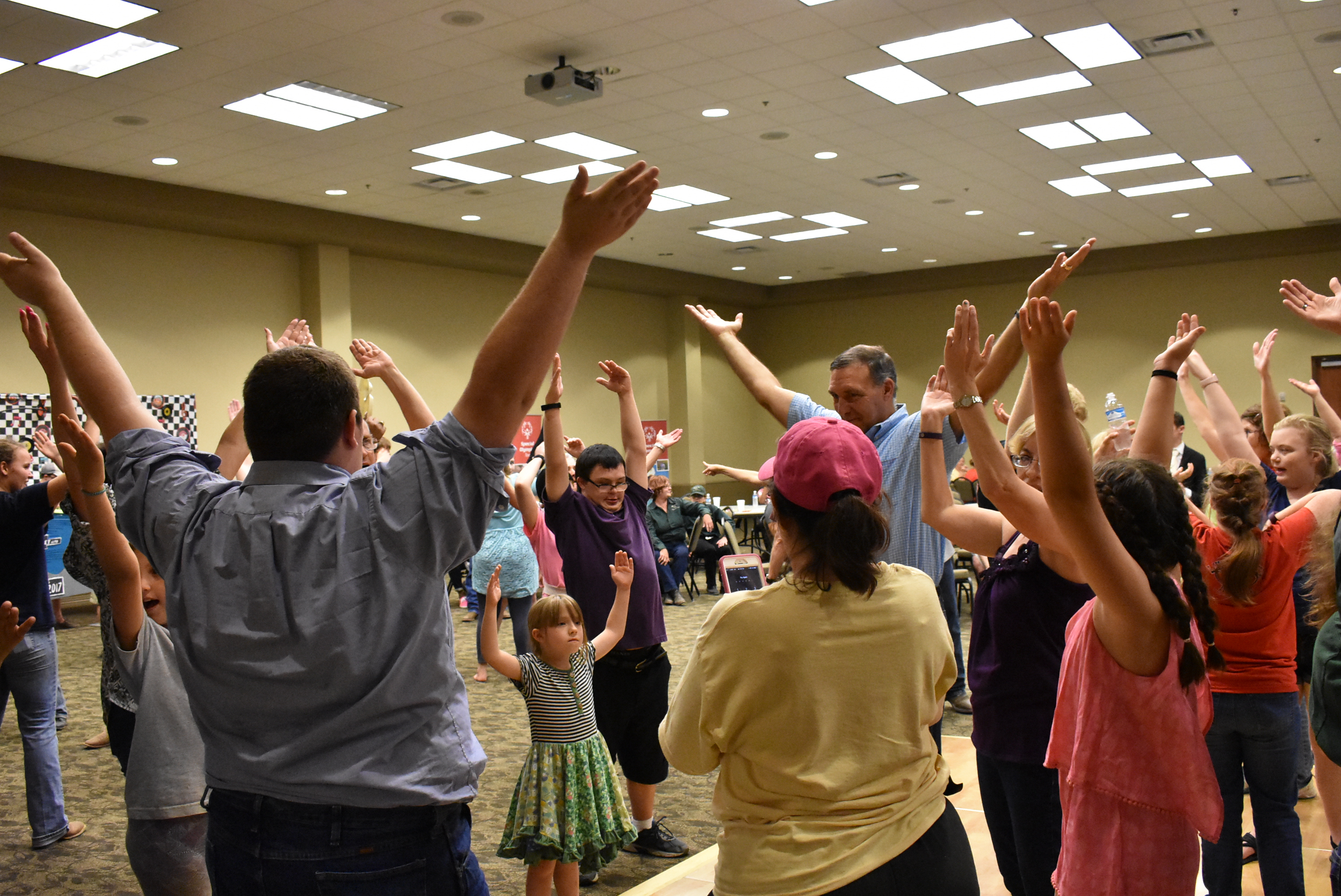 I hope some of you will take a look at volunteering for a Special Olympics competition in your area. I’m sure you’ll get hooked just like I did.

This is an open thread, so feel free to add your favorite volunteer activity or talk about anything else you choose.