We live in nation governed under the auspice of “separation of church and state” correct? Granted, this isn’t the post to argue the merits or the validity of that statement, but we’ll just go along with the Supreme Court’s decision that the two shall be separated by a “wall”.

I saw on the news last night and this morning that there is a “controversy” over the North Richland Hills High School mascot being the Rebels. One described “civil rights leader” of a man is calling on the state to order a change to that name. His name is Reverend Kyev Tatum. Yes, you read that right, he is a Reverend and is the president of the Fort Worth Southern Christian Leadership Conference.

Now remember my first statement, we live under a “separation of church and state”. So why is Rev. Kyev Tatum and NBCDFW, who would likely both agree with that “separation” be running this story? This man shouldn’t be in front of the NBCDFW camera because he is using his title of a Christian organization to advocate for his beliefs in the affairs of the state. NBCDFW used the Conference name as his title below his name on their graphic.

Why is this not causing the Liberal heads that watch NBCDFW to explode on sight? Do they not realize that NBCDFW is aiding and abedding the Church to interfere in State affairs? Is NBCDFW in favor of a theocracy?

NBCDFW did their dutiful part though to capture “both sides” of the issue, and we certainly got eyeballs full of at least one side of the issue.

Okay, I’ll solve one part of the riddle at least. Here are just a few of the reasons NBCDFW would run this story:

I have no beef with Rev. Tatum wanting to voice his opinions, he is entitled to them of course, but he should not use his status of president of a Christian organization or a Reverend to legitimize his claim to authority. That goes beyond my personal beliefs in the validity of the “separation of the church and state”. We must hold the Left to their OWN standards.

NBCDFW has since created an updated story about this, and this is the kicker quote for the whole issue:

Superintendent Gary Fairchild said last month that the crest is part of the school’s history and will not be changed unless the district gets complaints. Fairchild didn’t immediately return a message for comment Monday.

Yeah, we couldn’t see this whole issue coming from a mile away.

This also isn’t the first time he’s been trying to cause havoc in Fort Worth area schools. (NBCDFW search did not yield a story about this incident when I searched Rev Tatum)

So where will NBCDFW be when a Muslim cleric calls on Austin McCallum to change their name from the “Knights” because it reminds them of the Crusades? What about a Greek Orthodox Church, or other Christian denomination calls on Beeville Jones to change their names from “Trojans” because it reminds the former of sex acts and the latter of the Trojan War?

NBCDFW must be called out for their supporting of the interference of the church in state matters and shame on them for allowing Rev. Tatum a platform to so obviously breach the barrier of the separation of church and state! 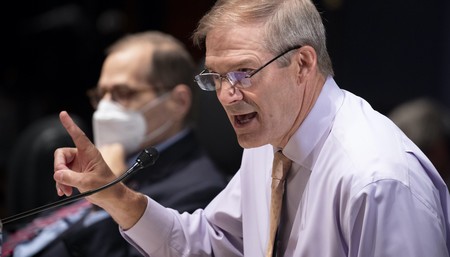